The following letter penned by Councilman Michael Raimondo was read into the record by Mayor Matthew Lehman at Thursday night’s Council meeting. Due to what Town Manager Dave Wilbrecht described as an agendizing oversight, Raimondo was disallowed from participating in the meeting via telephone from Mexico, where he is on vacation.

As Wilbrecht said in an email to Council: “Unfortunately, we did not post the meeting notice with the language that allows Michael to participate off-site.”

Raimondo’s letter is included in its entirety. It is not addressed to anyone in particular.

Since joining Council in June of this year, I was told by town management that the city would be voting to file bankruptcy very soon. While this is a very serious action, the management and city council members had explored all the options and this was the only path available to preserve town services as we know it.

Myself and Mayor Lehman are the newest council members and we inherited this fiscal and financial mismanagement of preceding city councils. Two current councilmembers sat on council when this mismanagement occurred.

We are now paying for the sins of a city council that over a decade ago was outwitted and outmaneuvered by development interests.

This settlement will severely impair the running of government services for years to come. I voted no for several reasons. This settlement and the path taken to get to the settlement were executed and implemented in a fashion that did not and will not serve the community’s best interests. The attorneys from MLLA and Terry Ballas received everything they wanted and the council elected to settle on terms that I believe are not beneficial. In my opinion, we should have taken our chances in bankruptcy court and worked out a long term payment plan that would have allowed us to keep many essential city services in place.

I am at a loss on how the council went from just passing a budget that called for a payment structure to MLLA of $500,000/year for 10 years to a settlement that calls for $2 million/year for 23 years. I believed the budget presented and passed by council was the affordable way for the town to deal with this debt.

Adding insult to injury, council learned only recently from our advisors that the budget

0
Sign Up
was never even feasible, yet they [advisors] never revealed that fact. The consultants and attorneys were paid millions to get the city ready for a bankruptcy filing; these same attorneys later said we may not qualify for admission into Chapter 9 Federal Bankruptcy protection. In my opinion, their actions and the associated fees that taxpayers were forced to absorb are questionable at best.

This settlement calls for payments of $2 million dollars per year for 23 years in addition to $2.5 million up front and another $3.5 million to Terry Ballas over the next 30 years. The true total outlay including the cost to finance this settlement is over $50 million. Do not be fooled by the smoke and mirrors of the amount presented of settlement of $29.5 million. Our community will be challenged to make this debt payment for more than two decades to come. There is the availability of paying this debt early and saving some principal, but that is very unlikely in the current municipal economic environment and the challenge of unpredictable weather in our region.

That we could not come up with a revised bankruptcy plan and continue to the federal court with that plan to take our chances and to stay the course, after spending so much time, energy and money is a tragedy. Additionally, we also lost our truly golden opportunity to reject numerous city government contracts the town entered into foolishly. We had a chance to wipe the slate clean, however, that train has left the station upon agreement to this settlement and in my opinion is irresponsible! I was a strong supporter to settle at a much lower number, one that would be financially sound and in the community’s best interest. If the court had rebuked that plan, we should have sought a plan that pays them very little each year and a term that is much longer with little or no interest.

Two things are for certain now, one, we will never know what the outcome of bankruptcy proceedings would have resulted in and secondly, we are in for very rough times in the delivery of city services for the foreseeable future.

In closing, keep in mind that this settlement has no provisions or considerations that include future drought period with little or no snow years, recessions, earthquakes, water delivery crisis to name a few. All of the aforementioned can happen in the coming decades. 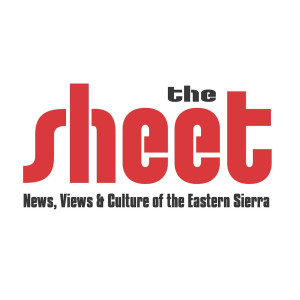