Even the wearable phase of technology could be trumped by ingestible and embeddable computing.

Technology is advancing rapidly. Nowadays we get in our cars and don’t even have to take the key out of our pocket to start them — just press a button and whirr! By the end of the year, Google will release Glass, the first production glasses that bring the power of Google right in front of you on an optical head-mounted display. There are many examples of this, but even the wearable phase of technology could be trumped by ingestible and embeddable computing.

With the tiny size of components, recent developments have made it possible to integrate a thermometer, battery, wireless transmitter, and other useful sensors in a device the size of an ordinary pill a doctor would prescribe. Nick Bilton, a tech columnist at The New York Times, says doctors could be using such tools in the next year, “if [they’re] technologically adept.” And this is just the beginning.

At the D: All Things Digital conference last month, Regina Dugan, senior vice president of Motorola Mobility’s advanced technology and projects team, demo’d a radio frequency identification (RFID) tattoo, developed by a company called MC10, that could allow you to unlock your phone without a passcode, so long as you’re in range. Even better, it could be used to start your car, open your garage door, or even automatically switch on the lights in your house when you have a late night at work. This “developmental” electronic tattoo won’t be available “anytime soon,” according to Dennis Woodside, CEO of Motorola, but it is “really important” to the company.

If you’re not comfortable with getting an electronic tattoo, it might be better to use an ingestible pill. These should be on the consumer market sooner, and it’s possible that they may be just as effective.

Proteus Digital Health, a Redwood City, Calif.-based company, is one of the smaller companies working on the evolution of such technology. The company’s pills don’t even need a battery because they can be powered by your body, much like the potato battery experiment you performed in middle school. Magnesium and copper can be found on each side of the pill, which will use your stomach acid for power.

Once it’s on, Proteus’ pill can track your movements and habits, notice if you’ve taken your medication for the day, and even observe blood flow and body temperature. All of this information will be sent to a patch that you wear.

Other developments in the electronic pill industry include HQ Inc.’s CorTemp Ingestible Core Body Temperature Sensor, which will send your internal temperature to a receiving device wirelessly with the use of battery power. It’s currently being used to ensure that astronauts, firefighters, football players, and soldiers do not overheat in extremely active situations. Their managers can monitor and warn them without needing to interfere with their activity.

The looming question is, when one of these pills has gone through your system, what happens to it? Lee Carbonelli, the marketing director of HQ, says the device “passes naturally through the body in about 24 hours.” However, due to its high cost of $46 each, there are those who would prefer to “recycle” it. As for other technologies like the Proteus pill, it’s too early in their development to know what users will do and how convenient “recycling” will be.

Since these devices are very new and still require lots of testing, there are many concerns. Privacy is key, since most people don’t even like the idea of having a camera on their face (Google Glass) all the time. With pills that could be developed to know many vital details about your internal organs and well being, then have the ability to wirelessly transmit it, there are hacking concerns.

Biotechnology like the electronic tattoo MC10 is working on could mean that futuristic TV shows like Continuum are leaving the boundaries of “dream” and becoming reality. This is great, but we’re still years from a perfect hologram of our commander on the battlefield and pink hover boards aren’t on every street corner yet. At least this kind of technology gives us something new to think about when writing fiction. 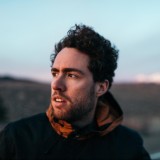