Some of this year’s Burning Man participants, also known as “Burners” have a beef with Mono County.

“There was a banner at Burning Man about not stopping in Mono County,” said Walker Burger owner Teresa Gilleland at Tuesday’s Mono County Board of Supervisors meeting. “It said to go around Mono County and not spend any money there.”

The annual art event and temporary community based on “radical self expression and self reliance,” according to its website, is held each summer in the Black Rock Desert of Nevada. This year the dates were Aug. 26-Sept. 2.

The complaints stemmed from Burners who felt targeted by law enforcement when driving through Mono County on their way to this year’s Burning Man.

Two law enforcement patrols seem to be the reason for the negative press. The first was a California Highway Patrol/Driver’s License Checkpoint held on Aug. 24 in Bridgeport. According to the press release from CHP, the checkpoint was held from 6:05-9:45 p.m. and resulted in three felony arrests and one misdemeanor citation. The arrests were made when one vehicle entered the checkpoint and smelled of burnt marijuana. The driver and two passengers in the vehicle were arrested for “felony possession of multiple controlled substances.”

A total of 341 vehicles were screened. No drivers were arrested for driving under the influence, which CHP attributed to the fact that it had publicized the checkpoint beforehand.

A second law enforcement effort called a saturation patrol was conducted by the Mono County Sheriff’s Department from Aug. 22-25 in various locations in the northern half of the County, according to a press release sent out on Aug. 28.

“The purpose of the enforcement was to combat people trafficking illegal narcotics through and too our communities,” the release said. “With the assistance of the Mammoth Lakes Police Department, the California Highway Patrol, the Bishop Police Department, the South Lake Tahoe Police Department, and the Eldorado County Sheriff’s Office, the patrol was successful in netting 17 felony arrests. The abovementioned agencies supplied officers and drug sniffing dogs.”

The following were the arrests listed in the press release:

On Thursday, August 22, Michael Stefaun, age 44, and James Wilson, age 43, of San Diego, were arrested as a results of a traffic stop for possession of cocaine, ecstasy, marijuana, and psilocybin mushrooms.

On Friday, August 23, Todd Buckley, age 30, and Kyle Walker, also age 30, both from Bellingham Washington, were arrested as a result from a traffic stop for possession of psilocybin mushrooms.

On Friday, August 23, Tracy Duncan, age 42, from McMinnville Oregon, was arrested for possession of a methamphetamine pipe and a used syringe.

On Saturday, August 24, Martin Robertaccio, Curtis Wood, Jeremiah Mezzel, and Luke Mezzei from Los Angeles County were arrested as a result from a traffic stop for possession of cocaine, ecstasy, MDMA, LSD, and marijuana.

On Saturday, August 24, Paul Neadow, age 35, of Wilton Manor Florida, and Bret Gerber, age 47, of San Diego were arrested on a traffic stop for possession of Mdma, psilocybin mushrooms, GHB, and ecstasy.

On Sunday, August 25, Jonathan Blaising, age 26, was arrested for possession of Adderall and Xanax without a prescription.

Posts were made on Burning Man forums online about the activity. The following on us.reddit.com was titled, “WARNING: HWY 395 is a BUST through Inyo and Mono Counties.”

“The Inyo PD. Sheriff’s Dept. & CHP have made 17 felony stops all for various drugs, between Aug. 26 & 27. Most were various psychedelics. They have drug-sniffing dogs with them. They get 1 or 2 felony stops every now and then but right now they are targeting Burning Man travelers. Be extra careful if you have a car full of people in area from Ridgecrest to June Lake. This includes Bishop & Mammoth. I hate to see people who have stuff for personal use, who want to go out to the desert and have a good time, end up in jail with multiple felonies. Please be careful & warn anyone you know who is going. None of the people arrested were locals. Most were from LA and were groups of males with long hair.”

“I’m not against the checkpoints, but if they’re being targeted that’s not cool,” Gilleland said. “I’m not sure what the Board can do but I heard it from three different loyal customers.”

Supervisor Tim Fesko said the checkpoint and patrols were “absolutely targeted to Burners.”

Fesko, who owns the Meadowcliff Resort in North County said he usually sees a lot of Burners but did not this year. In addition, tow guys on their way home from the event stayed at his place and confirmed the buzz.

“It’s not right to target them,” Fesko said.

“In the future, consult with department heads,” Lyster said.

Mono County Sheriff Ralph Obenberger explained to The Sheet that the saturation patrol had been planned months in advance with multiple agencies involved.

“We were aware that this weekend did coincide with the possible travel dates of individuals attending the Burning Man gathering in Nevada,” Obenberger said. “When the Sheriff’s Office observes any type of traffic infractions, violations of the law, or suspicious activity, etc. we will take action such as a consensual encounter, traffic stop, etc. and conduct an investigation.  Through that investigation the deputy will at some point give the individual a warning, citation, or arrest the individual for a violation of law.  The Sheriff’s Office does not target any person just due to their associations with groups.  We do not and will not condone illegal activity in Mono County (e.g. DUI’s, narcotics possession, narcotics trafficking, etc.).”

Obenberger said the Sheriff’s Department conducts saturation patrols several times a year and he believed the last one was held in the south county area.

“In talking with my staff, most individuals contacted that weekend did not or would not identify themselves with being associated with Burning Man, nor would it matter if they did,” Obenberger said. “If a deputy has legitimate probably cause to search a person or vehicle, they will. If the deputy has the opportunity to arrest an individual for violating the law, they will, it’s their job. It does not matter if that person is heading to Burning Man, heading through the county on a business trip, or heading to one of our local communities, if they break the law they risk going to jail.” 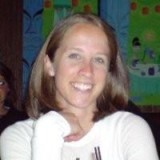