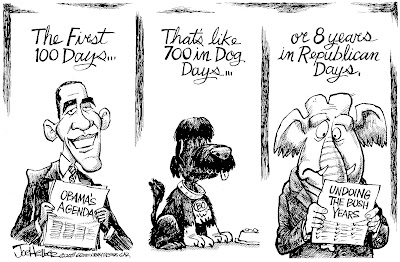 Attended the latest Mammoth Lakes Chamber of Commerce business forum on Wednesday, where Chamber members were charged with the task of how to drum some up additional spring business.
Mammoth Mountain Ski Area Marketing Director Howard Pickett was the special guest, and he outlined what the mountain is doing promotionally this spring.
They’re offering $69 daily lift tickets with multi-day discounts, and $99 anytime spring hotel deals where if you stay two nights you get a third night free.
Pickett was proud to announce that the MVP club sold out as of Wednesday.
“We sold a lot more new passes than I thought we were going to sell,” he said.
MVP club membership will increase 30% this year.
“A key component … is that these new members are eligible to ski now,” said Pickett, and he hopes that these new members will choose to use their passes now.
But it’s a lot harder to lure people away from the beach when it’s 90 degrees as opposed to 75, he admitted.
Pickett said he believes the use of two additional databases (SKI Magazine and SBE – Sammy Boy Entertainment) was effective in helping to market the reopening of the club.
Pickett also said the program to sell discounted lift tickets at Costco this winter proved especially successful in the beach communities.
Pickett said MMSA has made a big shift to online advertising this year.
He likes marketing online because he can monitor the click-throughs and activity. It’s more quantifiable.
“We weren’t seeing a lot of newspaper return [for the dollar]. Maybe that’s why they’re dying,” said Pickett.
Then again, he said moments later that MMSA does a lot of network buys online for newspaper networks which include the Orange County Register and L.A. Times.
Chamber member Dawn Vereuck said afterwards that she thought the Town should head in the same direction with its media buys (online versus print).
As she scanned the list of publications the Town buys ads with, the problem was twofold: 1.) quanitfying effectiveness, and 2.) demographics.
“First, we only get about a 2 to 5% direct response, and second, of the people who do respond to ads in publications like Sunset, well, they won’t be around [for long],” she said, trying to be diplomatic. “10 years from now they’ll all be sitting in a puddle of their own drool,” she said, less diplomatically.
And this really was the crux of the meeting. On the one hand, you had Matthew Lehman bemoaning the lack of creativity in the Town’s marketing program (“If you don’t change the formula, you get the same result every time”), and on the other hand, you had Tourism and Recreation Director Danna Stroud saying, hey, our marketing program is based upon taking advantage of and promoting existing events, so if someone steps forward with a good idea, we’ll support them in that endeavor.
Steve Mueller, whose family used to put on the annual Oktoberfest celebration, disagreed with the claim that the Town is terribly supportive. He said the Muellers gave up on Oktoberfest once the fees and the rules and permits made it too much of a hassle.
John Vereuck chimed in, saying, “Everything I do with the town … it [the process] is unbelievable.”
Stroud pointed out that by the time she arrived in town, Oktoberfest was a distant memory.
But really, the Town does need to delve into its marketing philosophy as well as its allocation of resources.
Because it appears Chamber members are dissatisfied with the status quo. They want improvement of existing events as well as creation of new events. How do you do that? Seed money. The Visitor’s Bureau says it doesn’t have any money, that private entities need to supply the seed money.
Wrong. Give the private entities the seed money, and I’ll bet you end up getting double the sweat equity and four times the passion in return.
Philosophically, the Town needs to operate like a 21st century business. It needs to be leaner and meaner and needs to contract out more of its services, particularly entrepreneurial or creative services.
My idea is simple. You want to create new events? Eliminate one permanent staff position, and with the $100,000 savings, give 10 different people $10,000 each. Or give 5 different people $20,000 each.
Yeah, there’ll be concerns about oversight, and yeah, you’re gonna have a few duds. But large companies take big risks in R & D (Research and Development) all the time in order to create breakthrough products like the iPhone or the Snuggie.
Give the Muellers $10,000 in seed money and I bet you’ll resuscitate Oktoberfest tomorrow. And that would represent one more new shoulder season event than the Town has created since I’ve been here.
Give $10,000 to an existing event like Bluesapalooza and help Sean Turner expand it by a day or add a stage.
Give the Felici Trio $10,000 and do Pops in the Park multiple times a summer, not just on the 4th of July.
The argument the Tourism Bureau makes to us now is that it’s more important to spend money at trade shows getting our name and message out. I say we’d be better served improving our product and establishing a little old-fashioned word-of-mouth buzz.

Then on Thursday, I attended the Mono County Collaborative Planning Team meeting where Steve Noll of Design Workshop led a discussion about the Eastern Central California blueprint and Eastern Sierra Corridor Enhancement Program.
Basically, they’re trying to envision what the year 2050 should look like in the Eastern Sierra.
Esseentially, everyone seemd to want to retain the open space and the beauty while cashing in on the tourists and sustaining a year-round economy … but still having a shoulder season.In short, we’re all disciples of Goldilocks. Not too little, not too much, not too crowded …
We don’t want trucks rumbling through town but we don’t want highway bypasses, for example.
Mono County’s Greg Newbry did say the best way to promote a sustainable economy with the least amount of impact would be to improve local wireless/broadband coverage.
Then again, I also thought he went a bit too far by saying we might lose business to peer resorts if people couldn’t access the outside world from Red’s Meadow.
Supervisor Vikki Bauer envisions Mammoth being the bridge between sereval distant cities, and wants to improve public transportation access from the Bay Area as well as Southern California.
She mentioned that it’s now possible via Amtrak to possibly travel via public transport from the Bay, albeit with three transfers, albeit with Amtrak.
You might have better luck hitchhiking.
Of the Eastern Sierra, Noll said, “I’m always amazed it hasn’t grown any faster.”
Clearly, he hasn’t attended any Mammoth Lakes Town Council meetings lately.

On the mining scene, Cougar Gold says it’s backing off of using helicopters as part of their exploratory drilling operation.
Some residents complained vehemently that they would adversely affected by the noise.
Unfortunately, going by air was advertised as less harmful to the local environment.
Anyway, now they’re going in by truck.
Cougar Gold is drilling for core samples in the Paramount Mine Area which is located within the Bodie Wilderness Study Area.