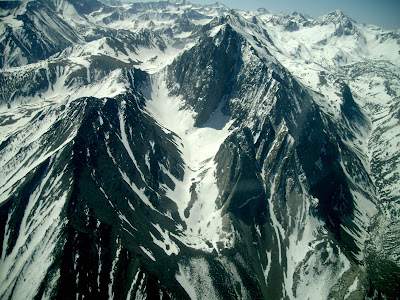 County looks to spruce things up.

You can question some of its choices, but don’t accuse Mono County’s Board of Supervisors of spending money like a bunch of drunken sailors. On the contrary, while the U.S. Congress, and to some extent the Mammoth Town Council, are going through money like water, by comparison the County has been squirreling it away.
That fiscal frugality paid off during the Board’s meeting on Tuesday, especially when it came time to review Public Works Director Evan Nikirk’s “home improvement” priority list for the rest of the fiscal year.
Nikirk presented the Board with a potpourri of projects, a mix of in-house and external contracts, some already allocated, and some potential work that could be done with the Board’s approval of additional funding.
Already budgeted: $96,000 of projects, including upgrade and repairs for the Bridgeport Courthouse, a scoreboard for the Crowley ballfield, more mailbox clusters for Crowley Lake Drive, fencing for the Gull Lake tennis facility in June Lake and an irrigation system for the Walker Ballfield, among other items.
Also discussed was a proposed expansion of the Bridgeport Senior Center for use as a Visitors Center. Board Chair Bill Reid backed the concept, saying the Regional Planning Advisory Committee’s been working on this for years.
The Planning Department’s Tony Dublino told the Board, “Anything that happens at the Senior Center is going to be a bonus. I’m sure the RPAC will be happy with it.”
On Nikirk’s wish list for additional money, $105,900 of work that would mean IT (Information Tech.) server upgrades for the jail, ADA (handicap)parking stalls for the courthouse and various and sundry jail repairs, as per a state inspection punch list.
Supervisors Hap Hazard and Byng Hunt both also backed completing the installation of multimedia upgrades and new video conferencing gear.
Supervisor Vikki Magee Bauer asked Nikirk why the need for “new money,” which Nikirk replied was a result of his budget for 2008-2009 being maxed out.
“We need to revisit your budget,” Reid told Nikirk. “You should have more realistic money, and a 10% contingency.” Bauer agreed, adding, “[The Board] should make sure you have enough.”
County Administrative Officer Dave Wilbrecht echoed that idea. “At some point [that spending] will level off, but [Nikirk] and his staff have been getting very efficient lately, and they’ll be coming to you for more money,” he advised the Board.
Nikirk and County Finance Director Brian Muir said, however, that some of the items on the list, such as $12,000 worth of new paint for the Memorial Hall and improvements to the Mono Lake Cemetery, could be paid out of Capital Improvement funds. An additional $12,000 for a new septic system for the Wellness Center in Walker could be recouped in reimbursement from Mental Health, which Muir said still owes the County money.
Muir said there was about $1.7 million in unallocated funds still available, so approving the extra money wasn’t a problem. Also not a problem were the contracts for the various items, which Nikirk said fell below the financial threshold which mandates Board approval. The Board’s main caveat: get it all done by year’s end and keep us updated.
Given the economy these days and the financial perils facing many government agencies, the Board was pretty upbeat about its financial situation at the moment. “We’re very fortunate we can have these kinds of conversations,” Reid opined.
Hazard agreed. “This is our opportunity. Let’s get this stuff done,” he said.
The dip into the piggy bank, however, only went so deep. Things such as new tennis court surfacing and installation of a backup generator for Old Mono General Hospital were deferred until next year’s budget.