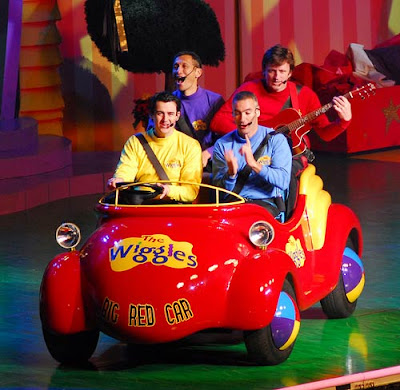 Mammoth developer finds some when it comes to zoning amendment

Planning Commission chair Elizabeth Tenney didn’t realize it at time, but hitting on the phrase “wiggle room” during the commission’s public hearing Wednesday may have inadvertently hit on how to approach the zoning amendments sought by Mammoth Crossing developer Doug Regelous.
Before getting started, Tenney advised the room that the meeting would only be part one of the process. The commission could take no action until Town Council finalized its North Village District Study work, which was expected that night during a special meeting (but ultimately continued to Town Council’s July 1 meeting). Regelous seemed content to let things take their proper course. “A project this complex requires careful deliberation,” he observed.
Some five years after starting the environmental process for an ambitious proposed redevelopment of three of the four corners at the intersection of Main Street and Minaret, Mammoth Crossing’s team went before the commission seeking a series of district zoning and General Plan amendments to the North Village Specific Plan. Surprisingly, though certain parts of the amendments (principally building heights) met with some push back from the public, no one spoke out against the project as a whole.
In fact, most voicing concerns qualified their reservations, saying they are largely supportive of Regelous’ efforts to upgrade the look and increase commercial activity within the district
One of the Crossing’s most eloquent proponents was Whiskey Creek owner Greg Alexander. “I may need a drive-through window when this is done,” he quipped, “but what I look like in the future isn’t important. This is about what’s needed to support the town in the future. This project could be a great stimulus.” [Regelous], he went on to say, is “the right developer at the right time.”
As Regelous sees it, density is the force that’s driving the three sites, with much of the current plan predicated on having up to 80 units per acre. While Regelous said there’s no way to anticipate what final occupancy will be, he also stated firmly, “We can’t make ‘hot beds’ at 48 units per acre,” for which the district is currently zoned. “Hot beds demand animation, amenities and access,” Regelous said. “We need 80 to make it commercially viable.”
Height was an issue for many, in particular Tenney, who said she saw a fair amount of “wiggle room,” given the site’s topography, with significant changes in elevation across its 3 sites. Project architect Paul Merrick took Tenney’s point when addressing the tug-of-war between height measurement and land elevation. “It’s not just the numbers, it’s also where they’re measured from,” Merrick explained.
That in turn led to several comments that asked for protecting private views. Heights of up to 120 feet, they said, compromise views of the area’s surrounding natural environment. What defines “height” was also brought up, since depending on what figures you reference, there are singular heights and aggegate project heights that appear to conflict with each other.
Steve Mueller, conversely, took view impacts in stride. “They’re part of growth; you can’t help that,” he said. Mueller also said he thought higher density may actually help traffic, and the extra parking might help the Town’s desire for feet first mobility.
Tom Moody and Andy Ott were both behind the overarching development, but had similar problems with height and density. “Zoning will give legal entitlement to [height and density],” Moody opined. For his part Ott suggested using this development to set precedent for future processes, which he would like to see go smoother. “Let this be the last one,” he said. “Next time a developer comes in, say, ‘Great. Here are the rules. Don’t even think of asking for a variance.”
Tenney’s main objection, an extension of her height concerns went to the layout in Site 1, which she said wasn’t workable. Regelous and Merrick explained that the drawings and their associated building envelopes are conceptual. “We have to model something so we can assess it commercially,” Regelous said. He went on to promise Tenney they wouldn’t bring back the same plan during the Use Permit phase.*
Commissioners Jay Deinken and Sharon Clark both said they’d like a “red balloon” demonstration of height, similar to that provided by Snowcreek developer Chuck Lande. Clark said she’s prefer as many balloons as possible to represent varying levels on the site.
*Note: In the print version of this week’s Sheet story, the “would” in this sentence should read “wouldn’t.” We apologize for any confusion this may cause our readers, not to mention Mr. Regelous and Commissioner Tenney! (Sorry for the typo, folks!)