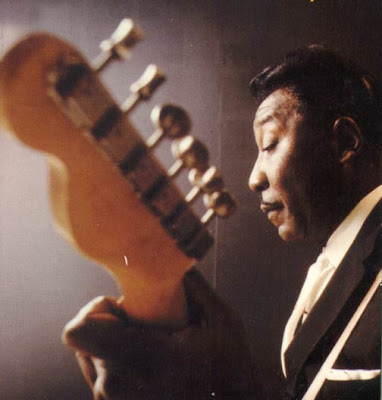 Attention Mammoth: The Clearwater is no longer the Clearwater. Good news, perhaps, for a proposed development seeking a fresh start with an eternally skeptical public. Bad news, of course, for a newspaper publisher with a weakness for puns. No more headlines about Clear Sailing or quotation of Muddy Waters lyrics.
But I digress.
Developer Jim Demetriades and his new development team, which features old hand/familiar face Dana Severy as Project Manager, unveiled a new set of design plans at the Mammoth Lakes Planning Commission meeting on Wednesday. Demetriades says he plans to formally submit a use-permit application and tentative tract map for Old Mammoth Place within 45 days.
Old Mammoth Place is a six-acre rectangular parcel bordered by Old Mammoth Rd. to the east, Sierra Nevada Rd. to the south, Laurel Mountain Rd. to the west, and the Mammoth Mall to the north.
Demetriades described the new design plans conceived by San Francisco-based BSA Architects as a “total reset,” and fellow developer Ward Jones told The Sheet after the presentation that based upon what he saw, Demetriades should ask for a refund from the previous architect.
Community Development Director Mark Wardlaw also characterized the new plans as a significant step forward. Planning Commissioner Tony Barrett was more effusive. His summation: “Brilliant.”
Demetriades, who said he has “doubled down” in Mammoth both philosophically and financially and may now have the largest vested interest of any individual in town after buying out a partner, appears to have a two-pronged plan for Old Mammoth Place.
In the near-term, he plans to invest in and refurbish the existing Sierra Nevada Rodeway Inn and increase the occupancy of the property over the next few years until the economy recovers. In fact, Demetriades and his family (which includes four children under the age of seven) now stay at the Rodeway when they’re in town.
Longer-term, he plans to redevelop the site.
Severy, formerly of Intrawest, said bluntly that when he was brought in, “I thought that Ray Charles could see the previous effort was about the buildings and the mass of buildings.”
The new effort, he says, focuses more on the space between the buildings as well as amenity opportunities who can make Old Mammoth Place a compelling destination for visitors and locals alike.
Though the new plans came in at the maximums in terms of height (55’) and density (80 rooms/acre), the placement of buildings has been reconfigured to maximize the site’s southern exposure and move the mass of the buildings away from Sierra Nevada Rd.
In addition, Architect John Ashworth put in several unique features.
First, he’s included a skating rink within the southwestern section of the property.
Second, the workforce housing is not sequestered as a single building within the project, but rather, is spread throughout. Like the workforce housing above Starbucks, Old Mammoth Place plans to locate some of its workforce housing along Old Mammoth Rd. above commercial businesses.
Finally, using San Francisco’s Union Station model, Ashworth added an enclosed marketplace with a sunroof (which Ashworth says can be engineered to withstand the snow loads). The vision is of a bustling commercial center with stalls, some as small as 100-square feet, which can accomodate independent vendors who normally can’t afford brick-and-mortar space.
No public comment was made regarding the new design, so it’s hard to know what the neighbors might feel, but Demetriades is clearly reaching out in a way he did not before to find out what the public thinks.
He specifically sought out Mountain Shadows resident Pat Eckart after the meeting, and Barrett noted that Demetriades rode his bike to Suite Z.
Like any good salesman, Demetriades replied, “Based upon the location [of Old Mammoth Place], I can ride anywhere.”