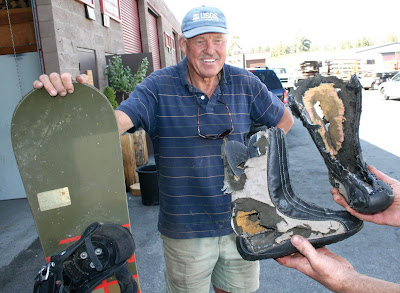 Bob Drake with LeMarque’s board and boots. (Photo: Lunch)

Five years after skiing off the backside of Mammoth Mountain, getting lost in the backcountry and narrowly escaping death, Hollywood may be knocking on Eric LeMarque’s door 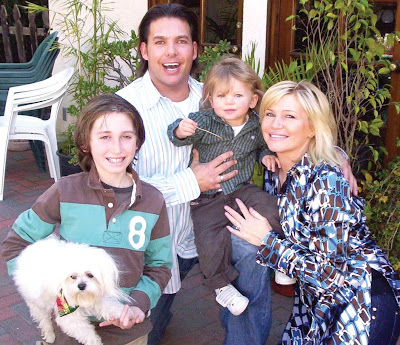