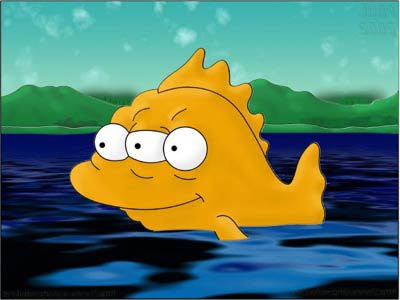 “Water, water everywhere, nor any drop to drink.” -Samuel Taylor Coleridge, from “Rime of the Ancient Mariner,” 1797

The recent local uproar about water quality provides a perfect platform for the second part in our series on water. Amidst a slew of misinformation this article will attempt to clear the air, or in this case … water.
Compared to other developed and certainly developing (Third World) countries, we are fortunate to enjoy a fairly high standard of water quality.
National, state and local agencies ensure a “safe” level of various substances from arsenic to uranium.
In 2008 the Mammoth Community Water District conducted 1000 tests for more than 80 components that are regulated by the state’s Department of Health. Local water sources included surface water from Lake Mary and ground water from seven wells located within the Mammoth basin watershed. Although water from Lake Mary is pristine by any standard, well water has naturally occurring substances such as iron, manganese and arsenic which are removed by various processes.
Your location within our community determines whether your water comes from Lake Mary, wells or a combination of both. No matter what the source you can be certain the Mammoth Community Water District is committed to producing water which comes as close as possible to the public health goals which are set by the California Environmental Protection Agency.
I queried Karl Schnadt, Operations Superintendent for Mammoth Community Water District, as to whether he trusted the quality of our water. “I drink tap water everyday and have raised my family on it,” he stated without hesitation.
Schnadt further stated that a recent public notification regarding arsenic levels in excess of the maximum contaminant level (MCL) is worth mentioning. “First of all, arsenic in our area is a result of the volcanic nature of our water table and until recently our levels were well below the previous level set by the E.P. A.,” he said. “Recently, however, they lowered that level from 50 parts per billion (ppb) to 10 ppb, making our previously acceptable level of around 20 ppb in violation of standards, which precipitated public notification.” He assured me that “we’re working to make that better” and that recent testing demonstrated levels within acceptable limits.
Essentially, “arsenic happens,” and is an inevitable and filterable part of living in Mammoth Lakes. But when it comes to consuming arsenic, lead, chlorine and a cornucopia of contaminants, how little is still too much and what can we do about it?
First, a primer on poisons …

According to the National Academy of Sciences and the World Health Organization, excess arsenic in drinking water may cause kidney and liver cancer, nervous system disorders and serious skin problems. As many as 50 million Americans drink water with unsafe levels of arsenic, most of whom use private (un-monitored) wells. Drinking water provided by most public utilities meets or falls below the current national standard for arsenic, which is 10 ppb.
Most arsenic enters the water supply either from natural deposits (which is the case locally), or from industrial and agricultural sources. Arsenic is a well documented human carcinogen and I recommend filtration no matter how low the levels may be. According to NSF International, a national authority on water filtration, reverse osmosis filters can be effective at removing arsenic. Remember bottled water is not necessarily any safer than tap water so don’t assume it is arsenic-free.

Chlorine is not a contaminant, it is added to disinfect our water supply and is necessary to remove bacteria, viruses, giardia and a host of other beasties.
In the early 1900s, prior to widespread disinfecting practices, scores of people died from water-borne disease. In fact, the filtration and disinfection of water is considered to be directly responsible for a large part of the 50 percent increase in life expectancy during the last century.
The Centers for Disease Control (CDC) even went so far as to claim that chlorination of drinking water “is one of the best public health achievements of the 20th century.”
Although chlorine itself is readily removed and easily dissapates from water the byproducts of chlorine disinfection gives reason for concern. Trihalomethanes (THMs) are a class of disinfection byproducts which may have negative impacts on human health. The EPA is concerned that long term exposure to high levels of THMs could be associated with urinary tract and colorectal cancer. As a result, regulatons limit THMs to 80 ppb. Although MCWD has levels around 12 ppb, it is still advisable to filter for safety and peace of mind.
Trihalomethane can be filtered with activated carbon filters, but be sure that they also bear the NSF approval for that substance.

Copper is an essential nutrient but excess levels can cause gastrointestimal distress and long term exposure may be associated with liver and kidney damage. Copper comes from internal corrosion of household plumbing systems and is easily removed by an NSF-approved filter.

Flouride comes from erosion of natural deposits in the water table but is also added to many communities water supplies to prevent tooth decay. The CDC continues to promote the addition of flouride to community water systems despite widespread public concern about the long-term effects. Many communities, including our own, have adopted legislation to prevent the addition of flouride to public water supplies.
Concerns about excess flouride intake range from possible bone cancer and osteoporosis to birth defects and developmental delay, although the CDC and EPA deny any scientific evidence. And although MCWD does not add flouride, it occurs naturally and, same as chlorine, can be filtered out.

As with copper, lead comes from household plumbing systems. Lead levels can vary from home to home depending on the composition and age of its pipes. The effects of lead intake on health are well-documented and are a cause for major concern. Infants and children who drink water with excess lead can experience significant physical and mental developmental delays. Adults with chronic lead exposure can exhibit kidney disease, hypertension and neurological problems. Call the MCWD to have your water tested … simple filters can remove the lead.

Uranium is one of those naturally occuring contaminants in groundwater, but also can result from mining, agriculture and (of course) nuclear power production. Locally, however, there’s been a lot of sensationalism surrounding its perceived health effects in drinking water.
According to Mono County Public Health Officer Dr. Richard Johnson, there is little scientific evidence supporting a link between uranium intake and cancer or any other malady, aside from kidney damage. Johnson said there are studies that suggest an increased risk of kidney damage associated with ingesting high levels of uranium.
Although the Town of Mammoth Lakes enjoys uranium-free water, this is certainly not the case for Crowley Lake, Chalfant and surrounding communities. Johnson said that “virtually all Eastern Sierra water systems and wells would show levels above the thresholds set by the state’s Office of Environmental Health Hazard Assessment.”
Evidence exists that reverse osmosis filter systems may be effective for uranium filtration.Boiling water won’t remove uranium and bottled water is not necessarily any safer than the tap. In my opinion, distilled water isn’t a good option because it essentially leaches minerals from the body.
And finally …
“I never drink water; that is the stuff that rusts pipes.”
Althought W.C. Fields had his opinion, my recommendation is to use filtered tap water. Any filter you purchase, should bear the NSF logo to ensure that it’s been tested to extract the contaminant of concern. Keep in mind: some reverse osmosis filtration system waste large amounts of water, so research is worth your time.
Bottled water is an alternative, but not necessarily any safer than tap water and poses a huge environmental burden. More on water, plastic and its environmental impact next week in The Sheet.
More info on water safety and testing: call the EPA, 800.426.4791, or visit www.epa.gov/safewater, or call the MCWD at 934.2596.
For info on water filters, call NSF International at 800.673.8010 or go to www.nsf.org.