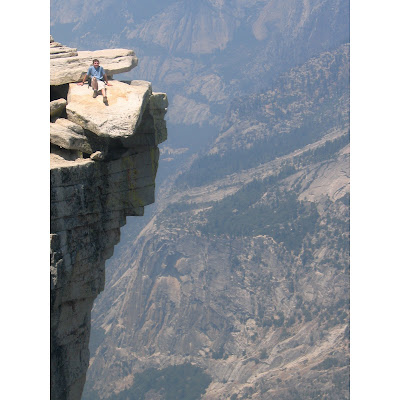 We live in an age of new buzzwords. Technology changes not only the way we live, but also the way we talk, and of course how we market ourselves. That includes tourism, which may take an online leap forward with a new buzzword, “geotourism,” and a new web-based marketing tool, both courtesy of the Washington, D.C.-based National Geographic Society.
National Geographic, the force behind one of the world’s best-known travel magazines, defines “geotourism” as “Tourism that sustains or enhances the geographic character of a place.” National Geo has also become the team behind a series of regional websites that use uploaded geotourism information from locals to highlight things to do and see for prospective visitors. Members of the Sierra Business Council (SBC) and Sierra Nevada Conservancy (SNC) presented an overview of geotourism and the web concept to government agencies and businesses during the Mono County Tourism and Film Commission’s annual Fall Open House on Tuesday, Sept. 22.
According to figures presented by SNC’s Kim Carr, a recent Travel Industry Association/National Geographic Society study showed that 73% of tourists said they want “clean, unpolluted environments,” essentially what Carr termed an “authentic” travel experience. Citing the 4 million people that annually visit Yosemite, Carr said that the collective goal of the Conservancy and its SBC regional partner is to “package the entire region and retain guests longer.”
In addition to information uploaded to www.SierraNevadaGeotourism.org, National Geo’s “sustainable destination” marketing program also features a printed component of maps and location specific travel guides published by National Geo, based on the web content.
“It’s sort of turning destination marketing on its head,” Carr said. A volunteer network organization would be made up of locals from a region (in this case the Eastern Sierra), and be able to define its own destination, as opposed to having an outside writer visit and apply his/her own definition to the area. The Sierra Nevada region is being done in sections, owing to its size, the largest single destination region in the country, according to National Geo. Mono and Inyo counties would make up the Eastside, while other regions would include points north, including Lake Tahoe. (Other sites set up in the region include www.YellowstoneGeotourism.org and www.TheCentralCascades.com.)
The campaign seeks to take advantage of the warming relations between the Eastern Sierra and its counterparts along the Yosemite Gateway. Yosemite’s use of the website plan has broadened its outlook toward what a cooperative link up with Mono and Inyo counties could do for both sides of the gateway. “In the past it’s been at least convuluted, even somewhat adversarial, but things have come a very long way,” Carr assessed.
Nowhere will you find a bigger fan of improving Gateway relations than the SBC’s Nicole DeJonghe. “I grew up in El Portal, and I was literally like a kid in a candy store that was closed for half the year,” DeJonghe said about the Tioga Pass. “We used to chomp at the bit for it to open so we could go see what was on the other side.” Indeed, she said, the Eastern Sierra “totally meshes well” with the definition of geotourism.
The process has been fine tuned during the 4-5 years it’s been in existence, and based on the screen shot examples presented is fairly straightforward.
Local business and agencies log on to the site and register. From there, they “nominate” events, businesses, places and attractions. National Geo would use its editorial expertise to make sure nominees fit the “geotourism” mold. A web editor checks for completeness and technical quality.
From there, a “Regional Geotourism Council,” made up of peers in the community, along with members from the National Parks Service, Bureau of Land Managment, U.S. Forest Service and representatives from Tribal Lands, review the nominations and vet them in terms of how well they meet geotourism goals.
“The idea is to make sure that the nominees are distinctive to theregion,” DeJonghe said. Chain fast food businesses, for instance, don’t qualify, as opposed to pack tour companies, inns, parks and other more indigenous listings that convey something “authentic” to the area.
The site can take uploads of pictures, video and/or audio clips, and PDF files, and can be edited as nominations progress, as well as updated once its finalized. Also, nominations aren’t approved based on the number times they’re posted. Once is enough, DeJonghe advised, though duplications are fine and will be accounted for in the editing process.
Part of the idea, said the SNC’s Julie Bear, is to highlight “non-traditional local assets,” such as birding (i.e. the Bird Chautauqua festival), historic, culture and “working” landscapes. Driving tourism to those types of categories, she said, would mean local jobs would be at least sustained, and several likely created. Also on the drawing board are Twitter and iPhone compatible “apps.”
At least upfront, the cost is zero. Getting the site on its feet and working has been covered by Sierra Business Council through grants and other supplemental funding. Still unclear, however, is what the cost will be to maintain the site once it’s final. “F-u-n-d-i-n-g,” is the main question, commented Mono Tourism Commission Chair Jimmy Little. Also to be determined is whether that would come from other grants or fundraising (Yosemite set up a nonprofit for its site), or whether it would be pulled from tourism commission or chamber of commerce budgets.
Meanwhile, nominations close for the Eastern Sierra section on Oct. 31. The site would “launch” in January 2010, and the entire Eastern Sierra content should be final by fourth quarter 2010.
Jon Klusmire from Inyo County and Sarah McCahill from Mono County are the point persons in this area.