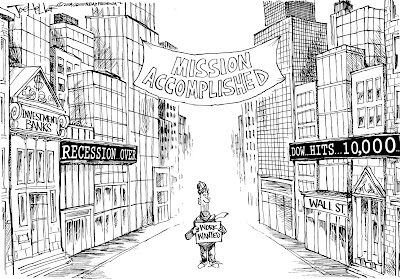 In the aftermath of the did he/didn’t he resign fallout regarding Mammoth Unified School District Superintendent Frank Romero, one interesting discrepancy was pointed out to me in the case as presented.
In the story which appeared in the Fifty Center, Romero said he denied talking to anyone about a possible resignation.
This contradicts the statements of several people, including Mammoth Education Association (MEA) Union President Jeanne Oakeshott. In a Sept. 24 email to her union colleagues, Oakeshott wrote: “It has been brought to my attention that there has been some kind of problem between the MUSD School Board and our superintendent/principal, Dr. Frank Romero, and he has said he is resigning. I spoke to him personally and he would not go into the details of the conflict. He has said that he feels he has no choice but to resign.”
When The Sheet asked Romero about the discrepancy inherent in his statement to the press in relation to emails (such as Oakeshott’s) which went around asserting he was planning to resign, Romero said, “A number of emails came across my desk. None of them were true.”
He stood by his statement in the paper.
Which would appear to indicate he’s calling Oakeshott a liar.
Furthermore, Romero said he did not canvass people in an effort to seek a longer-term contract (his current two year contract comes up for review in January and expires in June).
Romero said he had envisioned staying in Mammoth for anywhere between 5 and 10 years, but did not consider Mammoth a “last stop.”
In regard to the resignation debacle, Romero said, “It’s one thing to talk about it [submitting a resignation] and another thing to do it. That’s not a good way to build a relationship with a [School] Board … but I don’t see it as such a big deal.”
“The kids are the only thing that I focus on. I’m not thinking about myself.” Romero added that by serving as Elementary School Principal in addition to his job as Superintendent, this allowed the District to avoid layoffs and save two teaching positions.
When The Sheet contacted Oakeshott for a response, the following is what she had to say: “I really don’t care about who told whom what and when about Frank resigning. This is not the ‘big news’ in my opinion. Like you quoted me saying in your paper, I think our focus should be on how we are going to save our schools during the next horrendous round of [budget] cuts.”
Which is a fair point, but if the Superintendent of Schools has a problem telling the truth, what kind of example does that set for staff as well as students?
Kathy Cage, who has two children in the school district, said that Romero told her he’d submitted his resignation, and said he told her right away because ‘I don’t want you to hear it from someplace else.’ If it’s a question of he said/she said, Cage said she’d put her “credibility on the line for this one.”
Claire Roy said the main reason she removed her daughter Allison from Mammoth High School after her sophomore year was because of the poor leadership at the school’s administrative level.
At the beginning of the current school year, Roy said she was approached by parents who had students at the high school who were similarly dissatisfied with that same poor leadership. These parents asked Roy if she would talk to Frank Romero on their behalf.
But according to Roy, when she talked to a few friends about her intentions of going in to inform Romero of the dissatisfaction of parents, teachers and coaches alike, they stated that they had already talked to Romero. To each, he gave the same response, which was a variation on the following: I’m so glad you came in to talk to me. You’re the first person who’s come in to talk to me about the problems at the high school.
All Roy could think was, each one was the first?
“It again reminded me of why I had removed Allison from the high school. The education my children received in the Mammoth Elementary and Mammoth Middle schools here was award-winning. But that was due to the incredible leadership they had at those schools. Most of the teachers at the high school are incredible, but this newest ‘leadership’ and the reaction of the superintendent was a sign to me that MHS was continuing on a slippery slope of department fragmentation, lack of options, and lack of school pride. I didn’t bother to schedule a meeting with Romero after that.”