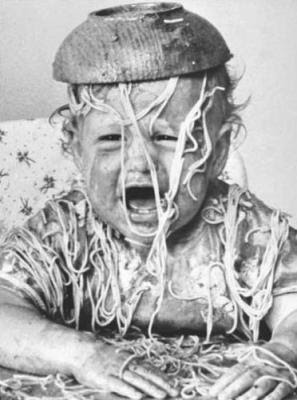 “It looks like a lot of spaghetti,” quipped Inyo National Forest Supervisor, Jim Upchurch about the multi-colored, squiggly lines on several maps showing the new system plot of motorized routes within the Inyo National Forest. Upchurch made the observation during a presentation earlier this month to the Mono County Board of Supervisors on the INF’s Travel Management project, the culmination of a five-year planning process between the U.S.F.S., and input from a team made up of state and local members contributing input.
“The rationale we were trying to come up with was how to get a level of motorized, summer-oriented service on these roads while still protecting public lands,” Upchurch explained.
The existing routes will get an additional 850 miles of road and 122 miles of trails, 20 miles of trails for vehicles measuring 50 inches or less and another 15 miles of motorcycle-only trails, adding a total of 1,007 miles. The system plan removes duplicated or dead-end routes, and adds a key north/south connector route. It also links dispersed campsites, and adds parking spurs and turnaround areas.
Some routes in and around Little Hot Creek were modified to provide additional camping opportunities, while still protecting endangered Owens tui chub. “The U.S. Fish and Wildlife was very interested in seeing what road system we were going to come out with,” Upchurch said.
Only 1.5 miles of routes falling inside the recently designated wilderness area had to be eliminated from the new route system. “We’re not trying to close any routes; we’re trying to make a better, more cohesive system, and with the collaborative, community-based work put in by all parties involved, I think we’ve accomplished that,” Upchurch stated. “It’s not often that this type of involvement produces this kind of tangible results that the community can see for themselves. It’s a great step forward for this kind of collaboration.”
Mono County Supervisors were very receptive to the end result, despite admitted misgivings as to how the process started back in the 1990s. “There was a tremendous amount of anxiety when it started,” said Supervisor Tom Farnetti.” Supervisor Hazard recalled that the Feds, in what he opined could be construed as a form of extortion, held up funding until the INF agreed to start work on the system. “I had serious fears and reservations about it, but the way the process was handled, those fears have been minimized.”
Supervisor Byng Hunt said he thought “the collaborative process works.” His only concern now is one of enforcement. “I ride my [650] a lot out in that ‘spaghetti,’ and I’ve seen many examples of [violations], which [ruins] the whole system for all of us.” User group policing, he indicated, is important now more than ever. Friends of the Inyo’s Paul McFarland, agreed with Hunt’s take, saying he thought the system turned out great, but that the work ahead is to “get these various [motorized] user groups engaged.”
Upchurch added that mining claim access, as per the Mining Claims Act of 1872, would not be affected.
More information will be available during upcoming community meetings in areas such as Ridgecrest, Bishop and Mammoth Lakes. A 45-day appeals process is already in progress. If there are no appeals, implementation of the new roads system could begin as early as this month.