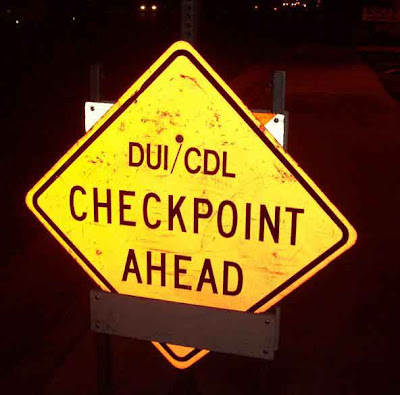 Some long-time residents quip that getting busted for a DUI (driving under the influence) is one way to know you’re finally a local. At one time, a DUI may have been a rite of passage, but these days the laws are stricter, punishments more severe and fallout more far-reaching than at any time in the past.
During a recent Monday in Mono County Superior Court as many as 12 cases involving DUI were on the docket that day, including someone I know. In one case, a prior DUI 10 years ago may have played a part in the judge’s decision to sentence the defendant to pay almost $2,500 in fines, and spend 45 days in the Mono County jail, in addition to standard spankings, such as suspension of a driver’s license.
The state threshold for blood alcohol level for a DUI for those 21 and over is .08. Note: for underage drinkers, it’s .01, which Schienle said amounts to a “zero tolerance” policy. Since November 2006, the MLPD has made 187 arrests for DUI, that’s not counting other cases that may have come from California Highway Patrol and the Mono County Sheriff’s Department.
Which raises the question, “Why so many DUIs?”
“We’re not seeing more people driving around under the influence, but we are arresting more DUIs in the last 10 years or so, since Mothers Against Drunk Driving really started raising the bar for law enforcement,” Schienle said. “In 1986, there was more tolerance of locals who were over the limit. Not so much today. We are, however, trying to be proactive. We’re not cabbies, but we will try to help out if necessary and get you home.”
The Chief said the MLPD doesn’t use “dragnets” or stakeouts, but they do walk-throughs of bars to try and keep those who are overdoing it a little from getting behind the wheel. “We see our guys passing through and working with the bouncers as deterrents to DUIs, but the bottom line is if we pull you over while you’re out driving, then you did that to yourself,” he warned.
“Come up to us, ask us to help you find a lift home. We’ll do that. We want to do that,” he added. “The town has really stepped up mass transit availability, especially during major events. There’s also cabs and designated drivers, and if we need to, under some circumstances we can even get you home.”
One local told the Sheet that on Halloween night, he told police he was way too intoxicated to drive home, and was thankful that officers were helpful in arranging for him to get home without driving. “I really think they saved my life, or at least kept me from doing something I probably would have lived to regret,” the local said. Number of DUI arrests that night: 2, about average for any given weekend.

Ask any Mammoth police officer about DUI and they’ll probably tell you that the best-case scenario is you won’t drink at all. Ask that same Mammoth police officer if that’s a realistic expectation in a town that really likes its alcohol and they’ll probably just laugh and reply, “No.” On the other hand, one tool that seems to be yielding results is greater public awareness. Officer Dave Scobie said his team has conducted 4 DUI Checkpoints in the past year, and made 0 DUI arrests. Some may think that’s a poor result, but Scobie and Schienle see it differently. “For us it’s a huge success. It’s one of the few cases in which you can prove a negative,” Schienle said. The Chief said he’s found that surprise checkpoints really aren’t effective in that “all they end up doing is pissing people off and throwing a wet blanket on holidays and town events.”
According to Scobie, the checkpoints are state regulated and, based on case law, have to be properly noticed in advance, and staged at locations that are chosen based on state guidelines. Scobie said he’s not trying to inconvenience locals and has come up with a 3-minutes-or-less method for processing cars through the checkpoint.
“They not solely designed to find DUIs, but are really about getting people thinking before they drive,” Scobie commented. “What makes me encouraged is when we’re setting up 2 hours ahead of time and I get copies of text messages that are going around saying, ‘Watch your drinking.’ That’s the type of result I’m looking for.”

According to Schienle, if you’re nabbed for a DUI, you could be hit for fines and fees as high as $10,000. “First off, the average amount of impound fees is about $500,” he said. “If you have a prior DUI, you get your license suspended and then have a state-mandated impound of your vehicle for 30 days at $50 a day. You also get some serious points against your license, which could lead to it getting revoked, and if you get 3 DUIs, you’re facing time in state prison.”
Then there’s the unpleasant prospect of facing a judge and the stiff penalties imposed by the court. Those are bad enough, but your problems probably won’t end there. If you end up doing any kind of jail time, best-case scenario is that you lose a lot of valuable paycheck money, assuming of course you’re able to keep your job. A position that requires the ability to drive could be irrevocably compromised if a license is lost due to a DUI.
Then there’s insurance, which will cost you a lot more post-DUI. Some major carriers (i.e. State Farm) will drop you entirely as a matter of course. It could be 3-10 years before you’re able to get back on the rolls and see any kind of meaningful reduction in rates. And if you are able to keep your policy, expect those rates to be steep … VERY steep. One carrier said it wasn’t unheard of to see rates skyrocket to at least $3,000-4,000 every six months.
Sure, “budget buzzard” carriers will swoop in and offer “coverage” that will allow you to keep your license in force. Such “policies” are relatively affordable, but often come with reduced limits, terms that favor the carrier and dramatically reduced levels of service.

Even with what they consider success, Scobie and Schienle are both concerned about the what’s waiting down the road. “We’ve been fortunate in that it’s been about 7 years since the last DUI-related fatality, but that only means we may, unfortunately, be due for one,” Schienle posited. “I remember the last two and those impacted a lot of lives.”
“You get a lot of ‘I can handle it’ or other types of denial and it’s unfortunate,” said Scobie. “People may not realize that it takes a lot to even get to .08 and if you’re sick, tired, hungry … all those conditions can have an effect.”
A wealth of DUI statistics from the U.S. Dept. of Transportation and the N.H. Department of Safety are available at www.duipictures.com/statisti.htm.