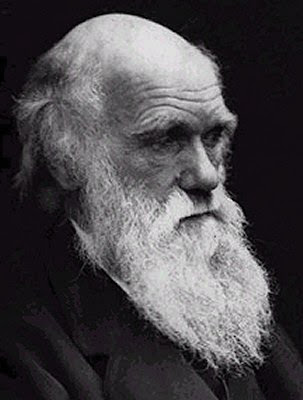 This story originates, innocently enough, from an anonymous phone call. A woman named Jean-Marie called to inquire about local efforts to relocate Blondie the bear to Colorado.
Blondie, according to Mammoth Wildlife Specialist Steve Searles, is responsible for at least 50 break-ins of local residences within the past two years.
Oddly, though, Blondie had disappeared over the past week-and-a-half, leading Searles to wonder whether the bear had been shot or poisoned.
The name Jean-Marie rang a bell. Reason being that Searles caught a man red-handed a couple of weeks ago dumping a 25 lb. bag of dog food into a bucket in the backyard of an Old Mammoth residence. The homeowner’s name had been Jean-Marie.
Piecing together some details, The Sheet learned that Jean-Marie Webster is a second-homeowner who lives in Ojai, Calif. and is affiliated with a non-profit organization, Wild Horses in Need, which rescues and rehabilitates wild horses.
So we asked her if she’d been intentionally feeding the bears.
No, absolutely not was the reply. “I don’t believe people should feed bears,” she said. Webster added that she’d had a caretaker on the property that day “measuring.”
Yes, she admitted she’d put food on the deck for the raccoons and that there was a stray cat she’s been feeding, but no bears.
She also said she hasn’t been up to Mammoth in the past year.
Sheet: So how do you know you have a stray cat?
No response.
The caretaker was ultimately cited by Mammoth Lakes Police.
Searles said he winessed the caretaker pour a large bag of dog food into an open plastic container from a distance of 20’. “I could clearly see him, and I radioed it in. Officer Lehr responded to the call and parked behind the caretaker’s vehicle to block him in. When he [the caretaker] came out of the house, Lehr asked him if he had been feeding wildlife. The man replied that he hadn’t fed anything to the animals.”
Which is when Searles pointed out the plastic container [actually a pet carrier cut in half and turned upside down] full of dog food in the backyard.

And the rest of the nominees …

STOLEN BUS: Joshua Michael Hernandez, 23, of Palmdale, who on March 7 was arrested for the reported theft of a Westin Monache bus. Hernandez subsequently denied any involvement in the incident, even after learning he’d been captured on in-car surveillance video. It was, however, hard to argue his innocence further when MLPD officers reminded Hernandez that his cell phone was found inside the stolen van, leading to a confession.
BEAR SHOOTER: On Sept. 22, Roy Flores, 58, of San Bernardino took it upon himself to cap a bear that was raiding his food stash in the Lakes Basin area.
California Dept. of Fish and Game Lt. Marty Markham told The Sheet the shooting occurred on Forest Service land. Markham said Flores was picnicking with others when a black bear approached.
The picnickers retreated to their car while the bear soon began feasting on their food left near the shoreline. An unidentified person (later identified as Scott Calvert) managed to haze the bear away, but after the group returned to the picnic, the bear returned once more.
This time, Flores, apparently concerned about several “items” at the scene, retrieved a “large caliber handgun” (a .44 or .45) and fired a single shot from approximately 20 yards away, killing the bear.
According to Mammoth’s Wildlife Specialist Steve Searles, there were clear sightlines up and down the shore providing ample warning of bears who might be approaching in either direction.
On December 3, Mono County District Attorney George Booth’s office charged Flores with two misdemeanors: the first for what’s been called “unlawful taking of a bear with a firearm,” a violation of the California Department of Fish and Game code 4750, and the second for “discharging a firearm within a prohibited area,” that one a violation of Mammoth Lakes Town ordinance.
At his arraignment later that month, Flores pled not guilty. The case goes to trial in February.
ROMERO: Frank Romero was the Mammoth Unified School Superintendent. One of the only ways to lose that job is to plagiarize work, which Romero apparently did, lifting other people’s writing without attribution for his regular column in the Fifty Center.
The other way to lose your job is to throw tantrums and issue multiple resignations whenever challenged. Romero says this didn’t happen. Others say it did. Either way, the Board terminated his employment before the Christmas holiday.
MLPD: It’s hard to completely trash what would seem to be a stable career position as a Mammoth Lakes police officer. But it’s not impossible. Just ask our next nominee, Eric Hugelman, who managed to do just that when he and officer Dan Casabian were involved in a May bar brawl that broke out at Rusty’s Bar in Bishop. The profile of the case shot up when Bishop Police confirmed that two Mammoth Police Officers were among those in the fracas. Five months later, the Inyo District Attorney’s office filed misdemeanor criminal charges against four people in that bar fight, including Hugelman and Casabian.
The two Mammoth Police Officers were placed on administrative leave. An internal affairs investigation led to Hugelman’s termination.
The MLPD was in hot water all year. Believe it or not, the Rusty’s brawl was not Casabian and Hugelman’s first incident of the year. They also got into trouble in a bar outside Las Vegas in March.
It led to wider rumors about the general behavior of individuals within the department.
Ultimately, the MLPD was the subject of several Mono County Grand Jury complaints. That much-anticipated report was finally released in August.
The report didn’t give Police Chief Randy Schienle an ‘A’ grade for management, but didn’t devastate him either. Like many organizations, the MLPD needs work. And since that report came out, the controversy’s died down, so perhaps the MLPD has resumed looking for crooks instead of landing hooks.