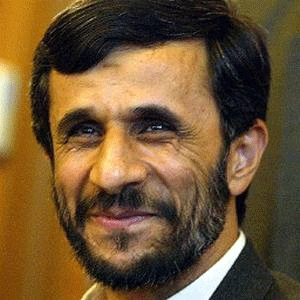 Iranian president Mahmoud Ahmadinejad, in addition to defying the U.N. by not halting the country’s nuclear weapons development program, has also ordered that Iran’s ski lifts and gondolas be segregated. (Photo courtesy www.topnews.in)

In a story better suited for a John Grisham novel, banking giant Credit Suisse (owners of the East Village also known as the parking lot across form the Village, property near Canyon Lodge, and the undeveloped land near Sierra Star Golf Course) are currently involved in a $24 billion lawsuit with four bankrupt resort properties, according to a Jan. 4 report from Reuters.
The property owners claim the bank set up “predatory loans to the resorts investors as part of a scheme to take over the properties.”
The different properties include the Yellowstone Club in Montana, Nevada’s Lake Las Vegas resort, Idaho’s Tamarack Resort and the Ginn Sur Mer Resort in the Bahamas.
The owners argue that Credit Suisse set up a branch in the Cayman Islands to avoid U.S. federal bank regulations. Then Credit Suisse allegedly, appraised the resorts with artificially inflated values as part of a plot to foreclose the properties and then repurchase at fire sale prices.

Property owners, L.J. Gibson, who owns property at Tamarack Resort in Idaho and Ginn sur Mer. Blixseth, who owns property at the Yellowstone Club both claim, “the money for the resort loans came from a separate fraudulent scheme to help Iranian banks dodge U.S. economic sanctions.”
Iranian banks such as Bank Saderat and Bank Melli collaborated with Credit Suisse to transfer more than $1 billion through New York banks, according to a New York Times report from December 15, 2009.
In the same New York Times report, reporters Claudio Gatti and John Eligon stated that Credit Suisse agreed to pay $536 million to settle a U.S. Justice Department probe after admitting to violating U.S. economic sanctions by concealing the Iranian businesses through stripped wire transfers.
According to a law enforcement official briefed on the case, “Two of the organizations that Credit Suisse facilitated transactions for, were the Atomic Energy Organization of Iran and the Aerospace Industries Organization, both of which are designated as proliferators of weapons of mass destruction by the United States Office of Foreign Assets Control. Both are barred from doing business with the United States.”

Blixeth and Gibson claim, “In 2005 the bank used profits from the scheme to finance a predatory lending plot, opening a branch in the Cayman Islands and marketing loans to high-end developers.”
The property owners argue that by placing their branch in the Cayman Islands it enabled the bank to dodge U.S. real estate appraisal laws. “At that point the bank used the falsely inflated appraisals to give the resort developers massive loans that the bank knew they would never be able to pay back, saddling major investors and property buyers with enormous debt,” Gibson and Blixseth said.
The property owners then claim, “The bank syndicated the loans, selling the loans to hedge funds as an investment opportunity, allowing Credit Suisse to become the “administrative manager” of the loans and to make money off each transaction, while transferring all the risk to the hedge funds.” Once the resorts defaulted on the huge loans, Credit Suisse moved to foreclose.
Allegedly, Credit Suisse intended to make money by playing both sides of the deal. The owners claim they intended to collect millions of dollars in loan fees, and then “flip” the resorts, foreclosing on the properties and buying the land at extremely cheap sale prices.

Did Mammoth get screwed?

Last April, Mammoth Mt. Development Co. LLC under Starwood Development defaulted on the loan and returned the property (East Village, Property near Canyon Lodge and Property near Sierra Star Golf Course) to Credit Suisse.
In an April 24, 2009, story by Mammoth Times reporter Erick Sugimura, MMSA Vice President of Real Estate Jim Smith, claimed the foreclosure with Credit Suisse was “a friendly foreclosure.”
According to Sugimura’s story, “the amount of money needed to maintain the land simply outweighed the value in doing so,” claimed Smith who went on to say, “In a five to 10-year period or longer, you’ll never be able to make that back. You’ll never build enough, develop enough product or profit enough to make the land whole and pay back the lenders.”
So why even take the loan in the first place? According to a recent Sheet interview with Smith, the property was purchased in 2006 and then refinanced through Credit Suisse in 2007. “As you know the building process can go at a snails pace,” said Smith “by the time everything was lined up and ready to go the market caught up with us. We lost $80 million on that property.”
When asked if Credit Suisse seemed eager to foreclose the property Smith responded, “No, absolutely not, it took more than a year to foreclose on that property. It was a friendly transaction that was good for the bank and good for us.” So it was like returning some socks to TJ Max? “Yeah, in layman’s terms,” said Smith, “I guess the best way to connect the dots with us and the other properties (suing Credit Suisse) is that we’re all resorts and the market crashed.”
Regardless of the way Credit Suisse obtained the property, one still has to question the properties current status, which Duncan King of the investment banking division of Credit Suisse told the Sheet, “The property is still owned by Credit Suisse as a collateral asset.”
Whether you trust Credit Suisse and their intentions is certainly up for contention. However, what we do know is that Credit Suisse has already agreed to enormous fines for their connections with Iranian businesses barred from the United States, and the lawsuit in question (though nefarious on either side of the argument) may still affect Mammoth even though we’re more than likely a blip on the Credit Suisse spreadsheet.
In reference to Credit Suisse’s lawsuit Smith professed, “It sounds like a bogus lawsuit. If they win that case, we’re all screwed. We’ll never get a loan again,” Smith went on to say, “Blixseth, from what I know, put $100 million of that loan money in his own pocket and spent it on assets unrelated to his property at Yellowstone. You can’t tell me he didn’t know he would have to pay that money back.”
Information for this report came from MSNBC, The New York Times and Reuters.