Last week we ran a graphic entitled “5 Degrees of The Perfect Bouncer” – Patrick Swayze from the film Roadhouse. Though Swayze arguably may have been the best fictional bouncer ever to put someone in a headlock and toss ‘em down a flight of stairs, we at the Sheet asked ourselves, “Why not talk to the guys who do it/have done it for real?”

What follows are stories from a fistful of Mammoth bouncers who’ve graced the front doors of our favorite watering holes (and one guy who bounced in Seattle who just happens to run the ski area).

“I was bouncing at Ocean Harvest and it used to go off downstairs all the time. This kid used to always come in and start it up with people. So I kicked him out one night. We were arguing out in the parking lot and he goes over to his car and pulls out a gun. I looked at it and saw that it was a .25, so I said to him, “You better make your first shot your best because if you shoot me with that thing, it’s just gonna piss me off. So we kept going back and forth and he kept the gun on me. Eventually the cops showed up and arrested him while I’m waving them over. He ended up getting busted for narcotics and possession of a firearm. 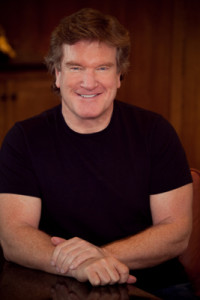 I was a bouncer in the ‘80s at this huge Studio 54-style bar in Seattle called Golden Tides. They had this crazy night they were famous for called Tequila Tuesdays. I was there one night not working, and definitely drinking more than I should have when a fight broke out. I stepped in with the other bouncers and pulled this obnoxious guy out of the crowd. As soon as I pulled him off this other guy I realized he was an absolute a%$hole. The guy was yelling and screaming and spit blood all over my shirt. Which annoyed me. I was a pretty sharp dresser back then. So I grabbed the guy and pinned his arms down, and pulled him over to one side. I didn’t realize this, but in doing so, I had set him up for the bouncer standing behind me who took a huge swing right over my shoulder and cold-cocked the guy. I felt kind of bad. I was trying to help him out.

The only time I ever got knocked out was by this woman whom I wouldn’t let in. She was pretty big. She blindsided me in the face with her purse, which was full of shotgun shot. Knocked me out. 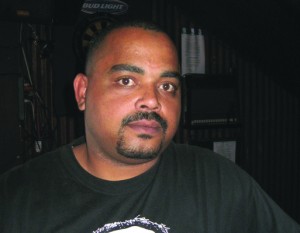 I have been a bouncer for about 12 years off and on in Concord, San Jose, Hesperia and in my hometown of New Orleans, La. I’ve got a lot of stories.

However, the one that keeps coming to mind is from when I worked in Concord. I was bouncing at this rock club and on one particularly busy night, this one girl was getting so wasted. She was gone, man. Around 12:30, she started bothering other patrons.

All night she kept telling me that I was cute, I guess to get on my good side. Well, after a bit, I knew it was time for her to leave and unfortunately, I was the one that had to tell her. As I informed her that she had to go, she looked at me, told me I was cute again and then threw up all over me. Needless to say, then I had to leave. She didn’t have a ride so ironically I had to drive her to her house and drop her off with her roommates’ while my shirt was covered in puke. 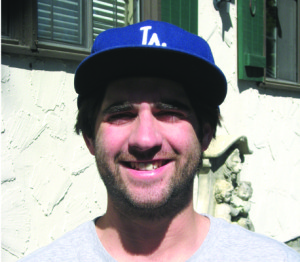 One night, three kids come in and the first two are over 21. The third has an ID but it says he’s 19, so I obviously tell him he can’t come in. While he’s walking out, one of his buddies hands him an ID. I see it all happen and trying to be cool I walk outside and tell the kid,”Hey I saw your buddy hand you his ID so if you try to walk in with it, I’m gonna take it.” The kid tells me to f*ck off and I just say, “Yo, you’ve been warned.”

Fifteen minutes later he comes back with his jacket turned inside out and hands me the ID. I ask him what his name is. He says Eric. The ID’s name said Nathan. I put the ID in my pocket and tell him if he wants the ID back, he can call the cops to get it. His response was “This is bullsh*t man. I grew up in Mammoth. You can’t do this.”  Which was funny because the ID he handed me actually said New Zealand on it.

Later, the kid who actually owned the ID comes up to me and says he’d lost his wallet earlier that night; the bar found it but his ID was missing. “Have you seen it?” I told him his story was full of holes and to leave me alone. His ID will probably end up under the glass top at one of the tables in the Clocktower. 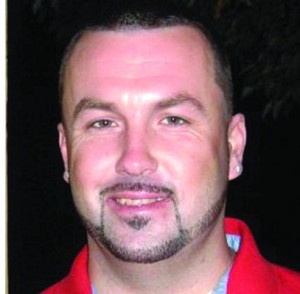 Story: Urine a lot of trouble

I have bounced everywhere. The Hard Rock, Charger games, Jazz festivals. But one of the best stories (which really wasn’t that funny when it happened, but looking back now I can laugh about it) was at the wine tasting event here in Mammoth last summer. There was a “gentleman” who passed out in his chair and urinated on himself. He actually thought he was at home and didn’t want to get up. His wife was so mad and his kids didn’t know what to say. As we were carrying him out he looked at me an said, “Honey, I have to pee,” thinking I was his wife. I looked back and said, “I’m not your honey and you better not pee.” No sooner had I said that than me and the other guard carrying him felt the pee coming down his legs. We immediately dropped him. With a confused look on his face, he asked us why we dropped him. He had no idea.