Faces similar issue with Board appointment

For the second time in a year, the Southern Mono Healthcare District Hospital Board of Directors found itself having to turn down a very qualified applicant to fill a vacant seat on the Board due to a legal discrepancy.

At its regular meeting on Thursday, the Board looked at six applicants for the vacant seat left open when Jack Copeland, citing a conflict of interest due to Mammoth Hospital’s future contracts with Mammoth Mountain, resigned from the Board in October.

Michael Carrigan, Ed Forstenzer, Edyth Irvine, Richard Hamilton (M.D.), Rick Phelps and Stephen Swisher (M.D.) all threw their hats into the ring. Carrigan and Irvine did not attend Thursday’s meeting to speak to the Board, and sent letters instead. The other four applicants made brief presentations explaining why they were the best for the job.

During his presentation Dr. Swisher, who not only contracts with Mammoth Hospital but is also very involved in some of its financial boards and committees, pointed out his many connections to the hospital. One of those connections includes his marriage to fellow physician, Dr. Mary Bassler.

The Hospital Board’s legal counsel, David Baumwohl had been unaware of this connection until Swisher announced it at the meeting. When it became clear that the Board wanted to appoint Swisher for the position, Baumwohl put on the brakes.

“I am trying to determine if his marriage to Dr. Bassler disqualifies him,” Baumwohl explained.

Last year, almost to the day, The Sheet reported on the last round of Board appointment following the resignation of longtime member Don Sage.

According to the 2010 report, “John King is an engineer that is used to working on data systems and could have been valuable with the Hospital’s IT, however his wife is a doctor at Mammoth Hospital. According to the Board’s legal counsel, David Baumwohl, this presents a conflict of interest problem. ‘There is an exception in the conflict of interest laws to allow physicians to serve [which is why Dr. Dennis Crunk is able to sit on the Board], but it is unclear if the exemption applies to a spouse,’ Baumwohl explained. ‘If the legislator intended for the exemption to include a spouse, why wouldn’t it be stated?’”

Swisher fell into similar territory and upon reviewing his notes from the 2010 meeting, Baumwohl determined this week that Swisher should be disqualified from filling the seat.

“However, I can’t give him [Swisher] legal advice, so really it’s his call,” Baumwohl said.

The issue stems from Board applicants having a financial interest in the District. It is a conflict under Government Code 1090 to sit on the Board if you have such an interest, according to Baumwohl. However, there is an exemption that allows a contracted physician to go ahead and sit on the Board. If that physician, however, has a spouse that is also contracted by the hospital, the waters are murky.

A contracted physician is different from a hospital employee in that the physician is an independent contractor.

Even after the warning, however, Swisher claimed he was still interested in the seat.

“If the code is silent on something, it’s silent,” he said.

“But [when dealing with Board issues] if 1090 applies you’d absolutely be barred from making a decision,” Baumwohl said.

Board Director Lynda Salcido was concerned what it would mean for the entire Board if they did in fact seat Swisher.

“It would definitely put the Board in a negative light,” Baumwohl said. “Your legal counsel is sitting here saying that he [Swisher] has a 1090 conflict.”

It was suggested by the public that the Board and Baumwohl take time to further research the code, but Baumwohl pointed out that not only had he fully researched the same issue last year, but that the Board was also dealing with a time crunch.

“We are approaching the 60-day limit to fill the seat,” he said. “If we don’t fill it, the County can fill it or mandate that we hold a special election.” 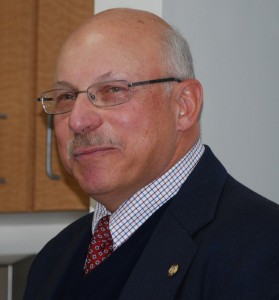 Ultimately, the Board voted 4-0 to appoint Ed Forstenzer (Mono County retired judge) with the footnote that the election for three board seats would be up next November.

“The elections are eleven months away so you could see an almost entirely new board up here,” Salcido said. She added that in that time period candidates (i.e. Swisher) could do more research on the spouse issue to determine whether he could with good conscience sit on the Board.

The other doctor in the bunch, Richard Hamilton, could not garner enough votes for the appointment even though several members of the public, as well as Board member Dr. Dennis Crunk stressed the importance of having someone on the Board with deep knowledge of the medical field.

Forstenzer was immediately sworn in to the term that expires in 2014.