The Mammoth High School Ski and Snowboard Team had their first race of season on Friday, Jan. 11. Team members swept the gold in all divisions.

On Saturday, Jan. 12 the U10-U12s traveled to Sugar Bowl for Far West North Series Slalom races. The highpoint of that series was Charlie Regelbrugge’s win on Saturday. Regelbrugge didn’t just win, he crushed the field by 7.46 seconds. This was in a race where most of the racers were separated by less than .3-.5 seconds. Later that afternoon, MMST U12 boys took seven of the 15 podium spots. The following day the U10 girls captured five of the 15 positions. 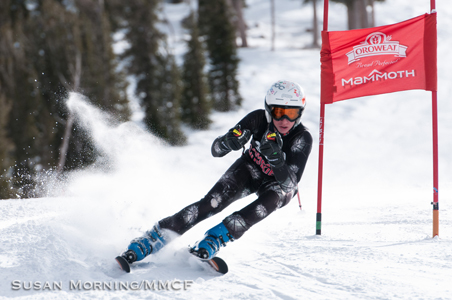 On Saturday, the MMST All Mountain Chargers camped out at the Top of the Mountain, returning on Sunday with many stories to share with envious friends and family.

The Snowboard and Freeride teams had three USASA events over the weekend with a halfpipe on Saturday, Jan. 12 followed by a GS and a slalom on Sunday. Numerous team members took triple golds. –MMCF