Kelly Clark (West Dover, VT) showed the savvy of an Olympic champion, coming from behind on her third run to win one of the most hotly contested women’s superpipe battles in X Games history, leading a USA sweep. While Clark claimed gold, Elena Hight (South Lake Tahoe, CA) stole the hearts of the crowd with her show-stopping double backside rodeo on run number one – first time ever in competition! Teenager Arielle Gold (Steamboat Springs, CO) wrapped up the podium with bronze, just days after winning the FIS Snowboard World Championship halfpipe and getting the nod into finals as an alternate.

“I tried to maintain amplitude and my technical trick in the first hits,” Clark said, according to the USSA News Bureau. “The level of competition tonight was at an all time high. What Elena did for the sport was incredible tonight. I was so excited for Elena. Regardless of what the competition does I always go out to do my best run. Having a first run fall isn’t ideal, I went basic run for my second run and liked the pressure on my third. Dropping last was great and I played on my strengths, amplitude and execution. I might need to go back to the drawing board a bit. A few years ago learning a 1080 was a huge step and I am really looking forward to the future.” 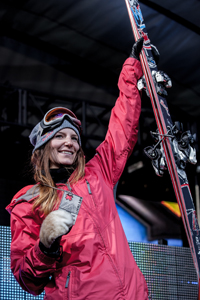 “Sooo excited w my silver medal today at ?@xgames!!! Was a bit of a rough one but I bounced back, Wheww! +++ vibes to my girls Ash and Rose!!”

Greg Bretz competed in Snowboard SuperPipe Men’s Elimination during X Games Aspen 2013. Bretz went on to compete in the finals as a last minute alternate.

Here’s what Bretz was saying via Twitter after the event:

“Hyped I got in finals tonight. Not bummed at all on how I rode. I think I put down one of the best runs I’ve ever done.” 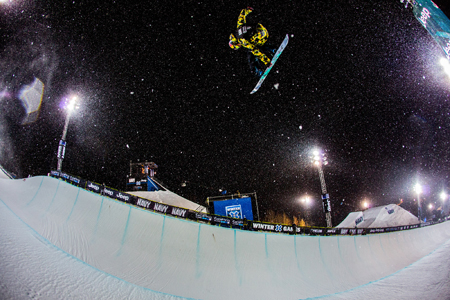 Greg Bretz competing in Snowboard SuperPipe Men’s Elimination during X Games Aspen 2013. Bretz went on to compete in the finals as a last minute alternate.