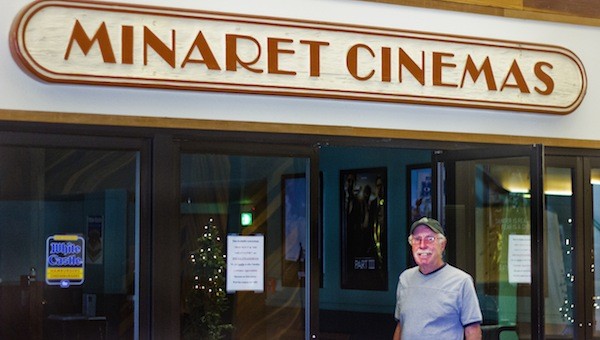 After years of displaying the latest and greatest of Hollywood using film reels and analogue projectors, things are finally going fully digital over at Mammoth’s Minaret Cinemas, and it’s going to cost the owner $102,000.

Film studios are expected to go fully digital by 2014, so Minaret Cinemas owner Bill Walters feels it is finally necessary to make the jump. He’ll be installing state-of-the-art Christie projectors combined with servers containing 4 TB of storage each — these store the film files. It’s quite the venture.

“Why go to this great expense?” said Walters. “On a wide release, which goes to 3,000+ theaters, the average cost is about $1,500 per print. With digital, the first hard drive is probably $5,000 and the rest are $2 a piece. So, the expense goes to the theater and the savings to the studios.”

Theaters around the world are currently having to purchase new equipment in order to keep up with the times. In small towns especially, it’s hard to see why such an investment is worth the time. Everything works fine right now, but studios are moving content to hard drives and server racks. Cinemas have two choices: change with the times or go out of business. “After almost 24 years, I could probably walk away, but I don’t want to see the town without a movie theater, and I like the industry,” Walters said.

“We’re upgrading the whole theater. We just put new carpet in, we’re hoping to put new seats in this fall, and we’re going to install a new heating and ventilation system soon.”

Walters added, “Some people like the grainy look that traditional film has, and the reality of going digital is that they’ll be watching a huge high-definition TV.” Thankfully, there won’t be as many issues with the picture or audio and if there are, the new system includes 24/7 support. That means Walters and his team no longer have to troubleshoot things while viewers wait impatiently. Instead, they can quickly contact support to work with them on the problem at hand.

If all goes according to plan, Minaret Cinemas will be furnished with a fully digital projector, its accompanying servers, and other necessary equipment by Wednesday, May 22. So, if you enjoy seeing grain and prefer a vintage experience, make sure to drop into the theater this weekend.