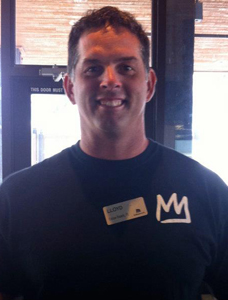 According to the website, HelpFindLloyd.com, Lloyd Cearley, who had been reported missing this week, was found dead in the Sacramento River.

“Our hearts are broken with the terrible news that Lloyd is no longer with us,” Lloyd’s sister, Nicole Cearley Van Alstine, wrote on the site. “He was found in Sacramento River and his identity was confirmed by the coroner’s office very late last night. We hope that you will understand that at this time we want to focus on how he lived and not how he died.

“The outpouring of love and concern we’ve seen from his friends is a testament to his character and has given us the strength to carry on these last days. We take comfort in the fact that Lloyd truly did live his life to the fullest.”

According to the website, Lloyd’s life will be celebrated in Mammoth with details soon-to-be announced, followed by a celebration of life in Cocoa Beach, FL.

Cearley was the creator of this year’s inaugural Mammoth 2 Bishop bike ride. He had been reported missing to Sacramento authorities when he failed to show up for an appointment earlier this week.