We have a pretty incredible talent base here in the Eastern Sierra. From musicians to artists and authors to actors, we can honestly say there is a renaissance way of life nestled in our humble little corner of California. We all benefit from the creativity displayed here year round. Whether it be a baritone butcher or an oil painting orthodontist, we live amongst amazing talent. I, for one, can’t play the guitar to save my life. But when I see a local band member shred a guitar solo, I am always grateful to know that I may very well meet that guy the next day at Vons.

In my world of film production and theater, there is a whole other exciting facet to sharing one’s creativity here in the Eastern Sierra. Sometimes imported talent become locals.

Two professional actors from Los Angeles recently brought their talent to the local Mammoth theater production of Harper Lee’s To Kill A Mockingbird (TKAM). Shira Dubrovner of Edison Theater has cast these gems to play the parts of Reverend Sykes and Calpurnia. For all of us locals, especially local actors, this is a chance to see how the world of professional acting works. As it turns out, it isn’t all that different from our own.

Adding Mammoth Lakes to their many performance locations, actors Kyle Jones and Millena Gay have been seen in productions across the United States and, in Jones’ case, England.

After attending an arts magnet high school in Washington D.C., Jones graduated from Howard University with a B.F.A in Theater Arts. He went on to study classical acting with an emphasis in Shakespeare at the British America Drama Academy in London. He learned a great deal about becoming a character and being a part of a production there. He was even cast as Hamlet, a part coveted by all serious actors. 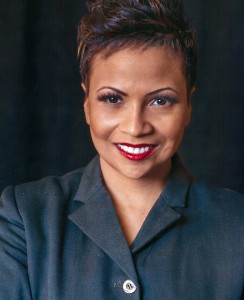 After moving back to the States, Jones found his way to L.A., where he has been living and taking whatever acting parts he can get his hands on. He was notified through a casting website called Actors Access about the audition for TKAM. After being offered the part of Reverend Sykes on the same day he auditioned for it, Jones’ first thought was “where the heck is Mammoth Lakes?” After a quick google search, he started on his journey to becoming a regular to our little slice of heaven. “After being here for a few weeks now and really getting to know some of the locals and checking out the sights, I really can say without a doubt, I will be back!” Jones said he would love to come back in the summer and check out some of the great music festivals in town. He did say, however, that the greatest thing about Mammoth Lakes are the wings at John’s Pizza Works.

Being here and getting a chance to share his craft with all of us has been a blessing he will never forget, Jones said. He has received some amazing compliments from Mammoth locals and has felt so welcomed by his fellow cast and crew. He truly loves the small town feel and welcomed the chance to be a part of such a timeless and important story, especially one told here in Mammoth Lakes.

Millena Gay is definitely a face you will recognize. Her effortless transformation into a 1935 housekeeper in a racially motivated deep southern town shows why she has the chops to play Marjorie Curtis on The Young and the Restless. After winning a beauty pageant 17 years ago, Gay, a pre-law student at the University of Virginia, was quickly sucked into the acting world of New York City. After a few appearances in such notable titles as NY Undercover and The Devil’s Advocate, as well as numerous stage productions, Gay made her way to L.A. by way of the soap opera. She got her first break on One Life to Live and quickly did guest parts on All My Children and Guiding Light. Her biggest roll, as well as the one she is still currently performing, is that of Marjorie Curtis on The Young and The Restless, for which she was nominated for an award for outstanding actress in a daytime series.

Gay was approached by her agent to audition for TKAM in Mammoth Lakes and she jumped at the chance. When Dubrovner gave her the call that night, Gay got excited. “Being in Mammoth means taking time off during the episodic season for television, which means potential work loss in L.A.,” she said. “But live theater brings a rush that cannot be matched. Live theater is so important for an actor to participate in. Theater is where you hone the basics, the fundamentals. As an actor you have to be on your ‘A’ game because there are no cuts or redo’s. Every audience deserves a 100% performance.”

Gay had one thing to say about our area: amazing!  She had never been to Mammoth Lakes and now looks forward to working here again in the future. The people are so friendly and welcoming, she said. “There is a sense of peace to this town that I don’t get in the rat race of L.A.,” she added. Her agent even told her that she sounds different on the phone, due to the level of relaxation she finds here. “I went for a walk around the neighborhood I am staying in and I began to find myself looking for what house I would like to buy and move into,” she said. “I love Mammoth!”