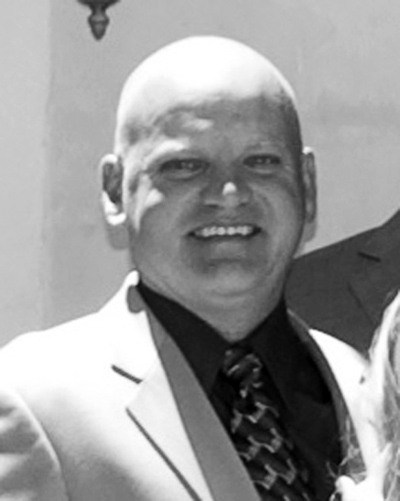 Chris Powell, Interim Principal at Mammoth High School (MHS) since last year, became the official Principal in March. Powell was chosen by the Mammoth Unified School District (MUSD) Board as Interim Principal on Aug. 8 from a pool of about 20 applicants, with the understanding that the Board would begin searching for a permanent principal as of July 1, 2014.

However, Powell had such unanimous support from MUSD staff that Superintendent Lois Klein recommended to the Board on March 27 that MHS simply keep him on without advertising the job. The Board agreed unanimously, Klein said.

“When they did the interview for principals [last summer], they went through quite a few candidates,” said MUSD Board President John Stavlo; “Chris looked like the best overall candidate.”

Powell had served as the school’s Athletic Director since 2011. Powell’s background includes a Bachelor’s DEgree Science in Exercise Science from USC, and more than a decade of teaching experience, as well as administrative experience at MHS concurrent with his duties as Athletic Director.

“When he got in the [Interim Principal] job, he just grew immensely,” said Stavlo. “He met all of the requirements. It just didn’t make any sense to go back and do a whole new search when we had Chris here, and he was doing so well.”

Stavlo said that Powell’s performance impressed all of the Board members. “His peers hold him in high regard, and as far as I can tell, the other people in the District do, too,” he said.

Superintendent Lois Klein agreed. “He has really stepped up and proven himself to be a school leader,” she said. “In fact, [staff] is saying that his leadership makes them want to step up and do more.”

“He’s done such an exemplary job this year of really bringing the school together,” she concluded.

One of Powell’s major focuses over the past year has been on student engagement. Powell and MHS staff have been working “to engage a broader portion of the student body,” Powell said. “We want to be using the strategies that work for the most students, the most often; the lowest and highest achievers. I believe if you can engage kids, they’ll perform. If they’re bored, they won’t.”

When asked if anything has really changed since he became the official Principal of MHS, Powell laughed. “Other than the title, not particularly,” he said. “From the time I came in, I was approaching it as if I would be the permanent principal. I was doing things with a vision for the future. Operationally, nothing has changed.”

Powell has also presided over the implementation year of Common Core State Standards, which dictate what MHS teaches in English and Math. The revised Common Core supersedes that introduced in 1997. Powell spoke positively of the new Common Core, saying it has “fewer standards, and more depth of curriculum. By the current standards, all the courses were somewhat individual. I think the alignment wasn’t as intentionally thought out.”

As for how MHS is taking the Common Core rollout, Powell said, “I’m pleased with where we’re at as a school.”

Powell added that the support he has received from MUSD staff has been extremely encouraging. “I’m very happy with that,” he said. “A big part of why I’m confident and willing to do the job is because the staff has been willing to support me.”

“Every school has its challenges,” he added. “But we had Mock Rock last [Tuesday] night, and to see the level of talent, and the support of our staff … It was a very public reminder of how fortunate we are to be here in Mammoth.”

Powell intends to remain Principal for as long as the school will have him. With his daughter soon to enter kindergarten, and his son four years behind her, “I’m hoping to be here a while,” he said. “At least through [their] graduation.”