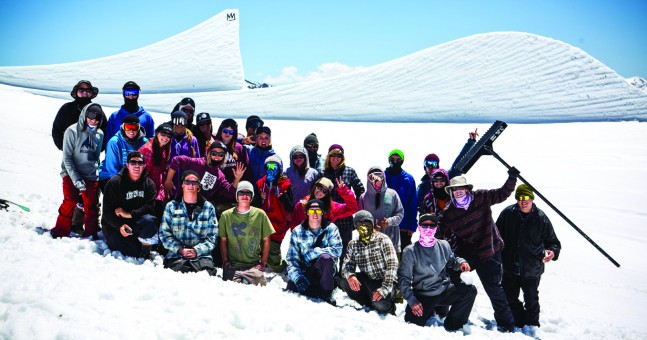 In December of 2012, professional snowboarder and Mammoth local Kimmy Fasani had what she called a “freak accident.” Fasani drifted off a park jump, fractured her pelvis, and tore her ACL, MCL, and PCL.

Fasani had previously made headlines in 2011 for being the first female snowboarder ever to land a double backflip in both the park and powder.

“[Mammoth Hospital’s] Dr. Karch said, ‘Look, this is a 12-18 month recovery,’” Fasani recalled. Dr. Karch added that Fasani potentially had up to two years before she would feel totally recovered.

While that kind of news can be devastating for an athlete, Fasani found a silver lining. “I saw it as an opportunity,” she said. “I had a year and a half to dedicate time to giving back to my community.”

The product of that time: the 2nd Annual Amusement Park Shoot and Women’s Ride Day Presented by Burton Girls at Mammoth Mountain. The private Amusement Park Shoot, which will run from May 8-13, took place last year at Mammoth Mountain, but the Women’s Ride Day is a new addition inspired by Fasani’s desire to invite all women to celebrate snowboarding.

The free Ride Day will be held on May 10, beginning with morning yoga, followed by brunch with Burton Snowboards President Donna Carpenter at Main Lodge, and after that, riding time with snowboarding pros Fasani, Kelly Clark, Enni Rukajarvi, Chloe Kim, Arielle Gold, and more. Après on the Main Lodge sundeck will cap off the day. 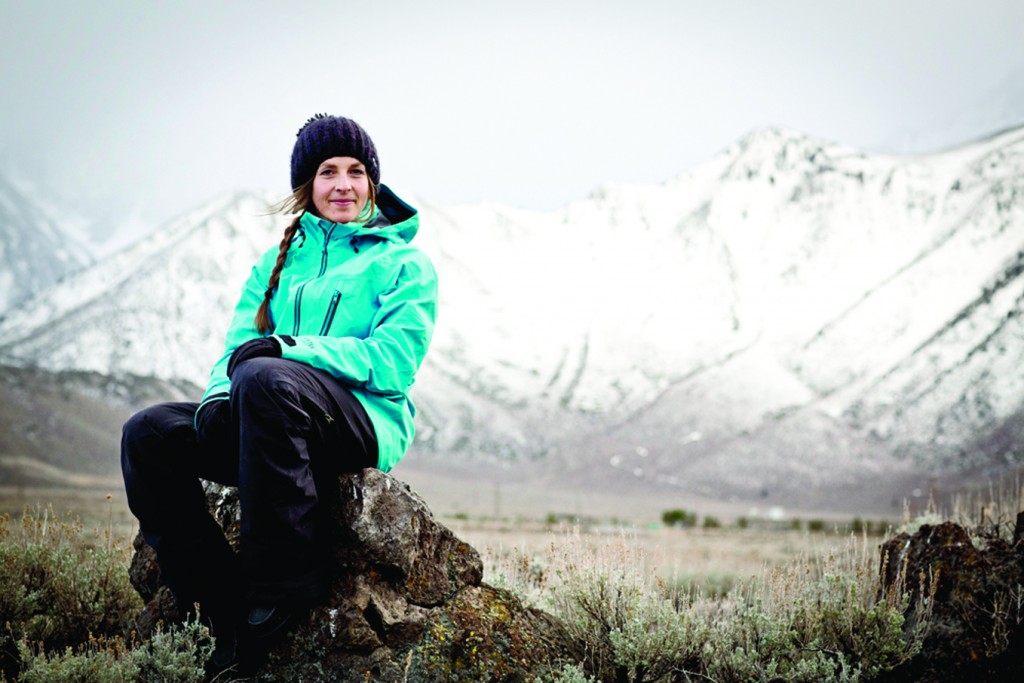 The Ride Day is “something created by us, for us, to bring all the women together that we can,” Fasani said. “Our sport is not going to grow if we don’t keep introducing women to it.”

Meanwhile, Fasani added, the end of-the-season Amusement Park Shoot offers pro women snowboarders an opportunity to “get together, ride, and progress without the pressure of competing.” Fasani said that the emphasis of the photo shoot has changed, from a signature 80-foot jump last year to features designed to push the ladies’ creativity and skill this year.

Fasani, who grew up in Truckee, got hooked on snowboarding when she was 12. “I skied from when I was two to twelve,” she recalled, “and then when I was nine, my mom got me a snowboard … in the hopes that I wouldn’t give up skiing.”

But the novelty of the new sport pulled Fasani in, and she hasn’t looked back since. Taking her first turns in powder didn’t hurt, either. “Being able to snowboard in powder really was a game-changer for me,” she laughed.

Fasani moved to Mammoth in 2002, and discovered backcountry snowboarding five years ago in another case of a silver lining. “I had injured my ankle to a point where I couldn’t ride hard-pack,” Fasani said. “My team manager urged me to ride powder. My passion for the mountains really ignited. With those huge surroundings, and no one else around, I realized how much potential there was to progress in my snowboarding.”

Fasani said that the sport of snowboarding, and women’s snowboarding especially, has grown immensely since she first started to ride. “I feel like women are getting more confident, they’re getting more support, and their progression is really growing,” she said.

Snowboarders have more respect for themselves as athletes, she added, and are taking better care of their bodies and training harder, making snowboarding a lifestyle.

Above all, Fasani said she hopes the Amusement Park Shoot and Ride Day will inspire both established pros, and a new generation of women snowboarders.

“I had a lot of women that I looked up to in snowboarding and in life,” she said. “They really made an impact on me. I’m hoping this event has the same effect on other girls.”

For more information and to register for the Free Women’s Ride Day on May 10, contact Chelsea Lawson at chelsea@bigfishmediagroup.org.