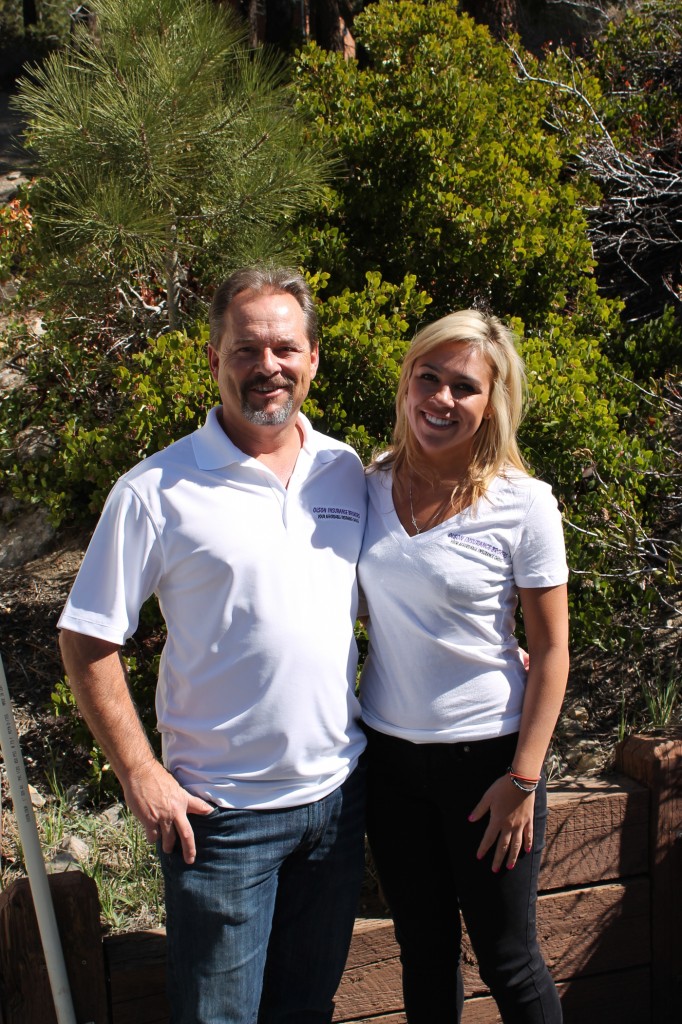 Attention Farmer’s Insurance customers. As of May 1, Eric Olson and his daughter Alicia will no longer be your local Farmers representatives.

This is not a joke.

After 24 years with Farmers, Eric Olson resigned his position in January, giving 90-day notice. “I resigned because I see greater opportunity for myself and my customers in the outside world.”

By the outside world, what Olson means is that he and his daughter will form an independent insurance brokerage, the Olson Insurance Brokerage, joining a multi-agency consortium called the Pexa Insurance Group.

They will now be able to write insurance policies through several recognized companies, including Hartford, Travelers, Nationwide, Allied and Mapfre, and shop for the best deal.

They will also be a two-person office going forward, operating out of the same location on Mountain Blvd.

So why leave Farmers?

“The fire market has been more difficult to write in,” he says. The standards have changed and the barriers to entry are higher.

The problem for an insurance agent is that the industry is predicated on bundling. Once you insure a person’s home, it makes sense to insure all sorts of other things; life, health, cars, etc. The increasing difficulty in writing home insurance policies was affecting Olson’s overall business.

It will also give the Olsons more freedom to solicit commercial business, an area that Farmers has traditionally not been very active in.

How does this affect existing customers?

As of May 1, anyone calling Farmers traditional phone numbers in Mammoth will be re-routed to the nearest Farmers agent, most likely Ridgecrest.

Due to a non-compete clause, Eric and Alicia will not be able to solicit the existing book for existing coverage for a period of one year.

What this means is … say you have an auto oer home insurance policy through Farmers. The Olsons cannot sell you an auto or home policy through their new agency for a period of one year. They can, however, sell you a health policy or a business policy – Any policy that doesn’t compete in the same category.

Will Farmers replace Olson with another agent?

“They’re trying like hell to get someone up here,” replies Olson.

He continued, “A year goes fast … if you like your coverage, stay where you’re at. But in a year, you can shop with me again.”

He emphasized that he did not want his clients to feel abandoned, and that if folks run into issues, while he can’t help them directly, he can advise them on how to troubleshoot.

“This is just a new chapter. We’re excited.” And then with a grin, he took the opportunity to lay it on thick with his new agency’s slogan. “”We’re your affordable insurance choice.” Then a beat. “Not cheap. Affordable.”