Eva Poole-Gilson’s original play to be staged at Edison Theater May 17. 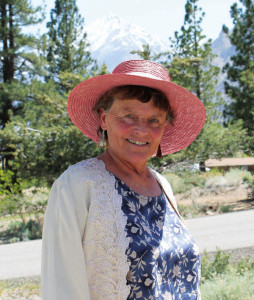 In some respects, Eva Poole-Gilson’s eyes say more than her pen could ever say.

Poole-Gilson’s play “Who’s Lying Down in Your Heart?” comes to Mammoth next Saturday for two shows. The play is being produced by the Poetic Justice Project and funded in part by the California Arts Council and the National Endowment for the Arts.

It is described by the Justice League’s Artistic Director, Deborah Tobola, as “a searing drama that explores the relationship between two sisters who share a childhood filled with painful secrets.”

The only theater company of its kind in the state, Poetic Justice League, based in Santa Maria, features casts of formerly incarcerated actors in works that examine crime, punishment and redemption.

Tobola, says Poole-Gilson, was Director of an Arts Program at a men’s prison before founding the Poetic Justice League.

Poole-Gilson wrote this play four years ago for a cast of 12 actors. Next Saturday, you will see three live actors while eleven actors appear via video installation, making it a live theatre/film hybrid.

“I saw a rehearsal four weeks ago,” said Poole-Gilson. “It’s a different show than I envisioned. But I knew when I said yes [to the Poetic Justice League producing her work] that I had given my baby up for adoption.”

For example, the two women playing the sisters in the upcoming production are actual sisters. They are also younger than Poole-Gilson had envisioned. “I had written them as widowed,” she said.

Where did she draw the inspiration for the work?

“The play came from me living at home, alone [thinking about my family] … and realizing that my history is a lot different than their [siblings] memories.”

The play is about finding a positive way through in the face of obstacles, and hopefully, there is a redemptive ending, she said.

This is a “thought-stuff” play, she concluded. “It’s definitely not a musical.”

Poole-Gilson grew up the youngest of four children in Wisconsin on the shores of Lake Michigan.

She moved to the Eastern Sierra in 1976 and currently teaches poetry and public speaking courses at Cerro Coso College in Bishop.

She also teaches poetry to fourth graders, primarily in the Inyo County schools.

The last time you may have seen Poole-Gilson onstage was for her one-woman show staged approximately 18 months ago at Mill Creek Station, titled “Barefoot in the Sanctuary.” 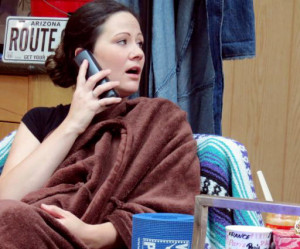 Ellen and Veronica are sisters and widows. Ellen is haunted by people and events from the past, and by visions. Obsessed with finding spiritual meaning from them, Ellen calls her sister often, describing her dreams, visions, and “ghosts.”

Veronica doesn’t want to hear any of it. Despite her cold façade, she does listen, and the two reveal their family-of-origin turmoil, still snorting with laughter at some of their past shared memories and holding their breaths in the recounting of certain newly uncovered traumas.

The two of them dialogue, disagree, gesture and respond to each other despite living three thousand miles apart; they also listen to and communicate with the “ghosts” behind the scrims separating their “real” living spaces from the darker areas of their minds and psyches …

The ad, which ran in the print edition of The Sheet, details showtimes: 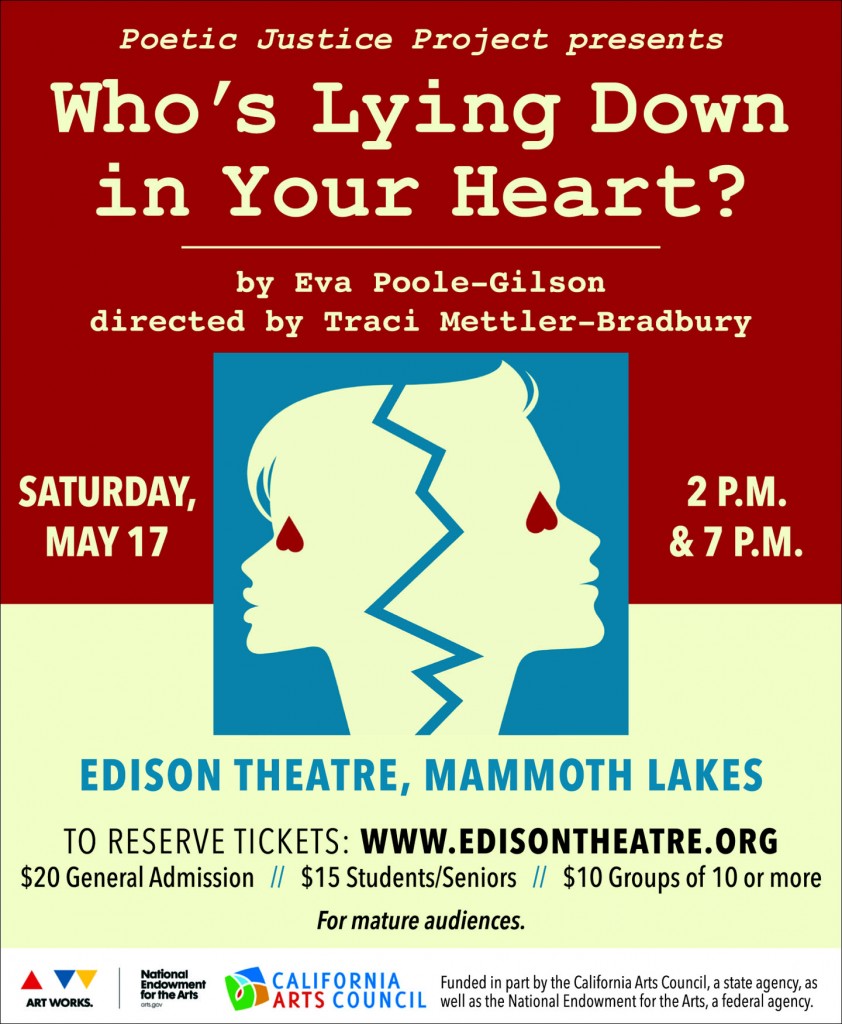