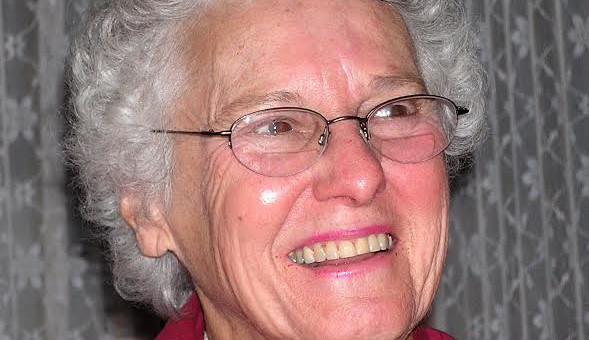 Shirley Blumberg, the first chairperson of the Mammoth Lakes Planning Commission, died on January 30 at age 91. She and her husband, Myron Blumberg, began visiting Mammoth in the early 1960s, when there were three chair lifts, two T-Bars and some rope tows. They purchased a condominium in the early 1970s and then built their home on Majestic Pines Drive in 1977. Shirley was an intellectual and avid learner who returned to school at age 50, after raising her four children, earning a B.A. and then a Master’s degree.

Shirley and Myron had lived in Long Beach where she served on, and later chaired, the city planning commission. Shortly after becoming a permanent resident of Mammoth in 1983, she applied her knowledge of planning when she became the first chairperson of the newly-formed Mammoth Lakes Planning Commission. Myron and Shirley were active in the environmental, political, and cultural life of our community. Myron was a prominent attorney who litigated numerous construction defect cases in addition to acting as District Counsel to the Mammoth Lakes and June Lake Fire Protection Districts. Shirley was active as a member, officer, and chairperson of the Mono County Democratic Central Committee.

After Myron’s death in 2008, Shirley remained active on the Central Committee and was a generous supporter of cultural groups including the Felici Chamber Trio. Even as she neared age 91, she remained active in the life of the community, participated in water aerobics, and continued to write articles, books and poetry.  Each spring, when the snow melted, she would plant her flowers and vegetables and meticulously tend them until harvest time in the fall. Shirley published three books, the last of which titled, “Journey Through Grief,” was a personal reflection on the difficulty in coping with the loss of her husband and best friend.

After celebrating her 91st birthday with her family in Long Beach, she was eager to return to Mammoth, the place she loved most. Shortly after arriving home on October 20, she suffered a stroke and was airlifted to a Reno hospital. On November 1, she was flown to Long Beach where she began the process of rehabilitation. “Her goal was to be able to return to Mammoth,” said her daughter, Debra Blumberg. “Even after several medical setbacks, she never faltered in her plans to return.” Characteristically, on the night before she died, she told the woman in the bed next to hers, “Don’t quit.” Her lifelong accomplishments as a civic leader and champion of progressive causes are proof that she never did quit.
Shirley is survived by her four children, David (Sherry), John (Marcie), Debra, and Barbara (Larry), seven grandchildren and two great-grandchildren. A celebration of her life will be held in Seal Beach on February 21.