More than forty family members and friends attended the event and Community Skis turned out to be the perfect venue – both fun and funky.

Holdeen lived in Mammoth Lakes in the early 80’s. His first job was on the mountain at the Mid-Chalet. He then worked at Matsu’s for several years before attending the San Francisco Culinary Academy. He spent most of his adult years living in Australia and New Zealand but also worked in England, Norway and France. He filled the pages of several passports through all his travels and escapades. 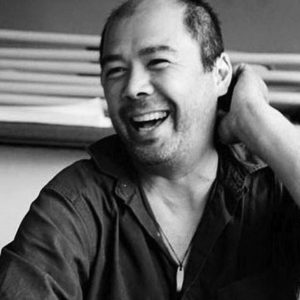 Many in attendance had long connections with Mammoth Lakes and had skied/lived in Mammoth at one time or another. In fact, there was a period where three Cushing-Murray boys worked on the mountain.

Holdeen returned to Mammoth in 2012 and met Maureen Kennedy asometime aroundf December, 2013. They were engaged to be married this May.

Holdeen’s father is a retired Greyhound driver who often worked the LA, China Lake, and the Bishop Route on ski charters to Mammoth. He is married to Jo Ann Meyer, who lived in Mammoth Lakes in the ‘70s.

Mammoth Lakes held many fond memories for everyone and as Holdeen’s brother Derek said “Mammoth was where Holdeen’s demons were exorcised.”

Holdeen left Mammoth Lakes last year and died in a kayak accident in Northern Washington back in late March. He will be sadly missed by all who know him.

If the community of Mammoth Lakes is going to consider opening up single family homes in residential neighborhoods to transient rentals, it should consider this: our communities have been organized around some basic zoning principles.  There are zones for living, zones for retail businesses and zones for industrial uses. People don’t generally want to live next to business or industry where noise, traffic and other issues affect the quality of life sought by those who put their life savings into purchasing a residence. The uses don’t mix well for lots of reasons. Communities decided this a long time ago.

The idea of vacationing in private residences started with the idea of two families swapping their homes for a few weeks of annual vacation. This relatively simple idea grew to include home rentals with money changing hands and has now been pushed to the point where there is real danger that investors will take over entire neighborhoods with the sole purpose of turning a private residence into a de-facto hotel.  This would completely upend our zoning system.

The big websites that advertise vacation and private residence rentals are driving this push and have created a whole host of issues that towns need to address.

“The notion that we’re going to run people out of town and shut ‘em down and we’re going to stop this phenomenon of VRBO and HomeAway and this new way of people travel [sic –ing] is just absurd. It’s going to continue to grow.  We don’t have money and resources to chase, to fund, to try to collect these people…” one Town Councilmember declared during the discussion of the ‘Let Mammoth Decide’ initiative.

In my mind, this is tantamount to throwing in the towel and saying that the situation is inevitable.

Taking such an approach as a member of Town Council is the equivalent of abdicating your role on that governance body. It represents the antithesis of leadership. It’s no wonder that the ‘Let Mammoth Decide’ proponents have introduced an initiative to have the voters decide such an important issue.

Sometime between the hours of 5:15 p.m. and dusk on Monday, June 23, the rain gutter on the new concession building at the Crowley Lake ballfield was damaged.

The gutter was ripped from the roof and torn away from the building.

Some folks were out there playing on the field at this time.

A police report has been filed. If anyone has any knowledge of who caused this damage please contact the Mono County Sheriff’s office, or contact me at sagehill@schat.net

Vandalism is not cool and only hurts our community. It also takes our tax dollars to repair the damage.

Mammoth is no small adventure and neither is the parade. The Mammoth Chamber of Commerce would like to thank everyone who participated in this fun, annual tradition: volunteers, entrants, spectators. It takes an army of people to pull an event like this off. Special thanks to Stu Brown and the town staff, to the police department, to Cal Trans and CHP, to CERT, to Sue Ebersold, and to our Grand Marshal “Karch”.

See you all next year!