The Marina Fire in Lee Vining, which has grown from 20 to 200 acres on Friday, June 24, has closed Highway 395 in the fire area, according to a press release by Inyo National Forest Public Relations Officer Deb Schweizer.

“Numerous firefighters, several engines, and a dozer are on scene. Additional resources are en route, including helicopters and air tankers,” Schweizer stated in her press release. The fire is burning Pinyon pine and brush, according to the press release.

The cause of the fire is under investigation, and Lee Vining is under an evacuation hold as of 10:45 a.m. on Friday.

A link to video of the fire, shot by The Mammoth Channel’s Dan Mcconnell, is below. The Sheet will post updates as they become available. 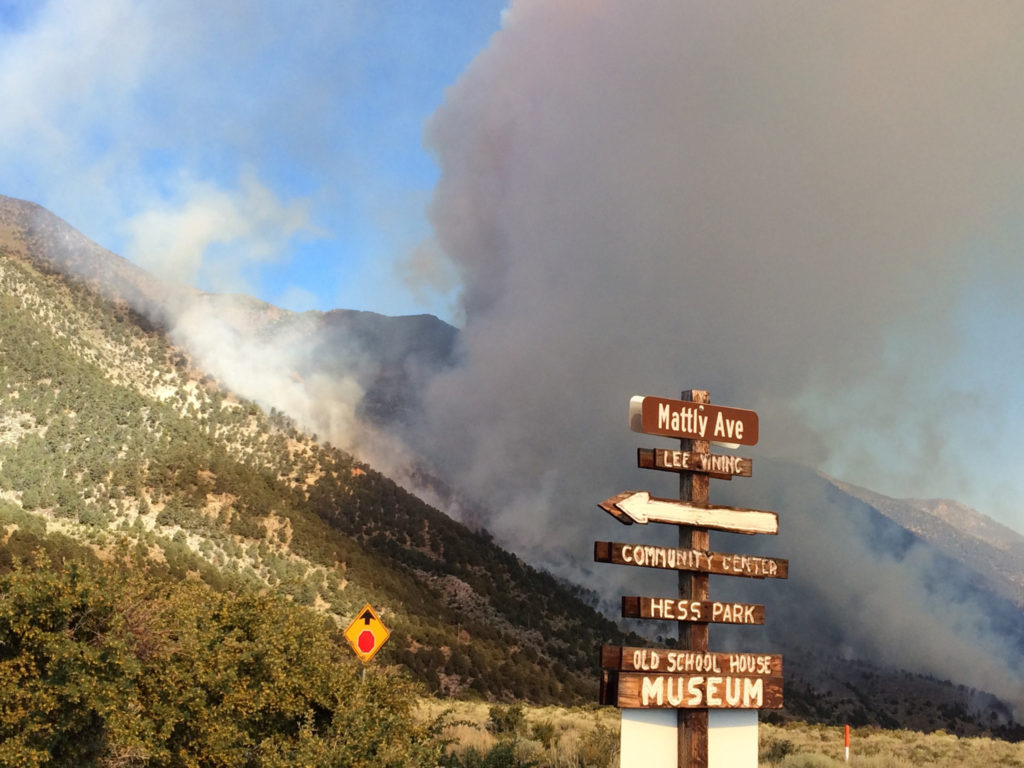 The Marina Fire in Lee Vining. Photo by June Simpkins.