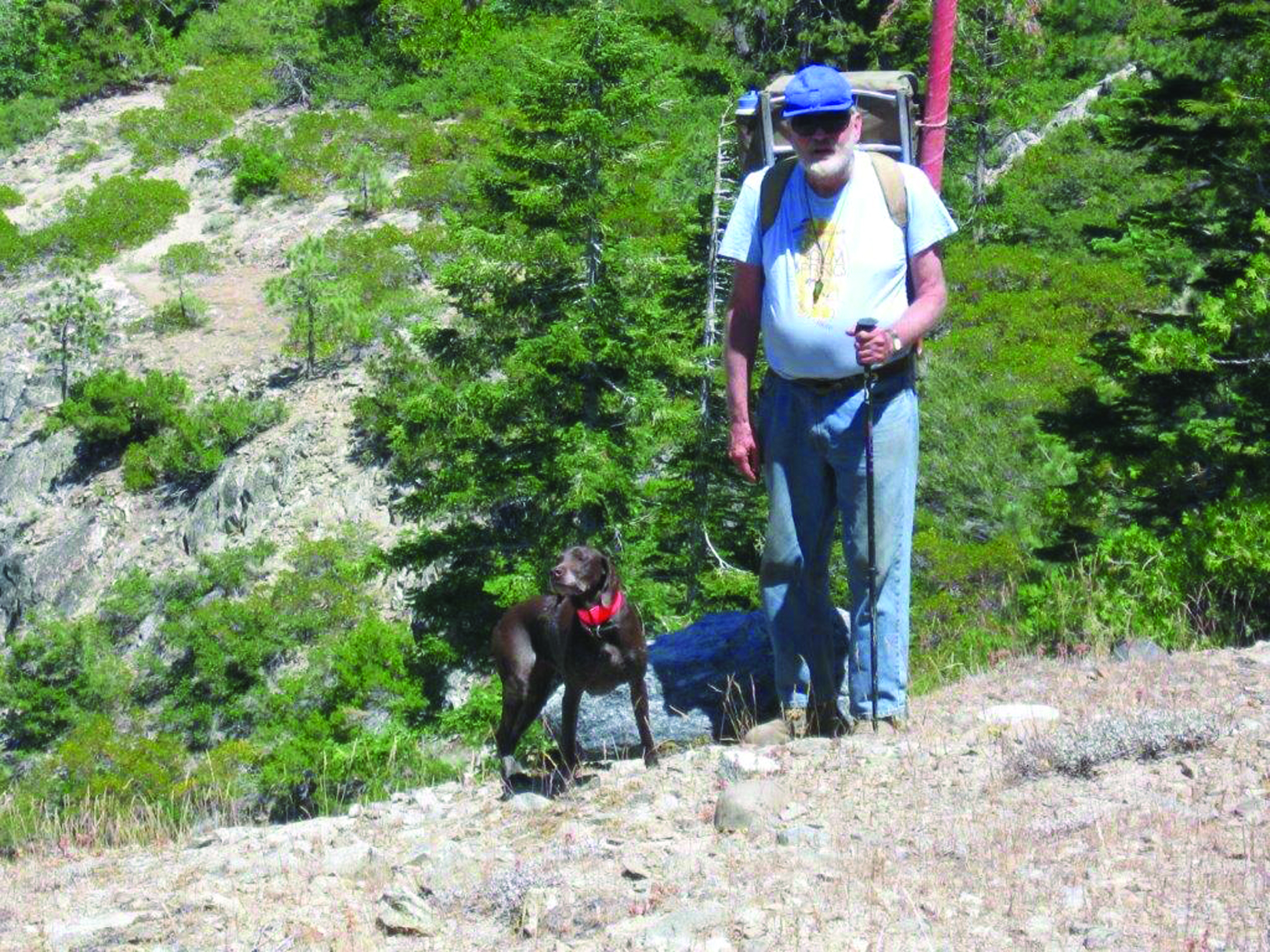 Mountain man dies at his home on Forest Trail

A true Mammoth local, Jack Winkler died at the home he lived in since 1976 on Sunday, September 4.

Winkler, a graduate of Fairfax High School in Hollywood, the University of California Los Angeles, and Stanford University, found Mammoth when he was stationed at China Lake during his service with the U.S. Navy. “His first weekend at China Lake, he joined the Ski Club,” said Kevin. “He caught a ride up here, back in the days of the rope tow.”

Winkler knew he had found the place he belonged. Originally a mechanical engineer, he ended up working as a lift operator, and then as a ski patroller at Mammoth Mountain, and finally in real estate before he retired. Kevin and Bret shared fond memories of their days in Mammoth with their father, side-stepping up to Chair One and hanging out in the ski patrol locker room. In the late ‘70s and early ‘80s, Winkler’s sons were at the perfect age to enjoy the Sierra with their outdoorsman father—they spent summers rafting the Owens River and enjoying backpacking trips to Garnet and Thousand Island Lakes. “We’d bring food for three days and stay for five days,” said Bret, fondly recalling how the father-and-sons team would reel in the fish. Their father, an Eagle Scout, lead his sons on Boy Scout trips to the top of Mt. Whitney.

“I was a fourteen-year-old kid with an 80 pound pack on top of Mt. Whitney,” laughs Kevin. “They’d never let kids do that nowadays.”

The two men recalled bathing in Hot Creek when it was still allowed, cooking steaks and looking up at the shooting stars over Long Valley. “Everywhere you went with dad, it was always cold, and late,” Bret said, smiling.

Their father was a stubborn man, they said, who loved breeding German Shorthair Pointers, bird hunting, and exploring the outdoors in his beloved Sierra. “He got lost once, and rescued, about two years ago, at the age of eighty,” said Winkler’s oldest son, Erik, on the phone from his home in Hawaii. “I was never lost, I knew exactly where I was,” Erik recalled his father saying after his rescue.

Winkler was a big proponent of small government, his sons recalled. He ran for Mono County Supervisor in 2008, and didn’t win, but Mammoth Councilman Kirk Stapp recalls him coming up with some pretty profound policy ideas. You’d have to listen pretty close for ‘em, recalls Stapp, because he did tend to ramble. He was very concerned about Mammoth Lakes, said Bret, to the point of being “kind of a pain in the ass…But he really cared about his community, that was his way.”