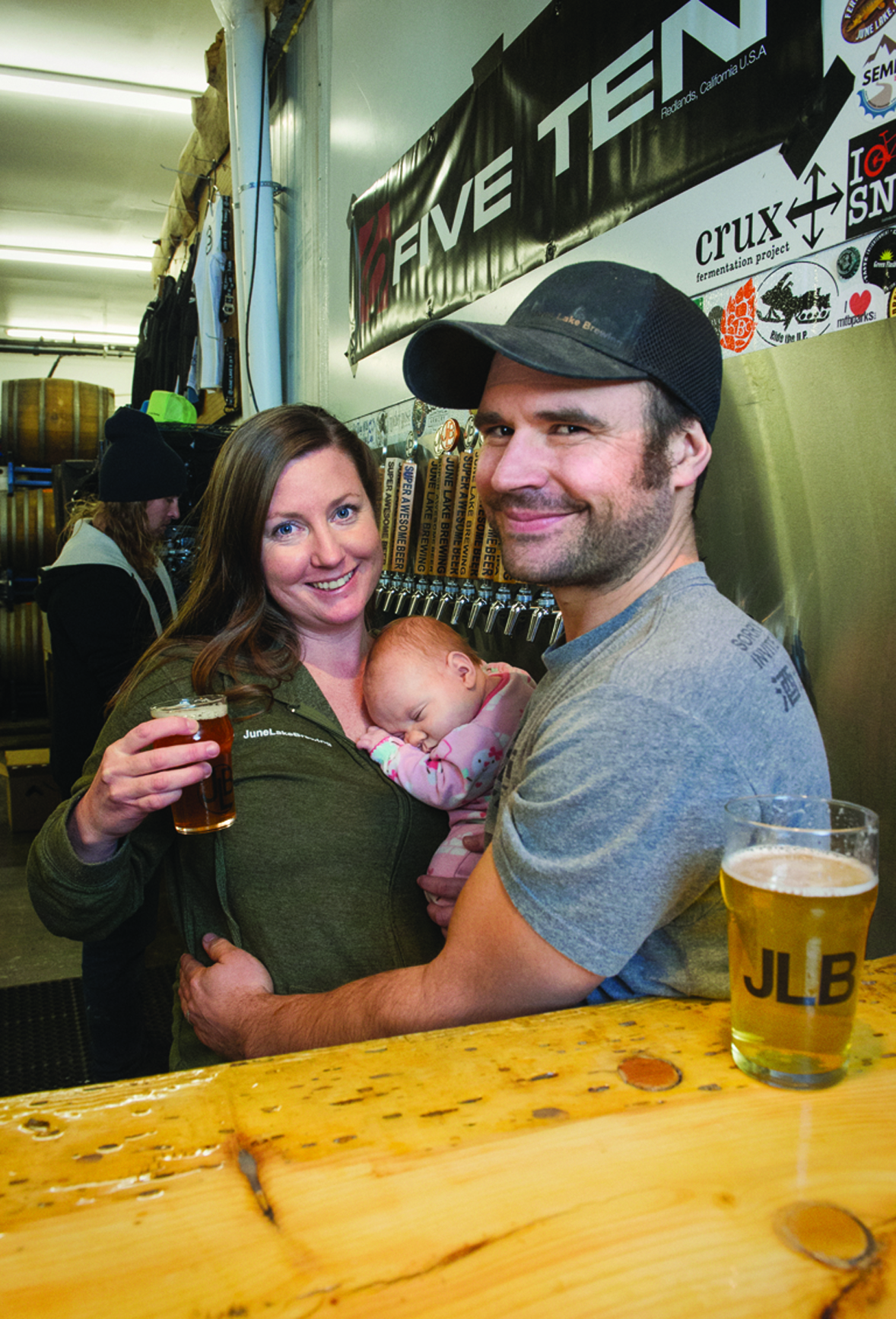 For the fourth year in a row, the June Lake Chamber of Commerce will host its Autumn Beer Fest. Tickets for the popular tasting garden have sold out, but the Fest is still open to the public, with food stalls, music and events being free of charge. Unfortunately, the stein-holding contests are full, too. Sorry, Popeye.

The public is invited to bend an elbow, dance, be merry and enjoy the suds from June Lake Brewery (JLB). But Sarah and Justin Walsh, owners of JLB, want to keep the fun manageable; hence the cap on ticket sales. They want to keep it small and close, they say, just like June Lake. The Fest is known by reputation alone, and is not advertised.

Sarah called it “A boutique festival specializing in super awesome beer.” She added that only exceptional beer made by exceptional brew masters will be included in the beer garden. There will be 16 breweries this year including Green Flash, Great Basin, Booze Brothers, Mike Hess, and Four Sons. Mammoth Brewing Company, Black Doubt and Mountain Rambler will represent the Eastside.

A beer celebration was not the Walsh’s idea; it was the June Lake Chamber of Commerce that approached them almost as soon as they stepped foot on June Lake soil.

“We were asked to put it on in 2013, not long after my husband and I arrived to live full-time in the town and begin searching for a location for our business. Their brewery was not even open yet, and did not participate in the first beer festival, Sarah explained. JLB opened in June 2014.

“The chamber was excited to have a new business in town and people who knew beer!” she added. “It was a good festival to enjoy the fall colors and maybe increase visitation to our town during a somewhat slower time.”

JLB isn’t in this to sell beer, but rather to help the neighborhood. The chamber puts the Fest on and the community gets the proceeds; organizations like the June Lake Women’s Club, Mammoth High School Football  team and the June Lake Fire Department all benefit. These same groups will be volunteering at this weekend’s event.