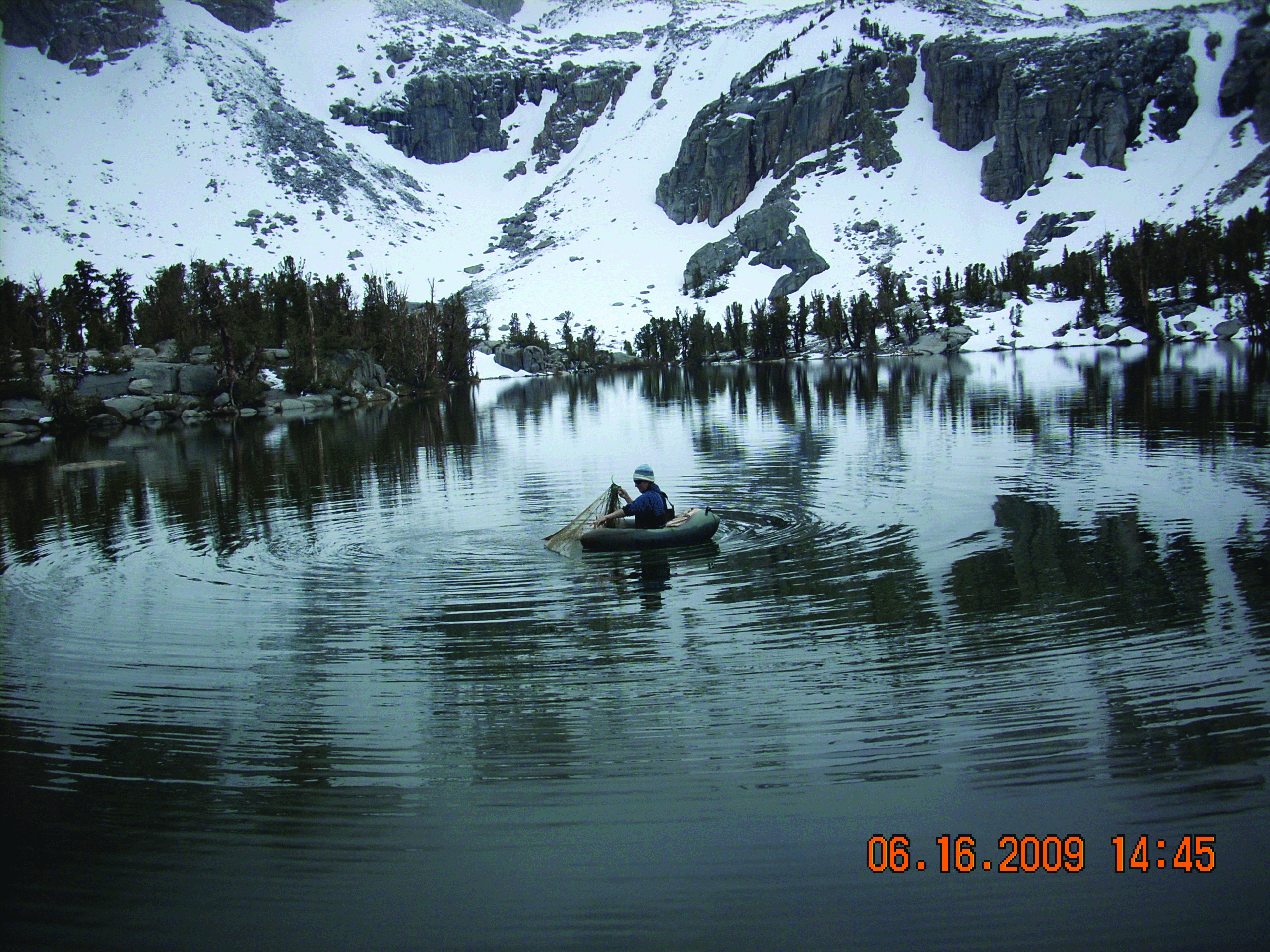 According to Jim Erdman, Environmental Scientist for California Department of Fish and Wildlife (CDFW), non-sterile, or diploid, Rainbow Trout may be stocked in the Mono and Owens Lake Basins as early as Spring 2018.

Stocking diploid Rainbow Trout in lakes and streams throughout California was common practice for CDFW until 2010, when The Center for Biological Diversity filed a lawsuit against the agency under the California Environmental Quality Act (CEQA). The Center sued on the basis that CDFW had not conducted sufficient research to determine whether or not the practice of stocking rainbow trout was negatively affecting species protected under the Endangered Species Act of 1973.

Lahontan Cutthroat Trout, which are native to northern Mono County, are a listed species under the Endangered Species Act. They are unique to The Walker Basin and, like Golden Trout and Paiute Cutthroat Trout, can interbreed with hatchery-raised Rainbow Trout if they coexist in the same waters. That interbreeding may produce more fish that are exciting to catch, but could ultimately lead to the extinction of a federally protected species.

In 2011, CDFW started stocking sterile triploid Rainbow Trout in places where the department had previously stocked diploid Rainbow Trout that were capable of reproducing in the wild. According to Erdman, CDFW was tasked simultaneously with protecting historic recreational fisheries and the economies that rely on them, and being as conservative as possible in determining whether or not those activities threatened sensitive native species. Erdman said that triploid fish should be practically identical to their diploid counterparts, except that they can’t reproduce.