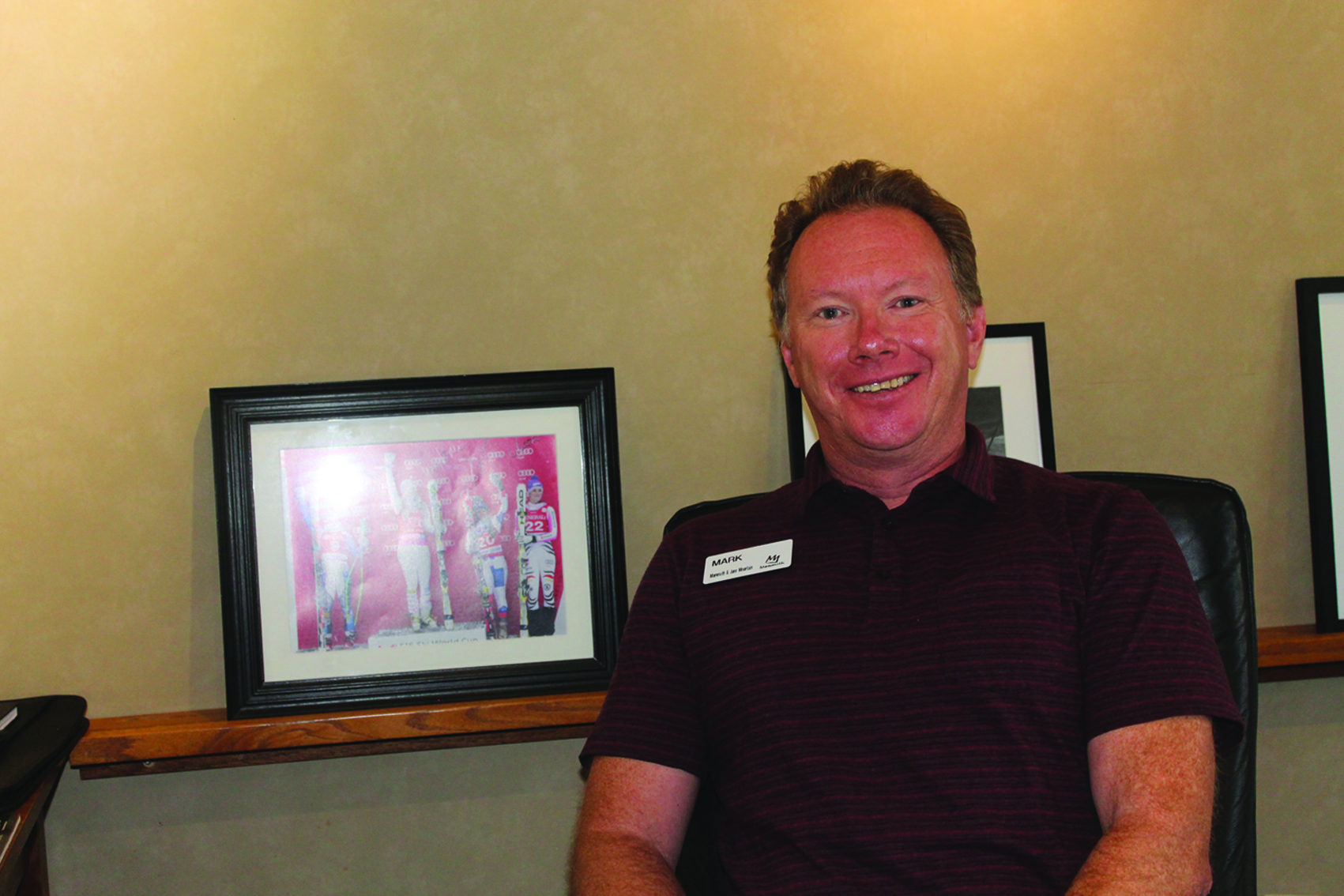 Brownlie takes over as Mammoth President/COO

There was a point in my conversation this week with Mark Brownlie where I suggested he was a low-key, consensus-type leader.

Maybe I was led to believe this by his relaxed demeanor, or by the friendly chirps and waves of those who passed by his office door during our conversation, but Brownlie was quick to set the record straight.

Brownlie, 47, who started his career at Mammoth in 1997 in the race department, is passionate about being the best. His goal is to offer the best on-mountain ski experience in the world—and if that’s your goal, low-key is not the way to get there.

When asked what frustrates him most when it comes to managing people, he said, “Having a contentment with mediocrity would be my biggest disappointment.”

Brownlie grew up in a village at the base of Cairn Gorm, one of Scotland’s five ski resorts.

His grandfather was a rancher – at one time he raised 2,500 sheep and about 170 Angus cows.

Brownlie was the only heir of his generation and fully expected that ranching was his future.

There was just one problem: He really, really liked to ski.

As a teenager, Brownlie worked part-time at the local ski school. There, he met a lad named Finlay Torrance. Torrance ended up playing a significant role in Brownlie’s life in two ways:

1.) It was Torrance who met Glen Plake in New Zealand about six years later (Plake was one of their mutual idols for his role in Greg Stump’s 1988 film “Blizzard of Aahhhs”). Torrance convinced Brownlie to come down to New Zealand to work during the winter of ‘92. Brownlie told his grandfather he was going to New Zealand to learn how to shear sheep better. Even grandpa didn’t believe him.

This set Brownlie on a course for the next decade to work the ski season in both hemispheres.

2.) It was Torrance (again) who invited Brownlie to Mammoth in June, 1997, and John Armstrong who ended up hiring Brownlie for that upcoming ‘97-’98 ski season.

Torrance, by the way, currently serves as Mammoth’s Director of Base Operations.

Brownlie moved to Mammoth full-time in 2002 when he became head coach of the Mammoth Mountain Ski and Snowboard team.

One of his prize pupils, Stacey Cook, became an Olympian. In fact, Cook was exiting Brownlie’s office as I arrived this week. Their bond is forever strong.

Another one of Brownlie’s racers was Eric Mann, son of Mammoth’s Vice-President of Mountain Operations Clifford Mann, who has almost a half-century of experience working at Mammoth.

Brownlie said that, via Clifford, he began learning about all aspects of ski area operations, and also ended up working with Rusty Gregory, Greg Dallas, Pam Murphy and Bill Cockroft on various projects in the years after he was hired by MMSA full-time.

He became Vice-President of Mountain Operations in 2012-2013.

“The complexity of opening this place [Mammoth] is totally unique [within the ski industry],” says Brownlie. “And in Mammoth, it’s about getting open … we never consider saying no until we’ve exhausted every way of trying to say yes.”