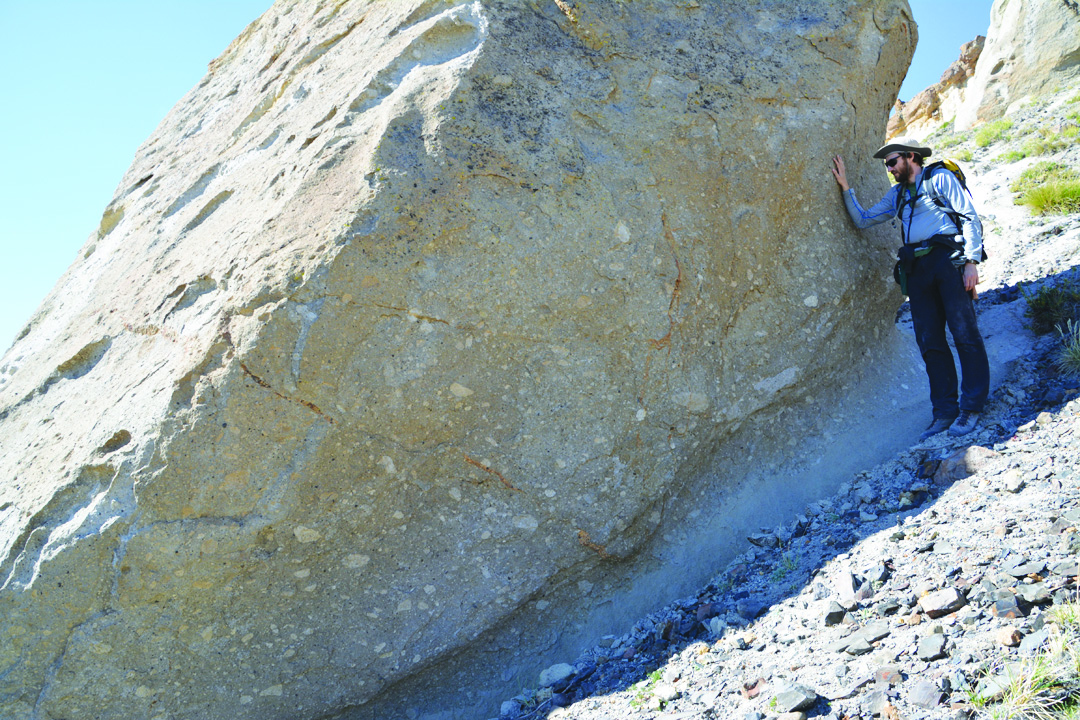 Are we all going to die? Probably not from a volcano, says Dr. Nathan Andersen

The Long Valley Caldera made national news this week, when Dr. Nathan Andersen, a geologist at the Georgia Institute of Technology, made it the poster child for changing theories on how supervolcanoes work.

Scientists once thought that supervolcanoes were characterized by seething, molten masses of magma lurking just beneath the surface of the top-most rocks in the Earth’s crust. Andersen proposes that supervolcanoes are more insidious. He says the magma chamber beneath Long Valley Caldera was much cooler and semi-solid right before it blew its top in the massive super-eruption that created the Bishop Tuff about 765,000 years ago. During that event, 650 cubic kilometers of lava and ash spewed from Long Valley in less than a week, scattering debris as far as Oklahoma. Andersen’s co-author, Dr. Brad Singer, a geologist at the University of Wisconsin in Madison, told The New York Times that the Bishop Tuff eruption would have “completely wiped out everything within 50 kilometers of the caldera. All the vegetation and biota in that area would have been extinguished.”

“It used to be that people thought big volcanoes were being fed by an ocean of molten rock underground,” Andersen told The Sheet this week. “We’re changing that. These systems tend to be stored at cooler temperatures for long periods of time, as magmatic mush.” Andersen said magmatic mush is a mostly solid, crystalline rock structure with a little bit of melt in some places. “This has implications for the signals we’d look for if one of these systems were to wake up and become eruptible again, and for what a supervolcano system looks like.”

As part of his PhD dissertation, Andersen analyzed 49 crystals from the Bishop Tuff and dated them by measuring how much Argon was present in them. Argon becomes a gas at high temperatures and can’t be retained in hot crystals. Andersen didn’t expect to see Argon in crystals that were older than the known date of the Bishop Tuff eruption.