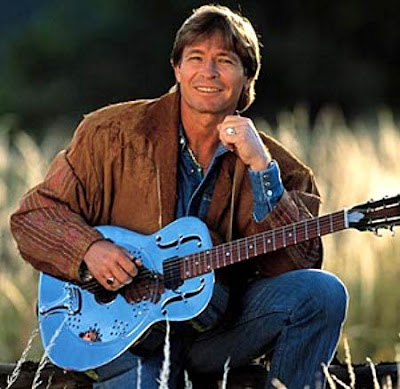 For Blondie, all country roads could soon lead to John Denver. (Photo: Freewebs.com)

Blondie the bear on borrowed time

Blondie the bear has had a depredation permit taken out on her hide for the past week or so. But until recently, it seemed as if she was more likely to die of old age than by formal execution, as law enforcement and town officials sorted out the legal hurdles they needed to clear in order to dispatch her.
Blondie, you may recall, had a hit placed on her after she was deemed a habitual human food source offender as a result of numerous kitchen raidings and other encounters. Immediately after the depredation permit was issued (to Mayor Neil McCarroll, whose home has been invaded multiple times), an effort was made by local volunteer organization Bear-With-Us to trap and transplant her to a location in Denver. While that effort is reportedly still ongoing, late breaking reports indicate she may be drawing much closer to seeing John Denver instead.
As Thursday drew to a close, word came from Town Manager Rob Clark that a dialogue has been started with the U.S. Department of Agriculture (USDA) to secure its Wildlife Services division in order to bring down Blondie. “It’s cost-effective, efficient and what’s more it’s humane,” Clark told The Sheet. Nothing was final at press time, but Clark added that if talks continued forward, estimated cost to send Blondie down a country road would come in at roughly $1,200-$1,500.
During a briefing at Thursday’s Town-County Liaison meeting, Department of Fish and Game (DFG) Regional Manager Bruce Kinney said his organization doesn’t fill such orders; that, he said, is up to the person issued the depradation permit. In this case, that’s Mayor McCarroll. Ah, but there’s a hitch … he can’t actually take out Blondie even if the bear’s in his own kitchen, since Town law prohibits citizens from discharging weapons within Mammoth’s town limits.
Meanwhile, the MLPD has discretionary authority for sworn officers to act without the DFG even being on site, and further, Kinney advised that the depredation permit allows subject animals to be followed to a less-populated area or other safe location, even if that means leaving the site covered by the depredation permit.
That however, doesn’t cover Wildlife Specialist Steve Searles, who’s under the Town’s jurisidiction, not the MLPD’s. Searles has been on several calls recently, but was prohibited from drawing, much less firing, his weapon for various legal reasons, most of those territorial in nature.
Also discussed during Kinney’s briefing was a Mammoth homeowner who was cited with just a $25 fine for allegedly feeding bears 20-30 pounds of dog and cat food per week. Kinney said getting such offenders in court and making a conviction stick is problematic. “You have to catch them in the act,” he said, “and if no one was hurt, it’s difficult to pursue.”
That revelation comes on the heels of a recent, nationally-reported news story of a Colorado woman who was believed to be killed by a bear that she was feeding, though Kinney said that was only the preliminary determination.
“No one actually saw the bear kill her,” he said. “There’s some thinking that maybe she suffered some sort of physical debilitation that led to her being dragged away and eaten.”
And Mammoth isn’t the only area with a bear problem. Bridgeport District Ranger Cheryl Probert recently advised the Mono Board of Supervisors that bear activity has increased dramatically, particularly around the north county Twin Lakes region, and said she’s sent out advisories to campers there calling on them to police their food and trash or citations will be issued.
Kinney basically nixed any idea of rehabilitation or relocating Blondie to Denver. Bears with habituated human food source issues or have had depredation permits taken out on them aren’t really candidates for such an action, especially given the Eastern Sierra’s upward-trending black bear population curve.
Blondie has four dark colored feet and a dark patch on her rear, and has been seen most recently in Mammoth’s Majestic Pines area. If Blondie (or any bear) is found in a home, contact Wildlife Specialist Steve Searles at 937.BEAR and also phone the MLPD at 934.2011 immediately.