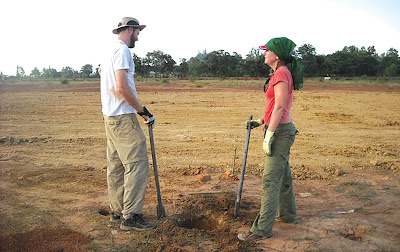 Smith (right) and filmmaker Brad Ley went to S.E. Asia to dig holes. It was worth it. (Photo courtesy Jarrett Smith)