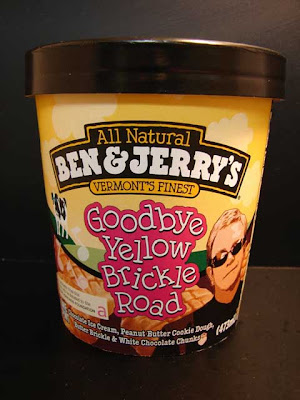 Former Environmental Programs Director at MMSA Lisa Isaacs is still holding her former employer’s feet to the fire.
Isaacs took issue with an MMSA advertisement which ran in the Dec. 26, 2009 Green Sheet which inflated MMSA’s use of biodiesel in its transportation fleet.
1) Never has any diesel vehicle up there run on ‘30 to 50 percent’ biodiesel. In fact right now, you’re arguably not running on any biodiesel as it’s my understanding from your supplier that you haven’t purchased ANY biofuel to mix w/ diesel since prices went way up before last summer.
2) The ‘strengthened’ idling policy is actually weaker than previous. It deleted the inclusion of ALL combustion engines on mountain property and does not go beyond legal dictates, so to have it promoted as being stronger than previous is also inaccurate.
The Mountain acknowledged the error this week, but insists it was a simple mistake and not part of a larger conspiracy to pollute the planet. The actual percentage of biodiesel used by Mammoth Mountain Ski Area on an annual basis is 10-20%. Any questions regarding MMSA’s environmental policies should be directed to Rebecca Paranick-Poiset at environment@mammoth-mtn.com.
And now for the “obnoxious comment” MMSA CEO Rusty Gregory said he expected (and how could I let Big Red down). When MMSA dropped Isaacs as part of last year’s effort to trim payroll in the face of the recession, MMSA CEO Rusty Gregory said that MMSA would best use money which formerly went to personnel (Isaacs) for actual projects on the ground. Hmm. Increased use of biodiesel does not appear to be one of those projects. And how does a Ski Back Trail help the environment, exactly? We know it helps Lakanuki. We also hope it doesn’t increase the workload for Search and Rescue. Or is used as the filming location for Land of the Lost 2.
As for the Town Council meeting Wednesday night, it should take about two sentences to summarize. One discussion item was about how/when to use the Reserve for Economic Uncertainty. Councilmember Wendy Sugimura is convinced that there is a policy Council can create for every unforeseen circumstance.
But if the circumstance is unforeseen, how can you create a policy for something of which you know nothing about, Private Yossarian?
If that were the case, wouldn’t we have created a special alarm system behind Bill Manning’s file cabinet to catch all the critical faxes from the Federal Aviation Administration?
As if any future Council will pay attention to a policy decision made by this Council regarding the budget anyway.
Then there was brief discussion regarding Staff restructuring. One could ascertain from Towen Manager Rob Clark’s tone that he is already angling to increase the number of taxeaters under his command.
He said a cursory comparison of sttaffing levels of other peer resorts (which Deputy Town Manager Karen Johnston noted was done solely via internet because Town Staffers don’t like to talk to live human beings or get actual apples-to-apples data) shows that for the services Mammoth provides, it’s on the low end of the staffing spectrum.
Which is like Ryan O’Neal saying he graduated at the top of his class from the Betty Ford Clinic.
Councilmember Jo Bacon said that at minimum, for a department such as public works, there should be a comparison of the number of road miles maintained by each municipality to better reflect our costs.
Then Councilmember Eastman spoke up saying how Mammoth has done a lot better than places like Reno when it comes to timely budget adjustments.
Insert the O’Neal joke here one more time.
And from Geisel’s desk …

An error of omission was pointed out to us, one we at The Sheet regret immensely and wish to correct. The reason isn’t important, but in our Year in Review “In Memory” section, we thought we had included the late George Fowler’s notice, but somehow it was left out and between the various pages, wasn’t caught prior to publication.
Fowler was always good to us here at The Sheet and we have long admired his role and activisim in the community. We include the listing as originally written for the YIR issue:
GEORGE FOWLER: Mammoth Lakes business titan and icon George Fowler, 74, a longtime Eastern Sierra local and founder of Coldwell Banker Mammoth Real Estate (CBMRE), passed away April 1, at his home in Palm Desert from complications due to brain cancer. His wife, Jody, and many family members were with him.
Fowler had been battling the disease since the latter part of 2008, and had been improving until sometime in March. Within a week or so prior to his passing, however, his health reportedly took a turn for the worse.
An avid outdoorsman, Fowler was well known for his love of numerous sports … among others, he surfed, skied, bicycled, swam and ran. Last summer, he competed in 10 triathlons, including the June Lake Triathlon.
Monday night’s Mammoth Unified School District Board of Education Special Meeting didn’t yield any real surprises. Coming out of closed session, here’s the gist of things: the Board said it voted unanimously to immediately terminate Dr. Frank Romero’s agreement, officially ending his term as Superintendent. In addition, the Board unanimously voted to ratify the appointments of Richard McAteer as Interim Superintendent and Patrick Rogan as Elementary Principal. Both contracts will be brought to an open session to be voted on at the Board’s next meeting, Thursday, Jan. 28.
Following are some excerpts from a statement the Board also issued in conjuction with the closed session report: “Members of the community had made the Board aware of plagiarism in articles published in the Mammoth Times. During an ongoing investigation by the Board, Dr. Romero submitted an unsolicited resignation. As a result of the investigation, the Board found a pattern of plagiarism in multiple writings that would not be acceptable in any academic setting.
The District has expectations for its leaders that are nothing short of what we expect from our teachers, employees and the students we strive to serve. With this decision made, we are now focusing all our attention on identifying the right leader for the District.
Students and the hard working professionals in our District deserve to be guided by leaders they can trust, leaders who set the mark for integrity and honesty. This Board of Education will settle for nothing less, and neither should this community.”
We agree.

TheSheetRadio.com listeners will soon be able to take their Sheet on the road. Ford Motor Co. announced Thursday at the Consumer Electronics Show in Las Vegas that it plans to add Twitter messages and Internet radio to its in-car entertainment and communication service, known as Sync. Ford further suggested that the voice-activated system is safer for drivers than trying to manipulate applications on their cellphones.
Ford CEO Alan Mulally told an audience at the International Consumer Electronics Show on Thursday that Sync is designed as a way for drivers to chat with their kids and make dinner reservations, “all while keeping their eyes on the road and their hands on the wheel.”
Ford is one of many companies at CES that showed off new information and entertainment technologies for drivers and passengers.
“They’re providing more things for drivers to do, but in an easy way,” said Paul Green, a professor at the University of Michigan Transportation Research Institute, adding that that since Sync uses voice-activated commands, it should make it easier for drivers to keep their attention on the road. “One hopes it’s a net gain.”
Ford’s Sync service, which was developed by Microsoft Corp. and rolled out in 2007, already lets drivers do such things as make phone calls and use GPS technology to get turn-by-turn directions and traffic information.
As for TheSheetRadio.com, we’re still working out the kinks to the schedule, but you can tune in Monday-Friday at 8 a.m. for Scott Johns morning show. Lunch appears every morning at 9 a.m. to offer his daily news update, so if you need a Sheet news fix more than once a week, we’ve got it for you.
Thanks also to the Carmichaels at Carmichael Business Technology for their continued support of this venture. It’s a tech-heavy business which writers like us find extremely intimidating, and Carmichael’s been there to help troubleshoot every problem.

And finally, being the Elton John fan that I am, of course last year I had hoped to finally get a spoon into one particular Ben & Jerry’s limited edition flavor: Goodbye Yellow Brickle Road, a peanut butter brickle confection John came up with to benefit the Elton John AIDS Foundation. Sold at first only during his first-ever concert appearance in the Vermont in 2008, my chances of getting any then: none … I live in Mammoth and if I’m going to see Elton, ice cream or not, he’s gonna have to be a little closer than Vermont.
I wrote Ben & Jerry’s to get them to commission a full-time flavor, you know, such as Phish Food, and flavors by Dave Matthews and Stephen Colbert. No luck.
Then, a glimmer of hope.
Last May, it was re-issued in limited batches. I turned to Sue Hayashi at our local Ben & Jerry’s, who kindly looked into the situation. She found out that some of the distributors got small allocations, but unfortunately none of the ones she dealt with.
Curses, foiled again.
I hoped for FedEx boxes from friends with pints packed in dry ice. I looked in every freezer case containing ice cream I walked past. Nothing. By year’s end, I’d given up hope. Then, while finishing this issue, came an e-mail from Sue …
“I remember that you were asking for this flavor last year and I was not able to get it. Well, I have a new ice cream distributor and they still had some in stock. SO I now have this flavor we can scoop from!”
Note to readers: there are business merchants out there that care … Sue at Ben & Jerry’s is one. Not only did she remember my asking her about the flavor, but she thought enough to let me know when it came in.
I realize it’s only ice cream, and Sue could have just put it in stock and gone about her business as usual, but that’s not her style. She remembered. That spirit counts for a lot, and I’ll remember it when I take that first bite. Thanks, Sue … like Sir Elton himself, you rock!

People came and the
weather cooperated
We all made some bank