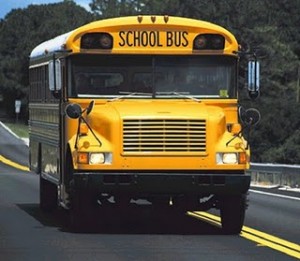 Mammoth High School Principal Mike Agnitch announced Wednesday that he will conclude a 34-year career as educator and administrator when he retires at the end of this school year, effective June 30.
Agnitch has spent the last three years as MHS principal, but before that spent 15 years as a teacher (biology and computer science) and Director of Educational Technology in the Beverly Hills Unified School District, as well as administrator in charge of curriculum, counseling and student activities at Moorpark High School.
While at Mammoth, Agnitch’s credits include hands-on involvement that was key in establishing the Health Science Academy, providing parental access to student grade information via the “Parent Portal,” initiating a district-wide parent notification system, increasing counseling services and adding a bilingual technician to the staff, and implementing a mandatory after school tutoring program for students with less than a 2.0 grade point average.
In a memo to the press, Acting Superintendent Rich McAteer said: “The district thanks and appreciates Mr. Agnitch’s commitment to the students at MHS, and wishes him well in his retirement.”

School District of “No”

Last Friday’s first Mammoth Unifed School District/Town of Mammoth Lakes (TOML) Liaison meeting of 2010 saw discussion of several hard topics. No pink slips or new school bonds are in the offing. On the other hand, budget cuts may bring about no busing – though that cloud may actually have a silver lining.
Superintendent McAteer briefed the committee on possible budget hurdles facing the District. At the moment, MUSD is looking at a $250,000-350,000 shortfall between now and next fiscal year. At this point, he’s not recommending pink slips, and has 60 days after the governor’s budget is approved, so employees will know plenty early, should that become part of the worst case scenario.
The budget likely won’t be final until sometime during this year’s Christmas holiday period; however, that also falls halfway through MUSD’s fiscal year, so a plan will have to be developed should things take a sudden downward turn.
“If we have to recommend to the [Board of Education] to deficit spend, we’ll need to develop a three-year plan to ensure we see a light at the end of the tunnel,” McAteer said.
Meanwhile, he said the District is basically doing the same with the same amount of money it had in the early ‘90s, only now it has more kids to educate. Mitigating that somewhat is the $250,000 provided by Rusty Gregory for the Integrated Study Center recently started at the High School.

Board of Education member Greg Newbry reported to the committee that it’s “unlikely” a new school bond will appear on any 2010 ballot. Newbry said the Board knows it will need to do a bond in the next 2-4 years, but that it needs to be “smart” and work with the Town to avoid any possible competition.
He said, however, that the parcel tax extension is another story, and will be put before voters at some point between now and early 2011. The BOE is simply waiting to see if the rules for a special election go from a 2/3 plus one majority required for passage to 55%, which would give the Board “more flexibility” in how and when measures are placed on local ballots.

Busing students, as McAteer reminded the committee, is something school districts generally do because they want to, not because they’re mandated. If funding becomes a serious issue, MUSD may have to shelve all or most of its busing plan, but the committee did kick around some possible options to keep kids on the bus, or at least A BUS.
The committee may recommend that MUSD and the Town explore a “collaborative effort” to put students on TOML/Eastern Sierra Transit Authority/Mammoth Mountain Ski Area bus routes, that could be augmented with an additional route or stops to give students closer access to schools.
Establishing a Crowley Lake Users Utility Tax, possibly in some kind of a “special district” context, was debated, and though an intriguing idea, it raises procedural and other legal questions, such as whether the entire County would have to vote on the UUT, and how the special district would be set up.

The Town’s Recreation Department is still working on a provision to have the ice rink, located behind the Mammoth Library on property it leases from MUSD, completed in the near future. The Town’s fiscal situation has hampered plans to finish the project including the rink’s biggets ticket item: a roof.
Newbry said the language in the MUSD’s new lease extension completed with the Town leaves out specific mention of when a roof will be on the facility, and simplifies it to allow more practical administration by the Rec Dept.
The Town is free to send in timelines for completing various items, small or large, set forth as it sees fit. “[The Board is] not in the business of telling the Town how to run a Recreation department,” Newbry said.