Another year, another few bucks for a lift ticket.

In his annual letter to Mammoth Value Passholders, MMSA CEO Rusty Gregory announced that the price of MVPs would increase from $579 to $639. The price of a daily lift ticket will also increase from $87 to $92.

The MVP club is again closed to everyone other than current members.

MMSA will offer a two-year MVP renewal option at $609/year.

Speaking of MMSA, we’re sad to report the death of Joshua Hernandez, a Mountain employee who died as a result of injuries sustained during a snowboard accident on March 12.

According to the Mono County Sheriff’s report, Hernandez was involved in a high speed snowboard collision with a fence. He was able to return home after the incident, but when the pain became too acute, was later transported to Mammoth Hospital. Hernandez went into cardiac arrest at the hospital where life-saving efforts were unsuccessful.

One aspect of this report appears to be inaccurate. The Sheet received a conflicting report from an MMSA employee which stated that Hernandez was injured at the bottom of Chair 4 (Rollercoaster), where he apparently snowboarded into the lift ticket office/restroom. MMSA has since installed padding on certain parts of the building (see photos). 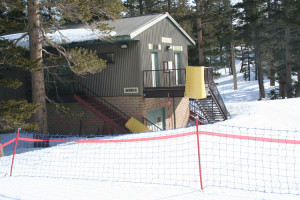 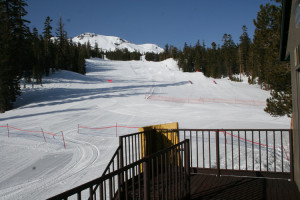 From the Mammoth Lakes Town Council meeting this past Wednesday … Council did approve the expenditure of $152,000 for the replacement of the welcome sign at the entrance to town.

And that wow apparently did not just refer to the price tag.

In giving their approval, more than one Council member cited the three years of work that have already gone into the project.

And if you were following TheSheettweets from Wednesday’s meeting, you’d know that it would take just as much time to explain the deep philosophical significance of the sign as it will to actually plan and build it.

*Why did I not major in art criticism?

Following Deinken’s lead, McCarroll struck some west Texas oil when he stated, “The subtleties of this sign are just amazing.”

And from Eastman: “I have full faith and trust in the [Art] commission.”

In other Council news, I’ve got one more McCarrollism of the week. In regard to air service, Neil said, “They’re planning on year-round service except for October and one-half of November.”

Unless every month is shortened to the length of February and the Earth changes its orbit around the Sun, I don’t think Neil’s interpretation of the meaning of year-round is accurate.

I’ve held my breath ‘til now, but now I can exhale. Wendy Sugimura is officially not running for reelection. Good for the town, but not so good for this editorial page.

And from Geisel, some notes from the County’s midyear budget review (look for more online Monday):

The County’s reserve fund balance has declined $1.5 million over the past year (from $6 million) as the County tries to cushion the impact of the recession.

Board Chair Byng Hunt issued this warning to groups seeking County support over the next few years: “The reality is the County is facing dire straits … things are going to be tight.”

The Board rejected a request by Mammoth Lakes Police Chief Randy Schienle to 33 percent fund a School Resource Officer for the Mammoth schools.

“If the Town wants to send the Board $40,000, we’ll put a Sheriff’s deputy in there,” quipped Supervisor Hap Hazard.  “Is there a possibility of reassigning Steve Searles?”

“I’ll sit down on that one,” replied Schienle.

We’ll postpone the writeup about the Town’s employee pension situation until next week because we haven’t had time to digest the information provided by Town Finance Director Brad Koehn.