If you do nothing else on June 5, get out and vote. The race for Mono County Supervisor has the potential to change the majority of the current Board and with it the future path of the County.

Jan Huggans, 69, may be the candidate with the longest history in District 4, but what does Huggans stand for besides constitutional knowledge of the Bridgeport area?

“I care for the county,” Huggans said. “Bridgeport is struggling and it’s hard for me to see that. We need to do something. We can’t wait for something to happen.”

While common sense is one of Huggans’ strengths, she admits that public speaking is one of her weaknesses. Stricken with Bell’s palsy in 1994, which affected the left side of her face, Huggans doesn’t smile much either, which could be off-putting to those approaching her.

But she’s not letting any of this keep her down. When asked if she felt overshadowed by her opponents, Huggans claimed she felt “confident not overshadowed in my thinking.”

“I just want to help and I work hard,” she added.

Huggans has served on the Mono County Planning Commission and currently serves on the Bridgeport Public Utilities District as its Chair, which recently wrapped up an embezzlement investigation. If elected, she would step down as the PUD Chair.

“Both [Planning and PUD] have important issues,” Huggans said. “It’s important to serve if you can.”

Huggans is the only District 4 candidate that has not jumped on the Internet, social media bandwagon.

“Between the candidates’ nights and letters [she’s sent out], people know me,” Huggans explained of that decision.

On the issues, Huggans is against using tax money to subsidize the Mammoth-Yosemite Airport.

“I don’t have anyone subsidizing me,” she said from her view as a small business owner. “The air service people need to find a way to make it profitable.”

The biggest issue she sees for Mono County right now is the economy.

“I don’t see the light at the end of the tunnel yet,” she said. “At this point people are running out of their savings.” She pointed to a quieter than usual fishing opener in Bridgeport as proof of the continued down economy. “I’ve never seen it like this.”

Huggans believes there are going to be less people taking trips, and therefore there will be stiffer competition to get visitors to tourist-based areas such as Mono County.

“We need to spend as much if not more on tourism,” Huggans said. “Promotion of Mono County is critical.”

Through her campaigning in Mammoth, Huggans has found that the newest addition to District 4 has the same economic issues she sees in the North County. People in both areas are just trying to hang on.

In closing, Huggans said, “I know what is right and what is wrong and I

have strong convictions. I don’t have a silver tongue, but I get the job done.”

If you have any last minute questions for Huggans, contact her at huggansjw@schat.net. 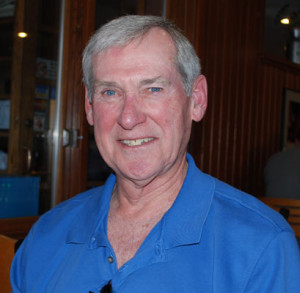 At 72, Bob Peters is the oldest District 4 candidate in the running, and in his mind, the wisest and most experienced, having already served a short term as a Mono County Supervisor in 2010. Governor Arnold Schwarzenegger appointed Peters to the District 4 seat following the passing of Bill Reid.

Prior to 2010, Peters ran against Reid for the seat in 2006 following the passing of then District 4 supervisor, John Cecil.

This year marks the first opportunity Peters has had to run again for the seat.

“In order to get the 2010 appointment, I had to agree not to run in the election that year,” Peters explained. But his brief time in office gave him anj opportunity to build a track record, he said.

Peters also feels that the economy is the biggest issue for Mono County right now. He sees Digital 395 as one of the answers to the problem.

“It will take a few years to get going, but once it does, it will help start up businesses in communities. People will be able to move here. It will create opportunity for young people.”

Peters added that in order to attract more young people to the area, schools need to be up to par, which means finding a way to restore property values and in turn property tax revenue.

“We need to get rid of pipe dreams and focus on what we can really do,” he said. “Government shouldn’t make life more difficult for everything. We need to make sure investors aren’t hammered with high fees. We need to be welcoming.”

Peters also believes that the County needs to work on employee morale.

“You can’t favor one group over another,” he said. “Employees and geography make up the County.”

In regard to polarization among his District 4 constituencies, the only issue Peters currently sees is the potential bankruptcy in the Town of Mammoth.

“The impacts to the Town and County could be uniting or divisive,” he said. Ultimately, however, Peters felt that the whole county needed to “focus on selling togetherness, without singing Kumbaya.”

Peters has been accused of using people’s names in his campaign literature in a way that made it look as though these people were supporting him when in fact, they plan to vote for another candidate.

“I never used a name and claimed they supported me if they did not,” Peters rebutted. “I put a flyer together listing the things I have worked on and the people who helped me with my successes. I was giving credit to the people who helped.” He claimed it was a misunderstanding and he apologized privately to the two people who were affected.

As for other accusations that he has taken credit for projects he should not, Peters simply stated that his accusers are “wrong.” To learn more about Peters or find out how to contact him, visit www.bobpeters.org.

Last but not least … 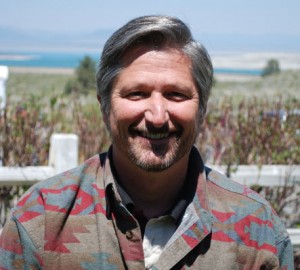 Tim Fesko believes that government is around to serve the people and wants to steer Mono County back in that direction. At 52, Fesko is the youngest candidate, and in his mind, the most passionate.

And one thing he thinks needs fixing is employee morale at the County.

“Right now there is an appearance of favoring one group over another [at-will vs. union employees],” he said. “It makes morale bad, which leads to bad service.”

Fesko believes the door is always open for change and that government should listen to all ideas in order to find the best notions.

“We need to get supervisors to think outside the box,” he said.

Fesko claimed that if elected, he wouldn’t be afraid to say no if necessary. “You’re not going to make everyone happy all the time. I never pander to anyone and I don’t have to be on the winning side of a vote.”

He has already promised some constituents that he won’t become a “good old boy” if elected.

“I will come to the table prepared, but will always keep an open mind,” Fesko said.

He believes that in order to deal with polarizing issues among his constituents, people must be educated.

“You may not be able to change someone’s mind, but you can help them understand where you’re coming from,” he said. “We have more similarities than differences.”

Fesko is in favor of reducing county fees to stimulate the economy as well as taking the supervisors’ salaries back to the 2008 level, two items that current District 1 Supervisor Larry Johnston has previously brought to the dais without success.

In order to push these items through, Fesko claimed he would bring all the facts to the table.

“It goes back to being prepared,” he said.

Fesko, who’s main tagline while campaigning has been transparency and accountability in government, has also been on the receiving end of some campaign smears in the last month, including a public discussion of a lawsuit he is currently involved in with his brother. However, he doesn’t believe that issues such as this should sway voters for or against him.

“If you’ve been in enough contracts, someone is going to get upset,” he said. “It’s the same with the Mammoth lawsuit … are people going to stop liking Mammoth because of it? These issues are just trying to get the people and myself unfocused from County issues.”

Besides, Fesko concluded, “This isn’t about me, but about the County. The next Board will set the tone for the next 20 years and the future of Mono County.”

One of Fesko’s main promises is not just listening to, but actually hearing the public.

“You can literally kick me in the butt if I’m not hearing you,” he said.

Learn more about Fesko and how to contact him at www.fesko4supervisor.com.