Two-term incumbent Susan Cash is defending her seat on the Inyo County Board of Supervisors this year. She is being challenged by current Bishop City Councilman Jeff Griffiths and local businessman Russ Aldridge.

Cash, who has a background in accounting, is a former county employee who toppled Julie Bear to gain the District 2 seat (which essentially encompasses the City of Bishop) in 2004.

She says she got into politics over the tobacco settlement issue, where she said the will of the voters (who wanted the money allocated to local hospitals) was trumped by a lack of responsiveness of the County Supervisors.

She appears to be running on the strength of her fiscal record. As she said in a statement which appeared in the Inyo Register:

“I am proud to say that Inyo County is one of the most economically stable counties in California. Out of 58 counties, Inyo is ranked #2 in Net Assets per Capita. Inyo County is one of the few counties free of structured debt. We have reduced staff through strategic reorganization of duties in response to lower revenues, while continuing to provide the same quality services to our communities. This is directly attributable to our employees’ dedication to the public and the fiscally conservative oversight of the Board of Supervisors. We have our reserves intact, balance the budget every year, and we are moving forward on several issues.” 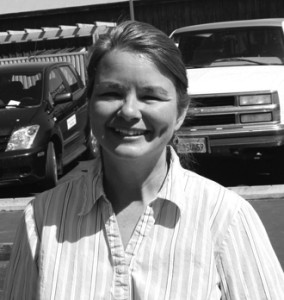 In her statement, she also trumpeted her role in advancing the Digital 395 broadband project and an ordinance which gives preference to local contractors when bidding on County projects.

In follow-up calls to Praxis Associates’, the company which spearheaded and will ultimately build the Digital 395 project, representatives said they perceived Cash as more of a bandwagon-jumper. They assigned more credit to Griffiths and Mono County District 2 Supervisor Hap Hazard in advancing the project.

Griffiths, a six-year Councilman, said he enjoys government work and feels like he’s done a good job on Council. As far as his fiscal record, he points to reducing the City’s administrative costs by $400,000 during his tenure.

Griffiths believes his strength may be in how he leads. While he touts the City’s partnerships in creating a dog park and community garden, it’s his perception that the County needs to be more collaborative in working with agencies.

When all three candidates were asked by the Register “Is there adequate communication and/or coordination between the County of Inyo and City of Bishop on matters affecting the greater Bishop area?” there was a clear gulf in perception.

Cash said the County and City worked together in a variety of ways. 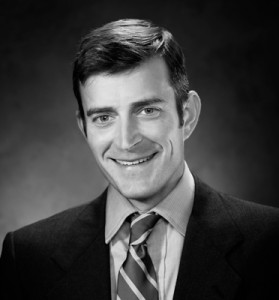 Griffiths said there was room for improvement.

Aldridge was more blunt. “It is my understanding that the communication … is very poor.”

Aldridge, who has been a plumbing and heating contractor for 28 years, is refreshingly blunt about a lot of things.

Though there is no history of political activism on either side of his family – “My family can’t quite understand it,” he says of his foray into politics – Aldridge said “I realized there had come a point where I feel too many people are getting taken advantage of.”

As for the ordinance regarding preference to local contractors, he doesn’t recall Cash being much help.

“The opposition from the City and County was unbelievable,” he said.

Aldridge, a member of the Owens Valley Contractors and Vendors Assn., said it took 18 months for both governmental entities to get something done. “It boils down to lazy attorneys,” he said flatly.

Aldridge was also the only candidate to take a definite position regarding the construction of a new consolidated County office space in Bishop. While Cash and Griffiths circled the issue elucidating pros and cons, Aldridge balked at the terms of the proposed lease/purchase agreement, saying the cost was simply too high. Besides, he said, “They don’t take care of the buildings they own [already].”

“I think this is a vanity-type deal,” he concluded.