This year, The Sheet joined forces with Roberto’s Cafe owners Joanie and Dan Schaller in offering $1,500 worth of academic scholarships to the Mammoth High School Class of 2012, which graduates on Friday, June 15.

Actually, the original number was $1,000 but once you start reading essays and gain an appreciation for the fine young people in our community … the number was bound to drift upwards.

Bryson Blake is the youngest son of the late Rick Blake, who passed away the summer after Bryson’s freshman year.

Bryson plans to attend Cerro Coso this summer and fall before transferring to the University of San Diego to attend school with his elder brother Kenden.

Kenden, by the way, has committed to rejoining the football team. He has two more years of eligibility left.

Bryson, meanwhile, hopes to walk on to the golf team.

Bryson has worked two jobs throughout high school in addition to being a student-athlete. 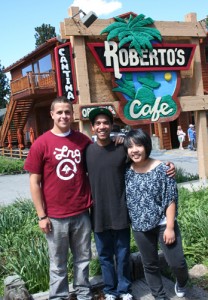 What impresses me most about Bryson is his maturity, the way he can look you in the eye, and his continuing commitment to make his father proud.

Marcos Humes was a former member of the Mammoth Freeride Ski Team, but injuries and a recent surgery have changed his focus.

He plans to enroll in the Exercise Science Program at Northern Arizona University with the goal of becoming an Occupational Therapist.

What Marcos has an abundance of is potential, and he really seems to be getting his act together. What struck me about him when I finally met him was his positive spirit. He definitely has the temperament to help people. His chosen field appears to be a good match.

Kendall Tani just flat out wrote the best essay we received, and as a newspaper publisher, I have a weakness for good writing.

Kendall was the Class Valedictorian this year, and plans to attend UCLA. Her dream: to become a Forensic Pathologist.

The time commitment: 8 years of additional schooling followed by more years of fellowships and internships.

Kendall, however, is not daunted by it. In fact, she has a keen sense of humor.

“I may not become a doctor, but I will have the medical knowledge to care for my parents and the skills to perform their autopsies when they die of heart attacks due to my incurring massive debt,” she wrote in conclusion. 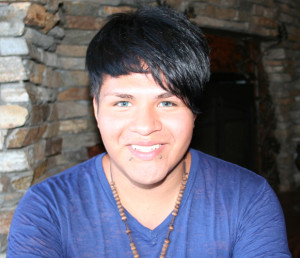 Miguel Flores has been drawing his whole life. And if a $40,000 scholarship is any indication, it appears he’s gotten pretty good at it.

Flores attended the California State Summer School for the Arts last summer in Valencia for one month. At the end of his stay, he was rewarded with a $40,000 grant to apply towards college matriculation.

This coming fall, Flores will enroll in the Fine Arts program at UCLA.

While Mammoth High School may not have offered all the art classes he wanted, Flores is lucky enough to live in the Eastern Sierra where great artists like Lori Michelon reside and teach.

Flores took two of her classes at Cerro Coso.

Flores has been in the High School’s AVID (Advancement Via Individual Determination) program since his freshman year, and enjoyed his time at MHS. “Everyone for the most part is nice. Mammoth is a great place to grow up. There’s not a whole lot of bullying. It’s a nice environment to learn. And some teachers really challenge you,” he said, mentioning Cheryl Hart (Science) specifically.

Flores was also a fan of Spencer (Spanish), Cooper (English) and LeFrancois. Another favorite (Wilson) has moved away.

A member of the Honor Society, Miguel also helped out the Drama Dept. during his high school career, building sets and doing makeup.

Sheet: What do you think of Liz Garcia?

Flores: She wants to be a mechanic and she’s totally awesome. 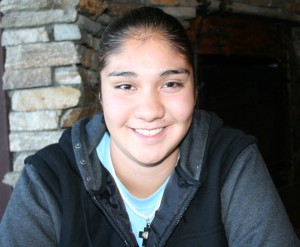 Liz Garcia does not appear in any of the group shots this week because she happened to be in Fremont checking out WyoTech.

She liked what she saw.

Garcia will enroll in a 14-month auto mechanics program at WyoTech this fall. Her dream: To work on high end and/or classic cars.

She will join a student body that is just 8% female.

Her inspiration is a familiar name around these parts – Tom Gault. She took auto shop from him freshman year (before he retired and the school eliminated the program).

Garcia has two cousins who own a shop in Merced as well as a cousin who owns an auto shop in Mexico, so clearly mechanical aptitude runs in the family.

Garcia played both Varsity Basketball and Varsity Soccer. She served as one of the captains and was a teammate of Sandy Grimaldo’s (see below). 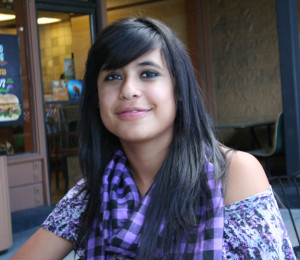 Sandy Grimaldo is one helluva soccer player. And she wants to take her soccer as far as she can go.

She will attend Santa Barbara City College this fall with the hopes of ultimately transferring to a four-year school with a Division I program.

Born in Mexico, Grimaldo moved to Mammoth Lakes when she was 10 years old and learned English when she arrived.

A middle child (“the funny one” she says), Sandy was raised by a single mother. “She got me through everything,” says Grimaldo.

Sandy has matured a whole bunch since her freshman year, and credits soccer (she started playing in tenth grade) and the influence of her coach Tom Cage as inspiring her to dream bigger dreams.

Not only did Cage speak to the Santa Barbara coach on her behalf, but he even drove her to take her SATs.

She also says the awards she’s received in soccer (league MVP her senior season) have contributed to her self-confidence.

Outside of school, Grimaldo helps her mother take care of Alice Stapp. Kirk Stapp calls Sandy, “a superstar. She has ambitions. She breaks the mold.”

Grimaldo will be putting herself through school. When I asked her what type of work she would get, Sandy replied, “I’ll probably get a restaurant job … as a host. I like greeting people, I guess.”

Favorite historical era: The Roaring Twenties. “I liked the dancing, the flappers, the freedom, the openness.” 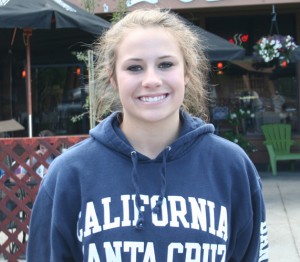 Mishelle Fiebiger, the Senior Class Treasurer, heads off to UC Santa Cruz next year to study Human Biology. Her career aspiration: to become a pediatrician.

“I initially wanted to do Emergency Room work, but … I’m not sure I want to be around death every day. So I chose life instead.”

Mishelle will be clearly missed by her father Mike (owner of Alpine Garage). “He brought me Starbucks [to school] this morning and then he came back later to give me lunch money.”

Sheet: Your father calls himself the Human Versatel. Is this true?

Mishelle (smiling): Yeah. Kind of. He likes to make everyone happy and he doesn’t like to say no.

Then Mishelle added, “I’m really independent, although that last story doesn’t make it sound like it. I’ve been working since I was 14 (Restaurant Lulu, Angel’s Restaurant, Babysitting). Like my dad, I like to be around people.”

This summer, Mishelle will shadow Dr. Kristin Wilson at Mammoth Hospital, part of her indoctrination into her chosen field.

What did she think of her experience at Mammoth High School?

On the positive side of the ledger, there is an ease and a cohesion to the class. Fiebiger said she has friends who attend Bishop High School and her experience is that the Bishop student body is more segregated and fragmented. 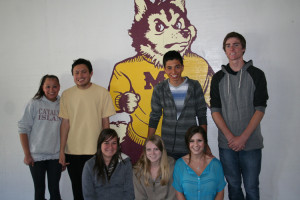 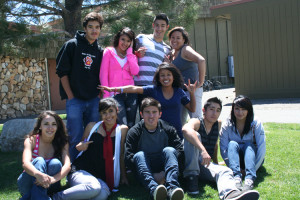 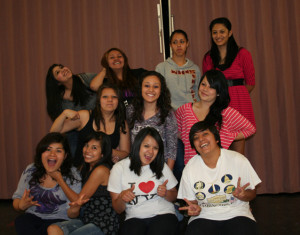 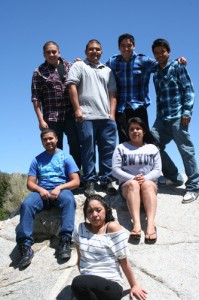 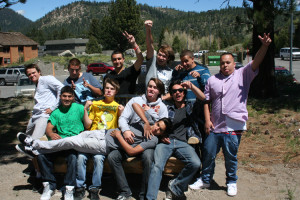 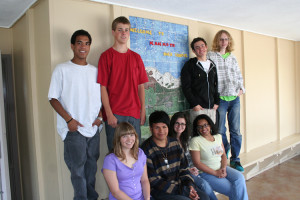