Michael Dean Hamdorf, owner of ServiceMaster of Mammoth died early Tuesday morning, June 24, 2014 with family and loved ones at his side.

He is survived by his son Kaiser, his mother Joan Hamdorf, his father Delner and stepmother Beverly Hamdorf, cousin Sue Gentry and numerous other family members. Michael was preceded in death by his younger brother, Douglas.

Michael was born in Denver, Colorado and raised in the foothill town of Morrison, Colo. After graduating from high school he attended culinary school before moving to Vail, Colo., where he worked in several restaurants and co-owned a janitorial service. He also became a resident volunteer and EMT for the Eagle-Vail Fire Department. It was there that Michael discovered his inner calling of helping others by giving of his time, energy, and endless sense of humor. The fire department allowed him to revel in the camaraderie of his co-workers, drive fire trucks and rescue vehicles with lights and sirens blazing, and aid and comfort people in times of crisis. It was a passion he loved to relive by sharing his stories with anyone who would listen.

It was in Vail, too, that he met and married Kaiser’s mother, Diane Sanders. In 1993, during a short vacation to Southern California, Michael made a quick, one-day side trip to Mammoth to visit his cousin Sue who encouraged him to move the family to California. A few months later they arrived in Mammoth with everything they owned and no jobs. An overqualified, unknown newcomer, Michael had a hard time finding employment but was finally hired as the manager of the Chateau Sans Nom condominium complex, a position he held for several years. 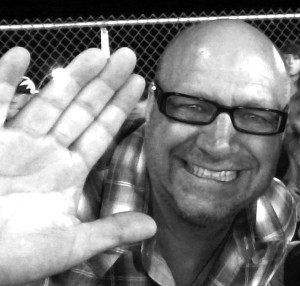 A consummate entrepreneur, Michael started ServiceMaster in 1995. Almost singlehandedly he developed it into one of the community’s most successful businesses. He spent almost every waking moment, and some of his sleep time, developing ideas to either improve or expand the company. Michael took great pride in being able to provide steady, quality jobs for his employees.

Michael’s other source of joy and pride was his son. Especially during the early years, the only time not devoted to his company was when he was involved in Kaiser’s sports activities. From the beginning Michael gave all of his time to coach Little League and AYSO soccer teams. Later he served as the Huskies ball boy in order to be on the sidelines during every high school football game; but often found it difficult to stay on top of his job while cheering on the team! During the winter he attended basketball games and spring brought baseball season. He tried very hard to never miss one of his son’s games.

More recently Michael found happiness with Violeta Martin and her family who brought joy and new music to his life. Together they started Playbig Entertainment to launch her emerging singing career. Michael was also pleased to take Violeta’s son Kevin under his wing; guiding him in school, sports, and the usual challenges of childhood.

A memorial service will be held Wednesday, July 2nd, at the St. Joseph’s Catholic Church in Mammoth Lakes at 5 p.m.