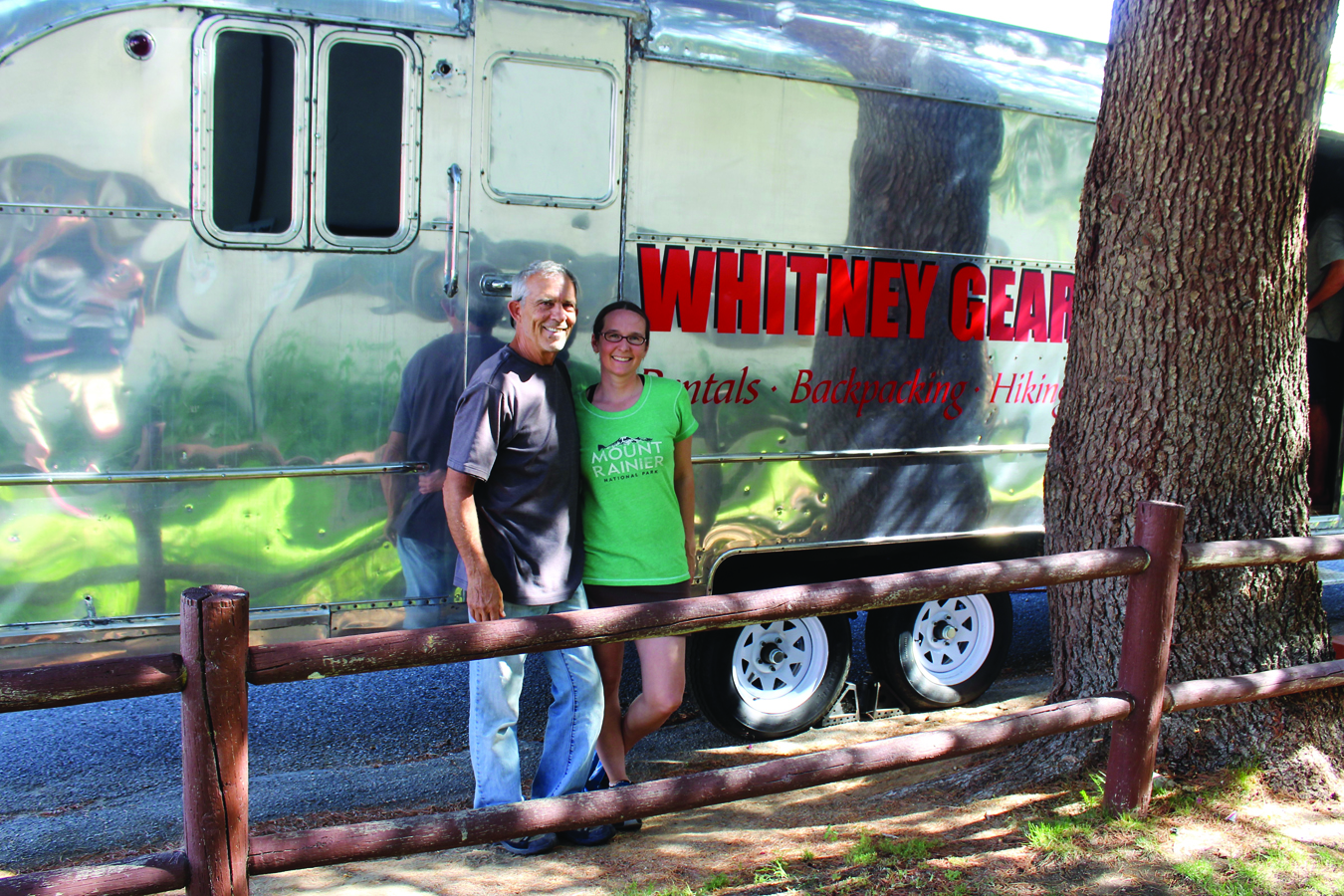 The future has come to Lone Pine, and Lone Pine’s not sure what to make of it.

Approximately three weeks ago, a pair of entrepreneurs decided to park a 30-foot Airstream trailer across the street from Elevation, an outdoor retail store located on Main Street.

The Airstream has been renovated into a mobile retail outlet, called Whitney Gear, designed to compete against the brick-and-mortar store.

Whitney Gear complied with all the rules on the books. It has a peddler’s license. And it doesn’t have to pay for the approximately three parking spaces it occupies. It’s free.

That alone, not having to pay rent to operate a shop, gives them a natural, competitive advantage.

Never mind that Whitney Gear gets to cherry-pick the optimum three months it wishes to operate versus running its business year-round.

As Whitney Gear co-owner Charlie Brown boasted at the Inyo County Supervisors meeting on June 14, “We [he and partner Mary Scudder] happen to be smarter than the average bear.”

According to The Sheet’s Charles James, “While some local businesses, including the Chamber of Commerce, have voiced opposition to its presence, other business owners contacted by The Sheet expressed a range of opinions ranging from indifference to admiration and support for the new business.

Inyo’s District 5 Supervisor Matt Kingsley has made it very clear that he’s no fan of Yogi and Boo-Boo.

He opposes Whitney Gear’s usage of the public right-of-way to peddle merchandise for private gain.

On the agenda at Tuesday’s Board meeting was a proposed ordinance, pushed by Kingsley, to essentially ban mobile businesses like Whitney Gear.

Officially, the Board considered whether or not to add a subsection to County Code which would have “prohibited parking a vehicle upon a street or road for the principal purpose of selling goods or services out of the vehicle.”

Current code prohibits parking a vehicle to advertise it for sale, using it as a sign-holder, or parking it for construction and/or repairs other than emergency repairs.

Problem is, an outright ban would have the unintended consequence of banning businesses Supervisors have no issue with. For example, Lone Pine resident and veterinarian Cheryl Howerton expressed concern at the Supes’ June 7 meeting about how such an ordinance would affect her plans to start a mobile veterinarian service.

Never mind that every kid in Inyo County would howl if Supes passed an ordinance which would effectively ban ice cream trucks.