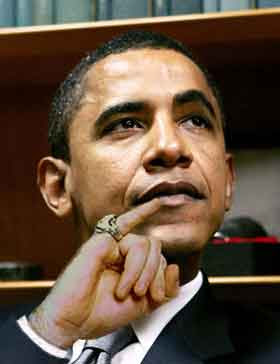 President Barack Obama (in his best Dr. Evil voice): “It’s part of something I like to call a ‘stimulus package.'” (Photo courtesy NewsBiscuit.com)