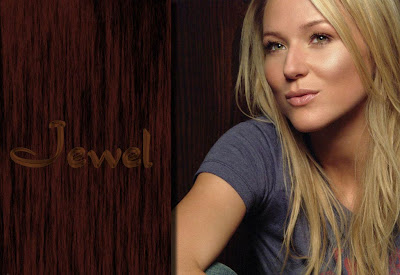 Well, that’s not the “jewel” the IAG had in mind, but since we’re looking at her picture, a little benefit concert including the singer-songwriter might be a nice idea. Just a thought … (Photo: fanpop.com)

Will new barn “raising” be enough to save inland aquaculture’s soul?

Years ago, when the Conway Ranch project was still in development, Andrea Lawrence once observed that it had the potential to be the “crown of the Eastern Sierra.” Since its recent opening, Lawrence might now agree that it is now, at least in terms of the area’s fishing community, on its way to becoming just that. That crown is, however, missing a jewel or two, but it may not be for very long.
During Tuesday’s Mono County Board of Supervisors meeting, the Board heard a presentation from representatives of Inland Aquaculture Group (IAG) and the Conway Ranch Foundation regarding the conceptual ideas and future use of the property, specifically a plan to build a new, 4,000 square-foot, “old-fashioned”-looking barn. The new building, housed in what might on the outside look similar to something from a Currier & Ives or Norman Rockwell work, would be dedicated half to incubation tanks for hatching fish during inclement weather seasons and half office-interpretive center. The troughs and layout for the incubation tank section are based on Department of Fish and Game recommendations.
Conway Ranch Hatchery Manager Justin Long said the barn is admittedly an afterthought of sorts, but is necessary to make the facility truly self-sustaining and operational year round. “No other hatchery runs without such a building,” Long said. Originally, IAG co-owner John Frederickson told the Board the idea was to hide it, perhaps half buried in the ground and hillside, but his IAG partner Tim Alpers lobbed out the idea of a new barn that would not only replace an aging, decrepit structure currently being torn down, but have the look and feel of an “indigenous” structure with a historical motif.
The barn sounds great, but there’s a hitch: the barn reportedly wasn’t part of the original use agreement for the property, which was purchased entirely with grants. Alpers said that the $450,000 estimated price tag for the structure would be paid for completely through the IAG. County Counsel Marshall Rudolph, however, advised that parts of the property could be encumbered by as many as 3-4 different grants, the agencies of which will have to be consulted about the barn.
Rudolph said the two most obvious ways around the hitch are either repay the various grants involved or request a variance. The first, obviously, would require spending money, a solution that drew mixed reaction from the Board. Supervisor Tom Farnetti said he liked the concept, but hoped the Board could avoid spending any General Fund dollars on the project. Supervisor Byng Hunt suggested any consideration of spending General Fund dollars should be “weighed against potential economic benefit.”
Supervisor Hap Hazard commented that perhaps the original role of the Ranch wasn’t clearly defined when the grants were written. He suggested more focus on master planning for the future, including exploring other types of uses and amenities for the property.
What the Board did unanimously agree on was that members were much happier with the barn, as opposed to a “camouflaged, Quonset hut concept.”
The Board opted to throw its support behind the barn via a Resolution of Support that could be used for fundraising or other negotiating purposes. Rudolph and Economic Development Director Dan Lyster said they would organize a meeting of the grant agencies involved to present the barn idea and other new plans.