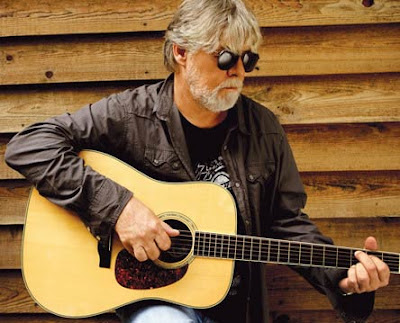 “And sometimes even now, when I’m feeling lonely and beat, I drift back in time and I find my feet … down on Main Street.” -Bob Seger, “Main Street,” 1976 (Photo: Capitol Records)

“If you don’t pay attention, we’re gonna do this thing,” quipped Rusty Gregory Wednesday afternoon.
The Mammoth Mountain Ski Area CEO was, along with Snowcreek developer Chuck Lande, on hand at a reception at the Mountainside Conference Center on Wednesday attended by town leaders, activists and Town of Mammoth Lakes staff. The purpose of the meeting: to review framework issues generated by the 2008 Hart Howerton Downtown Case Study and the proposed Neighborhood District Plan (NDP) area. All of this is in preparation for a draft NDP of Mammoth’s Main Street, the first section of which (Old Mammoth Road and Main St.) could be ready to be codified by the first quarter of next year.
He and Lande might not be the textbook definition of a “dream team,” — more like a “hallucination team,” Gregory joked — but the two are perfectly determined to make a go of Main St. redevelopment. (The last full-on attempt occurred back in 1996.)
Information from the reception, and any other comments submitted via www.mammothmountain.com, will be forwarded to the Planning Commission, which will hold its first hearing on the NDP during its next regular meeting on Aug. 26 at 2 p.m.
During his remarks, Gregory stressed the NDP’s importance in getting the town closer to completion of the General Plan. “We have to decide our future before the capital markets from outside decide it for us,” Gregory advised. Impacts on other NDPs, such as the Gateway, Shady Rest and Sierra Valley Sites, would have to be reconciled, he added, but the plan is to have the whole thing done and ready for inspection by “sophisticated” developers once the economy improves. “It can’t stay like this forever, and we should be prepared for the eventual turnaround.”
“We have to go after a sophisticated group of developers by showing them we’re organized, that we have a vision,” Gregory said. He and Lande said they want as much community involvement in developing the NDP as possible. “We’ll keep pushing,” he promised, “to keep you motivated, to get you engaged.” Helpful hint: Gregory likes to provoke a response. “Don’t ask what [the public] thinks. Take a position and they’ll tell you what they think pretty darn quickly.”

Gregory anecdotally related the comments of Governor Arnold Schwarzenegger, who remarked after a recent tour of Main Street that it “looks like the same s%$# that was there in the ‘80s.” The MMSA CEO retorted, “Well, you and the state are standing in the way.”
Not for long, though, it seems. Gregory said acquiring Main St./Hwy 203 from Caltrans is already being pursued. “Until now, we haven’t done anything about it because the perception is that the project’s too great,” Gregory said. “Is it impossible? No. It just has to be the right thing at the right time.”
Part of that “right thing” involves establishing a funding mechanism to pay for snow removal and road repair, once care and feeding of the road is left to the Town.

As the NDP goes forward, lots of ambitious and somewhat radical ideas could be brought forward for consideration, such as relocating the campground & RV park across the street, making way for an outdoor sports complex that would be adjacent to … a motel district, occupying a fair amount of what is now Main Street shopping along … a possibly widened Hwy 203/Main St.
“Downtown,” he envisions, would be skewed more toward locals, whereas the more “uptown” Village would cater more to visitors. Gregory, however, didn’t indicate any exclusivity in either scenario.
Not ignoring Mammoth’s “feet first” goal, parking, he opined, could be “pooled,” a la Santa Monica’s 3rd Street Promenade, which has parking nodes around it, but little or no actual on-site parking in the heart of the district.
It would, he said, be incumbent on the Town Council and Planning Commission to “listen, pick the best ideas and be decisive.” Finally, Gregory issued a challenge to the public. “If you don’t like it, be prepared to talk about it,” he stated, “because we’re aiming to push it through.”