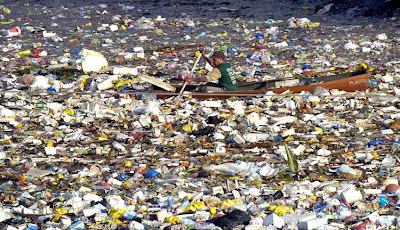 Imagine a snow-capped mountaintop. From its expansive glacial moraine flows a pristine cascade of clear refreshing water. The picture of purity? Perhaps, but you can’t always judge a book by its’ cover or, in this case, a bottle by its label.
The bottled water industry would certainly like us to believe that water from the bottle is better than other sources. The fact is, however, that they are not well regulated and their claims of purity are often unsubstantiated. The Natural Resources Defense Council (NRDC) tested more than one thousand bottles of about 100 brands for various contaminants and concluded that nearly one third of the water tested exceeded allowable limits set by the EPA.
Although bottled water is tested, it is sampled less frequently than municipal sources and held to a less stringent standard. And despite the scenic labels, the water tested by the NRDC was found to be nothing more than tap water in about a quarter of the samples. Of course, some bottled water is treated and filtered but a uniform standard for this industry is still lacking
Extensive use of bottled water is an extension of consumer mistrust of municipal drinking water. Bottled water, however, can often prove thousands of times more expensive than tap water and is often more expensive than gasoline! The expense of bottled water stems from marketing, transportation and production of plastic bottles.
Almost 15 million barrels of crude oil are utilized by manufacturers to move and make the 30 billion bottles of water consumed by Americans annually. It is estimated that only 1 in 6 of plastic bottles is recycled. The remainder wind up in landfills or floating in the ocean with the resulting heinous insult to our rapidly dwindling environment.
Where does all this plastic wind up? Some of it is carried by ocean currents to a vast mass of floating garbage, 800 miles west of San Francisco known as the “The Great Pacific Garbage Patch.” About the size of Texas and weighing several hundred tons, this environmental nightmare is composed of eighty percent plastic. While most plastic is not biodegradable, the action of the waves and elements break it down to particles small enough to be consumed by marine life, thus entering the food chain.
The effects of this toxic ingestion are being studied by marine biologists but it doesn’t take Jacques Cousteau to tell us that it will have profound consequences on everything living in this area. Preliminary analysis revealed that this slurry of plastic particles is seven times more abundant than the area’s naturally occurring phytoplankton. Although oceanographers studying this atrocity say clean-up would be “almost impossible,” we can help by limiting our use of all plastic products and recycling when possible.
As we have established the undeniable link between plastic and pollution perhaps we should explore evidence regarding bottled water intake and health. Where does the plastic end and the water begin?
A recent study by the Center for Disease Control (CDC) found that 95 percent of Americans have a chemical known as bisphenol-A (BPA) in their urine. BPA comes from plastic and can leach from containers into their contents. BPA is found in a wide variety of products, most notably, polycarbonate containers, the lining of aluminum cans and even water towers and pipes. BPA is known as a xenoestrogen and an endocrine disruptor. It mimics the effects of estrogen and may be linked to hormone irregularities, premature onset of puberty as well as breast and prostate cancer. A recent British study indicated that high levels of BPA could be associated with heart disease and diabetes. According to the National Institutes of Health, BPA poses “minimal health risks overall.”
Nevertheless, BPA-free containers, baby bottles and sippy cups continue to sell like hotcakes. Alternatives to BPA containing polycarbonate plastics include polyethylene and polypropylene. The composition of plastics can be determined by the recycling code, which appears as a number inside a triangular symbol on each plastic container, usually on the bottom. Polycarbonate (BPA-containing) plastics often bear the number 7. In general, numbers 1-6 are considered BPA-free. This, however, does not ensure their absolute safety as other byproducts of plastic breakdown may be unhealthful as well. Reuse of containers is commendable but remember that heating and washing of plastic can hasten its breakdown.
The bottom line: ome people just prefer bottled water and there are times (on the road or traveling abroad) when its use is unavoidable. In my opinion, however, properly filtered tap water is as good or better than most bottled brands. When you consider the inflated cost, the impact on our precious environment and the possible health effects, it makes sense to utilize a reusable container to drink your recommended 2-3 liters of water per day. Otherwise, attempt to recycle plastic whenever possible.
“It was the Law of the Sea, they said. Civilization ends at the waterline. Beyond that, we all enter the food chain, and not always right at the top.” -Hunter S. Thompson

For more info on plastic and recycling visit www.earth911.com/plastic and go to www.cnn.com/pacificgarbagepatch to learn about the patch.