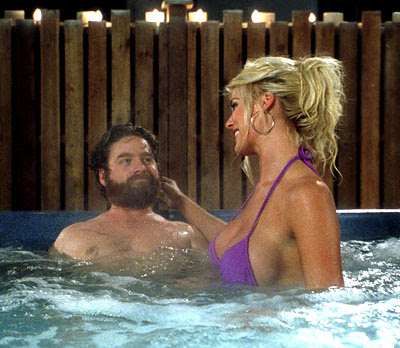 According to Mammoth Mountain’s Vice President of Real Estate Development Jim Smith, the ski area is not trying to ram plans for the Downtown redevelopment and the Neighborhood District Plan down the community’s throat. Quite the opposite, he says. We’re just trying to get community input up front.
“It seems backwards to have a developer who is in the process of getting a use permit being the one to shape the NDP,” Smith said referring to the way the Neighborhood District Planning process has been run thus far. “Obviously they are going to make their project fit.”
District Planning came into play during the Town’s General Plan Update process. Given various intractable disagreements, such as which areas of town should have more height and density. these policy discussions were pushed off to be solved in the future via district planning.
The way the process has evolved so far, if a developer wants to build a project and a district plan has not yet been created for the area in which he or she plans to build, the developer is responsible for doing the study.
Admittedly a developer, Smith claimed that MMSA has very little vested interest in Main Street, pointing out that MMSA only owns a small portion of the district where its Kids Corner childcare facility sits. They do have the same interest in sprucing Main Street up as everyone else, however, as a more inviting Main Street is expected to enhance the visitor experience and make Mammoth a more desirable destination.
“We don’t own the [Main Street redevelopment] project,” Smith said, “we just wanted to get the discussion going. People keep telling me they are afraid I am going to take their property away from them, but how can I do that? I can’t just walk in and take their keys. If you like what you’ve got, keep it. If you don’t, let us help you make a profit.”
Which is why MMSA had deisgn firm Hart Howerton create a Downtown concept that covers the entire Neighborhood District Planning area of the Main Street Corridor, North Old Mammoth Road, and the Shady Rest Districts.
At a public workshop Tuesday, Community Development Director Mark Wardlaw described the Hart Howerton concept as the most extreme in terms of change. The plans show a complete makeover of Main Street with parks and a hotel district placed according to the designer’s desires regardless of current zoning. “We asked Hart Howerton to create the concept this way,” Smith explained. “We told them to build Mammoth from scratch so that we could have a basis for discussion and analysis.”
Smith described what they were trying to do as creating bookends for discussion. The Hart Howerton concept serves as one extreme while doing nothing serves as the other.
At the workshop participants were asked to discuss what they think should be on either side of Main Street in the future, and how to make the area more inviting.
Better pedestrian connections were at the top of the list, but not everyone agreed on how to achieve that. At least one participant, Sierra Lodge owner George Tschiporikov, wasn’t sure that shrinking Hwy 203 was the answer. Tschiporikov wanted to be sure that by shrinking the road, the Town and the Mountain weren’t just going to intensify the Main Street problem by creating a giant bottleneck of cars going to and from the Mountain.
“Right now 203 moves traffic,” Tschiporikov said “You don’t want to have people visiting from LA arriving on a Friday night and sitting in traffic.”
Smith claimed that the plan was to expand route options so as not to create a bottleneck, using a planned gondola along Main Street as an example. Greater use of Meridian Boulevard could also divert traffic to other corridors. However, no traffic analysis has been done yet to determine the true implications of shrinking 203.
The feedback received at Tuesday’s workshop will be incorporated into plans that will be brought before the public in November or December.
“We are going to listen to what people have to say but still keep good planning principles,” Smith said.