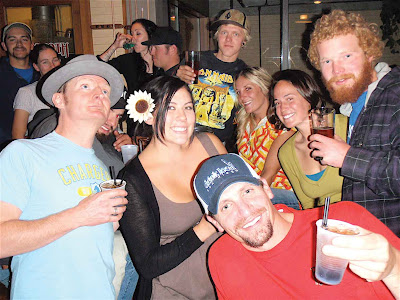 Mac and the gang at Whiskey Creek, 4th Quarter. According to Sheet publisher Lunch, the only thing that might have improved this picture was Mac moving a little more to his left! (Photo: Thies)

And an all-pro hangover? Check out Monday Night Football, Mammoth-style